When Northern Rock, RBS, HBOS  and other UK banking institutions failed, the UK Government belatedly stepped in with a financial bailout. But with Scotland independent, could Scotland expect English taxpayers to stand behind a failing Scottish institution?

George Osborne and his “Better Together” lot repeatedly broadcast, in the course of the referendum campaign, that in the event of a Yes vote the Bank of England would not allow Scotland to use sterling and would not act as the lender of last resort should Scotland experience financial difficulties in the future.

In the course of a “face to face” meeting on National television in Scotland Alistair Darling accepted Scotland had every right to use sterling and this would not need the authority of the Bank of England.

But he repeated the “mantra of fear” that the Bank of England would not provide bank of last resort support. But in reality Osborne and Darling were only intent on providing substance to their mendacious propaganda since they were well aware that provision of financial support to Scotland, if requested would not be withheld.

Precedence for such support had been established, at the time of the World financial crisis in 2008 when, the UK loaned Ireland £20 Billion, (at a knock-down rate of interest). In a statement, seeking understanding of his decision to, “prop up” the Irish economy George Osborne, UK Chancellor said, “Ireland is our very closest economic neighbour and we must assist.” 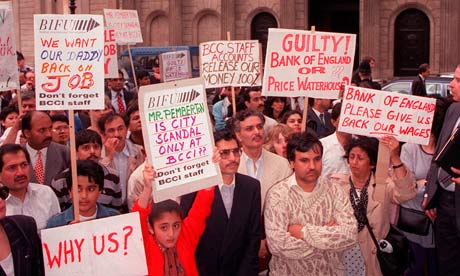 Bank of England officials and Grant Shapps (Conservative Party chairman)  claimed the UK Chancellor had botched the banking bailout and the Bank of England would never match the £10bn profit (out of the crisis) made in the US.

Sir Mervyn King, Governor of the Bank of England, said  “The sad truth is, in 2008, the idea of focusing efforts on recapitalising the banking system was a UK idea. We got there first but, like many UK ideas, the Americans developed it faster and better.”

The US forced all major banks to take State money, buying the stakes at about half their book value. The UK paid roughly twice the US rate, taking positions in the three worst-affected banks – RBS, Lloyds and HBOS.

A Treasury source said: “The Government judged that without a taxpayer injection the banks would have collapsed, with consequences for financial stability and people’s money, and it judged that was an unacceptable risk to take. The Government was bailing out UK banks with global operations.  Ireland was one international business, but not the only one.”

80% of the peak losses at RBS stemmed from its London-based businesses. The financial crisis shows us that bailing out the banks – like reinsurance – is a risk that is global in nature and shared between countries, and any tales about Scotland having to accept the burden all by itself are pure myth.

When Sir Philip Hampton, chairman of RBS gave evidence to the House of Lords in November 2012, he was quite clear:

“We have used many central banks as a lender of last resort for the many operations that we have in the many jurisdictions in which we operate. That is a key part of what central banks do in the jurisdictions that they control. Just because there might be an independent Scottish Government does not mean that all our lender of last resort facilities would disappear; they would be continued.”

This works when a country has a banking and a fiscal union, as the UK does.  And is supportive of the SNP’s plan for  “two governments one central bank” in the event of a Yes vote in the referendum.

The Bank of England would provide “bank of last resort” support to Scotland, if necessary. But should difficulties arise with the foregoing arrangements the final fall-back position (assuming both  rUK and Scotland retained membership of the EU) would be to seek assistance from their EU partners. Successful requests simply require a majority vote in favour, but the decision is binding on all EU members.

Provision of financial support would not be breaking new ground since this is exactly what occurred  when Ireland, Spain, Portugal and Greece were extended bank of last resort backing from the EU and the Bank of England donated its share.