Credit Suisse is one of the world’s leading banks, with more than 45,000 employees, offices in 50 countries and expertise in nearly every facet of banking, investing and finance. 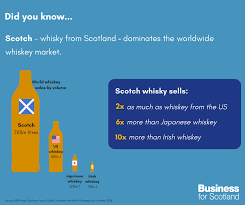 The Human Development Index is a composite statistic of life expectancy, education, and income indices used to rank countries into four tiers of human development.

A newly independent Scotland would have a better Human Development Index (HDI) than the rest of the UK, even without oil, a leading international finance company has said.

A report by Credit Suisse:

has concluded that on key areas of life expectancy, education, and income a newly independent Scotland would be ranked higher than the rest of the United Kingdom.

According to the report’s authors, an independent Scotland would be ranked four places higher than the rUK.

Scotland would rank 23rd if we include a geographical allocation to Scotland’s GNI [Gross National Income] related to the North Sea oil output, versus the current 27th place for the UK and the hypothetical 30th for rUK.

Note: Even excluding any allocation of oil output, Scotland would still rank ahead of the UK.”

Comparing the success of small countries with that of larger nations the report said:

Public services in smaller countries benefit more from ‘pooling resources’ and the ‘economies of scale’ than larger countries.

Research shows that large countries tend to have higher tax rates for individuals (by 5%).  So the cost of funding public services for the individual is higher in larger countries than in small countries.  The Credit Suisse Research Institute also explained that small countries are one of the “leading geopolitical trends of the last fifty years“.

The report and comments were welcomed by an SNP Treasury spokesperson who said:

“These comments are very welcome. Using academic data, the report sets out Scotland’s potential and how our development rating would outperform the UK- even without oil- following a Yes vote.  The report also found that smaller countries are better able to ‘effectively’ and ‘cheaply’ deliver public services, and most of the small countries mentioned do not have nearly as many of the resources we have here in Scotland.  This highlights once again that Scotland is perfectly positioned to flourish as an independent nation. We would be able to concentrate on our talents, grow our economy and build a better and fairer society following a Yes vote.” 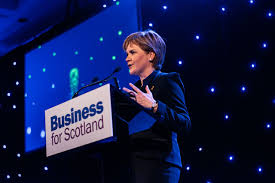