The Political Ideology of “New Labour”

The political thinking of right wing “New Labour” politicians is closely aligned with their Tory “soft left” colleagues in Westminster and in political pressure groups in England, Wales and Scotland

The right wing faction opposes just about all of the economic policies of the labour unions, especially regarding nationalization and control of the economy for the benefit of union membership and its thinking repudiates the concept that socialism identity’s with public ownership as the only means of efficient production and service provision, and that such ownership is essential to achieve all major socialist objectives.

It actively promotes support of personal liberty, social welfare, and above all social equality and advances the argument that targets can be achieved through the use of appropriate fiscal and social policy policies within a market-oriented mixed economy.

Public ownership is not ignored but is regarded as  a tool to be used sparingly.

The thinking is termed “Transatlanticism” and is the belief in and support of a close relationship between the United States regarding political, economic and defense issues, coupled with the unquestionable belief that its support maintains security and prosperity and the protection of perceived values that unite the two nations.

It is fully supported financially and politically by the US and is monitored by the secret services of both countries.

Many politicians, peers, other public figures, agencies, news presenters, entertainers and media managers are recruited to the ranks of the secret services and their contribution to the cause is huge.

They are trusted and have the ear of the public. 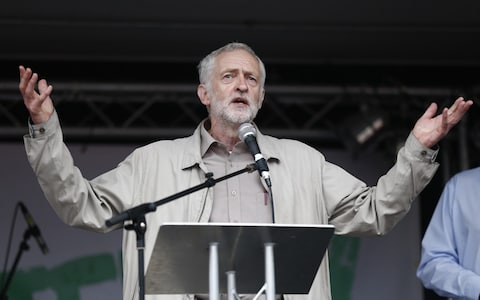 The rise of the left in the Labour Party is matched by a significant drop in the fortunes of “new Labour”.

A return to government by Labour is possible but not probable, if the US and the Secret Services get involved.

In Scotland the party under, the leadership of Leonard will pursue an agenda for change well to the left of the SNP government and might enjoy a small measure of success.

The tussle for control of Scottish politics will probably revert to a two party confrontation between the SNP and the Tories and the SNP would do well if they challenge the credibility of Ruth Davidson, the only political asset they possess.

Previous party manifesto’s contained little in the way of policies to be adopted by the Tories in Scotland and public awareness of the scarcity of any political thinking by Davidson and her personally selected bunch of cretins should be exploited. 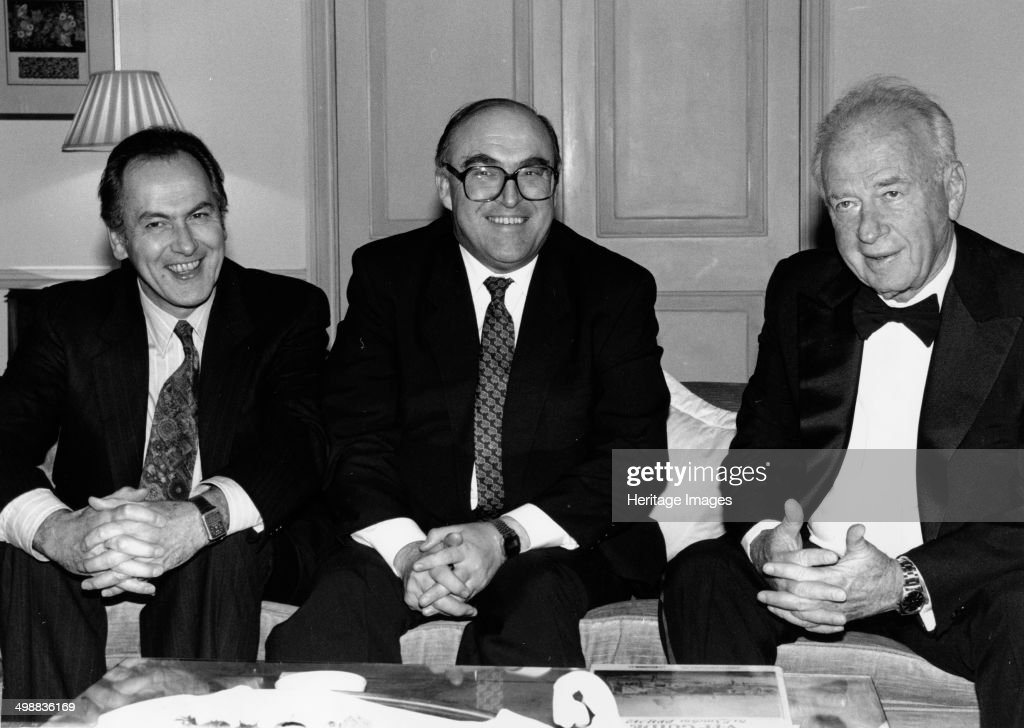 Reds Under the Beds: The British Secret Service and the Labour Party

Labour politicians, including the late Donald Dewar, the late John Smith, Gordon Brown, Lord George Foulkes, Lord George Robertson, Lord Peter Mandelson, Tony Blair and the late Robin Cook were precisely the types the intelligence services longed to see take control of the Labour party and it is believed that contemporaries and acquaintances of these leading Scottish Labour figures took active roles in organizations sponsored and endorsed by MI6 and the CIA. (The Sunday Times) 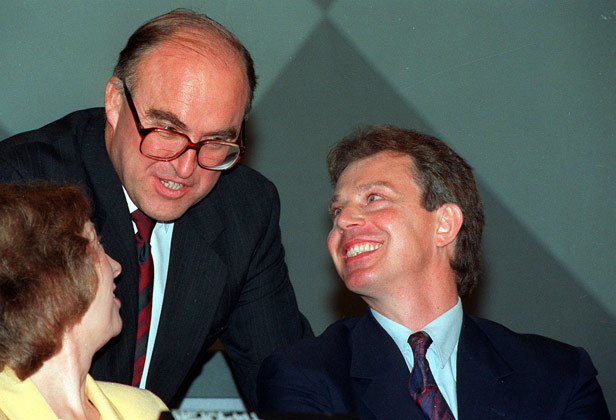 So who was John Smith?

The public persona was that he was a genial, whisky-drinking Scots lawyer from the traditional Labour right. Not so.

John Smith and his close friend and political ally Denis Healey were senior figures, with others, of the influential right wing, Bilderberg Group and were members of its Steering Committee.

It was Smith, then leader of the committee who arranged for his young protegee, Gordon Brown to be invited to the 1991 meeting of the group.

He also recruited Ed Balls, formerly a leader writer for the Financial Times as political advisor to his team. An ideologist for globalization, Balls had spent a year in America as a Kennedy Scholar at Harvard from where he adopted US economics ideology.

A trend embraced by other prominent Labour figures, such as, Yvette Cooper MP, (whom Balls later married). David Miliband, head of Blair’s policy unit and Gordon Brown, later to become the UK Chancellor of the Exchequer.

Just about all of the “New Labour” people with influence had some connection to America and American money……Tony Blair took the US government’s free tour of the States and extended stay in 1986 with Gordon Brown and assured his hosts that, while officially members of CND they and the Labour Party under their leadership supported the nuclear deterrent and retention of Trident by the UK. Blair, and his team in 1983, all joined the CIA front, Labour Friends of Israel.

The Role of the Secret Services in the Labour Party

An example of the British secret services infiltration into the “New Labour” party is Margaret “Meta” Ramsay, (who attended Glasgow University with John Smith) and was the President of the Scottish National Union of Students between 1959 and 1961.

From 1962 to 1967, she was secretary of the Fund for International Student Co-operation, (FISK) where the organizer was Lord George Foulkes.

In 1969 the Radical Student Alliance published a pamphlet alleging that (FISC) was a CIA front.

This was denied, but Ramsay, a life-long chum of the, “Smith’s” went on to join the British Secret Service where she was a specialist in the Scandinavian states.

She also became an active member of the Labour Party, attending conferences where party officials were apparently “unaware” of her intelligence connections and in August 1992, she was appointed to the position of foreign policy adviser to the Labour leader John Smith.

As well as raising a few eyebrows, the appointment begged the question:

“What was the leader of the Labour Party doing employing a known high-ranking MI6 agent in such a senior position?”

A fluent Russian speaker, she was also actively involved with the American backed and funded “Institute for Jewish Policy Research” and the “Zionist Labour Friends of Israel.”

A fluent Russian speaker she was recruited to the British Secret Services together with her friend Margaret Ramsey.

Her powerful role in the service was only revealed after the death of her husband when she was awarded the title of Baroness of Gilmorehill and elevated to the House of Lords.

She is a member of the Intelligence and Security Committee, which provides parliamentary oversight of the Secret Intelligence Services and is an advisory council member of the foreign-policy think-tank, the Foreign Policy Centre.

She is also the Lords Chair of The Labour Friends of Israel and leads the London based “intelligence” company, Hakluyt, allegedly started by MI6 officers to carry out “deniable” operations in support of government policies.

Smith’s eldest daughter Sarah is the Scotland Editor for BBC Scotland, having joined in Spring 2014 for the run-up to the independence Referendum on 18 September 2014. 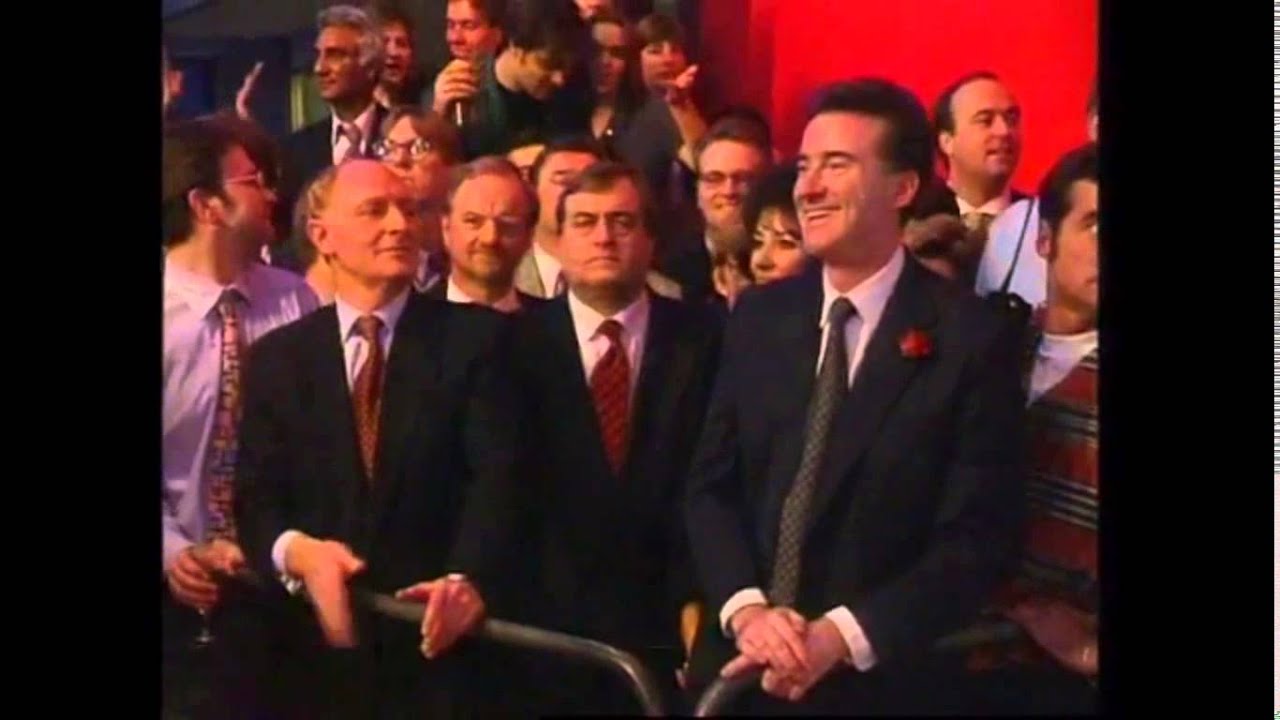 The main political parties in the UK are tied financially and politically to Israel and the US.

European centralization was always a non-starter for the “Little Englanders” and the future of the UK will be tied to a steady process of assimilation by US markets and standards.

Scotland (before the 1707 Act of Union) maintained important trading and political links with many European countries and there is a desire to get back to those arrangements but this can only be achieved by an independent Scotland.

Well, that’s certainly opened my eyes about John Smith 😮
And, of course, his daughter… 😐

There is so much more going on today. The children of the Scottish Labour Party royalty are well place to carry on the work of their parents.. I might write them up. Make your eyes water.

Nice one Jock. It’d be greatly appreciated if you’ve got more precise references / bibliography for the claims. Agee and Wolf’s work backs up what you’re saying for earlier in the period, but I’d like to follow up later details too.

Another great piece, thank you!

Belatedly….. just come across this. With this kind of material you the to be very careful and give all your sources. John Smith was not a co-founder of Bilderberg. He was, however, on its steering group. I wrote to the Group and asked and got this back from them:

Letter from Maja Banck, Executive Secretary of Bilderberg Meetings, to the author, 13 April 1999: ‘the late John Smith has been a member of our Steering Committee between 1989 and 1992.’

Thank you Robin. I will amend the blog