25 October 2016: Mundell’s son (the MSP) says that the SNP’s pursuit of a ‘Norway-style’ deal with the EU could force a Scottish English Border

He said: “This is yet more evidence that the SNP are only interested in breaking up our United Kingdom as the European Union are not interested in giving a separate deal for Scotland yet now we hear they want a ‘Norway style deal’ that would only succeed in creating a border between ourselves and England. This is hugely misguided from the SNP who know that the UK exports market is worth four times as much to the economy than our exports to the European Union. Instead of this grandstanding, they should be promoting the important links between ourselves and major cities in the North in a bid to boost economic growth in Scotland. The vote to leave the European Union was conducted as the United Kingdom and our interests will be best served by negotiating as the United Kingdom. People in Dumfries-shire voted overwhelmingly to remain part of the Union two years ago and will not be impressed by the SNP looking to put up borders between our friends a matter of miles away.”

The Republic of Ireland and Northern Ireland have functioned extremely well, (without a hard border,) for nearly 100 years. A clear statement of intent has been issued by Westminster stating that there will be no change in this arrangement after Brexit. The same ruling would be extended to the Scotland England border

However, a recent poll indicated that this fear scare, (much trumpeted by the 2 Mundell’s) no longer bothered around 47% of Scottish voters who would be happy to see the introduction of border controls which would inconvenience England much more than it would Scotland.

Mundell’s at the count in Dumfries

21 October 2016: Mundell gets an answer from his own electorate — Would you like another independence referendum? (The Cumnock Chronicle)

A consultation has been launched to reconsider the question of Scottish independence before the UK leaves the EU. Now, the Border Telegraph and Peeblesshire News want to find out if you’re in support of another referendum following the announcement from Holyrood. The Scottish Government claim the draft bill has been prepared to protect Scotland’s interests in light of the UK vote to leave the EU and the overwhelming vote across Scotland to remain. By having the bill available, the government says it will allow all options for the Scottish Parliament to protect Scotland’s continuing relationship with Europe. The draft bill proposes that any referendum would be run in a way similar to 2014, with technical adjustments to reflect recent changes in elections law and procedures such as individual registration.

Do you want another independence referendum? Readers voted: Yes: 82% No; 18%

Oh dear there are 3 of them

Another independence referendum holds no fear for Scots who believe in democracy.

The referendum will be conducted under the same rules as in 2014. This provides a voice (denied them in the recent EU referendum) for 16 and 17 year-olds and EU citizens residing in Scotland. This has the potential to add 150,000 more pro-European voters to the 1,811,911 remain voters that voted in the referendum.

An analysis of voting history in Scotland indicates another Scottish independence referendum will produce this result: Yes: 55% No: 45%

Throughout the 2014 referendum campaign Unionist supporters, press and media conditioned Scots to believe that the UK was a “family of equals” who would continue to enjoy the benefits of EU membership, but only if the vote was to remain with the UK. The fear tactic worked a treat.

Only 2 years after, in the 2016 EU referendum Scotland and Northern Ireland voted to remain with the EU but the big clunking fist of Westminster voted to leave. So tough on the Scots and Irish. The UK is to leave the EU. Yet again Westminster has said “jump” to the Scots. But will the reply be “how high?” or “get stuffed!!”

Just had to get her in

Scottish Secretary David Mundell has indicated Holyrood will not automatically be handed more powers when the UK leaves the EU. He said the devolution settlement would undoubtedly be changed as a result of Brexit, but insisted how would be “subject to debate and discussion”.

In the commons Mundell said: “It’s self-evident that, because the devolution settlements within the UK are predicated on the basis that the UK was a member of the EU, then those devolution settlements will be changed by the UK leaving.” But he added: “Those will be matters which will be subject to debate and discussion.” Asked by an SNP MP to “categorically rule out” the “re-reserving” of powers to Westminster. Mr Mundell did not.

Unsure of their Loyalty

25 November 2016: Mundell’s suggestion more powers could be transferred to the Scottish Parliament as a result of Brexit a “smokescreen”

In a recent BBC interview he said: “What I think hasn’t been fully understood and is only just beginning to be debated – which is what I want to encourage – is that by leaving the EU that will have a fundamental change on the devolved settlement here in Scotland and indeed elsewhere in the United Kingdom. For example, and I think self-evidently, agriculture and fisheries are two of the issues currently exercised at European level. Both the NFU in Scotland and the Scottish Fishermen’s Federation are coming forward with their views as to how these sort of powers should be taken forward post leaving the EU. But there will be significant powers in the area of the environment and there are also powers in relation to the criminal justice system as well.”

Would you buy a used car from this man?

In the event Brexit is adopted Holyrood will lose a significant number of devolved powers due to the fact that there is no clearly defined UK single market at present and Westminster will need to establish one which operates in its favour. To achieve this the UK government will greatly expand the range of powers that are reserved to Westminster.

To facilitate this a review will be conducted encompassing (but not exhaustive): whisky, food and drink, fishing, farming, creative industries, manufacturing, construction,engineering, medical research, oil and gas, renewables, global transport, tourism, IT, financial services and education.

In addition as powers presently transferred to the EU in 1998 are transferred back to the UK they will not then be devolved to Scotland. E.G. fishing, agriculture. Scotland will lose out again when Westminster tightens its control of the political agenda. 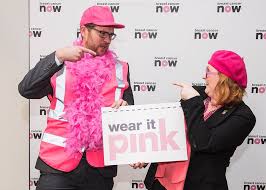 fluffy will do what benefits fluffy.I remember him with the Libdums but jumped ship when the Tories came calling. Does a lot for the community pish !!!. Local people would carry out the hard work then fluffy would turn up for the photo and claim credit. only once this did not happen because my wife was involved and told him to get to f–k

Mundell and his mob should move over the other side of the border. before the border controls are put in place. And take Ruth the mouth with them. Personally, I would be thrilled to bits. I would even take a shift on the gun towers to make sure the dirty wee bastards couldn’t crawl back over the border. Ruth the Mouth must have been tae the vet. and the dog parlor tae get a clip. as she has lost that Hereford bull look. She has maby got something going with her boss. It is no impossible you know. look at Farage and Trump.

That is most likely something that many do not realise, that brexit would have a hige effect on devolution. Many do not even know, and I mean on both sides of the border, what devolution means now. Of course it is more important to Scotland, but many are taken in by the ‘more powers’ and ‘most devolved country on the planet’ crap that the bbc and tory and pretendy lefty rags spout, day in, day out.

My cousin in NE england and her partner still think that they subsidise Scotland to have free prescriptions and no tuition fees etc. They also think, well until I said otherwise, that Scotland actually takes in the oil revenues!

The state run media will ramp up their lies, fabrications and propaganda, and in fact they are already doing that. They couldn’t bare to show N. Sturgeon in Ireland, being so well received and respected.

Tough, the message is getting through, just how dysfunctional and destructive the so called union is for Scotland, and now we have Ireland to help our cause! Great to see that happening, and not a moment too soon.