The New York Times Magazine featured the under-noted must read story. In print, it occupies an entire issue. It is a very  long article and is perhaps best saved and perused over a few days

This is a story unlike any previously published. The product of some 18 months of reporting, it tells the story of the catastrophe that has fractured the Arab world since the invasion of Iraq 13 years ago, leading to the rise of ISIS and the global refugee crisis.

The geography of this catastrophe is broad and its causes are many, but its consequences — war and uncertainty throughout the world — are familiar to us all.  The story gives the reader a visceral sense of how it all unfolded, through the eyes of six characters in Egypt, Libya, Syria, Iraq and Iraqi Kurdistan.

Accompanying the text are 10 portfolios by the photographer Paolo Pellegrin, drawn from his extensive travels across the region over the last 14 years, as well as a landmark virtual-reality experience that embeds the viewer with the Iraqi fighting forces during the 2016 battle to retake Falluja.

It is unprecedented to focus so much energy and attention on a single story,  but what follows is one of the most clear-eyed, powerful and human explanations of what has gone wrong in this region that you will ever read.  By Scott Anderson.  Photographs by Paolo Pellegrin. 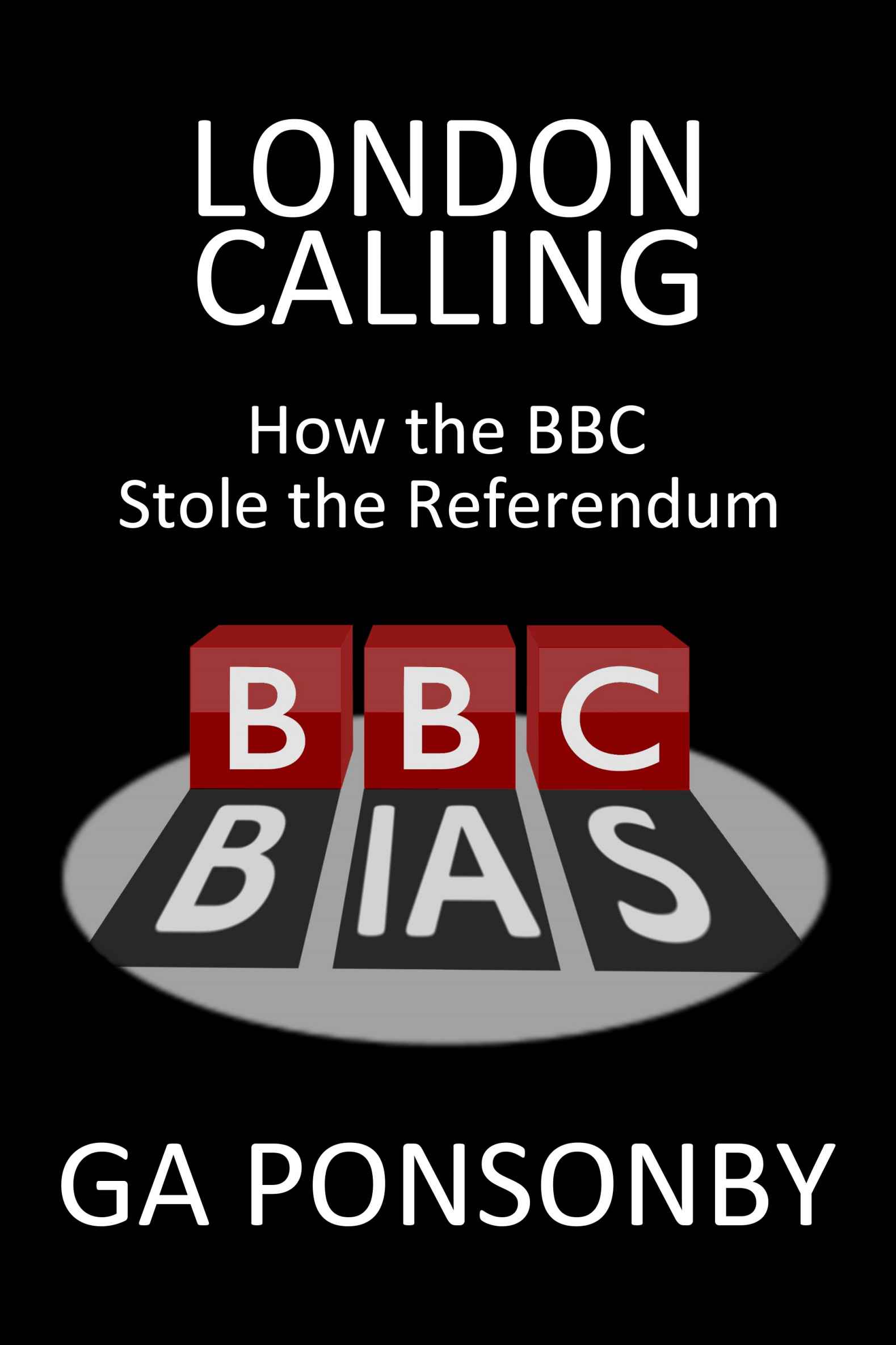 The under-noted persons are given mention in this advisory note which questions yet again the oft stated impartiality of the BBC in Scotland.

Six Glasgow Militant Tendency members face expulsion when they appear before the Labour Party’s constitutional committee in Glasgow on disciplinary charges. They face a variety of charges, including being members of the Trotskyite group, and bringing the party into disrepute.

Those appearing include Bob Wylie, once listed as a member of Militant’s central committee and its Scottish spokesman. Militant newspaper’s former West of Scotland correspondent, he is now a freelance journalist and a member of the Glasgow Central CLP branch.

The others, all members of the Glasgow Pollok branch, are:

It is believed that another six members of the Pollok branch could face similar charges in coming weeks. Last autumn the NCC expelled six Militants from the Cathcart branch, and a month earlier expelled Mr Sheridan. If all the Glasgow expulsion go through it will be the biggest

purge of Militant Tendency supporters from Labour since Liverpool. While Militant supporters label it a ”witch-hunt,” there are claims that Militant is about to set up a separate political party. Several expelled members are believed to be preparing to stand in the forthcoming regional elections.

Additional information is to be found in: Militant: 2016 edition: Written by Michael Crick (Updated and expanded), Crick explores the origins, organisation and aims of Militant, the secret Trotskyite organisation that operated clandestinely within the Labour Party, edging out adversaries at grass-roots level and recruiting people to its own ranks, which, at its peak in the mid-1980s, swelled to around 8,000 members. Whilst eventually most of its leaders were expelled, it caused damaging rifts within the party and closed the door to Downing Street for almost a generation.

19 May 2003: Indefatigably yours George Galloway and his close friends

George pens a weekly column for the Scottish Mail on Sunday and “two or three” of his five closest friends are journalists. He has spoken to John Boothman, editor of BBC Scotland’s Holyrood Live, every day for 20 years or more. BBC news correspondent Bob Wylie is another

close friend. They, not his fellow MPs, are his political sounding boards. http://www.scotsman.com/lifestyle/indefatigably-yours-1-648573

The former head of news at BBC Scotland, John Boothman, has taken up a media training role with lobbying firm Charlotte Street Partners.

Boothman, who moved out of his role over an upheld bullying case against him at the BBC, will lead a new media training group at the corporate partnership.

The news division of BBC Scotland had numerous bust-ups during his tenure, including threats of industrial action from staff on the eve of the Scottish independence referendum.

Head Scottish organiser for the National Union of Journalists, Paul Holleran, said there would be “palpable relief” that Boothman had moved on at the time of his departure.

Boothman, a former Labour party student chair, also faced accusations of bias from pro-independence campaigners due to his personal and family links to the Labour party. Investigative group.

19 May 2005: George Galloway off to the US Senate’s sub-committee to defend his support of Saddam Hussain – So why did the BBC feel the need to send Wylie with Galloway?

From a Scottish point of view, the most puzzling aspect of George Galloway’s appearance in Washington this week was Bob Wylie. The gangling BBC Scotland reporter was first sighted at Galloway’s side at Dulles airport. Then, after the MP’s performance in front of the US

Senate’s sub-committee, there was Wylie again, popping up to tell us how, in his considered opinion, he thought it had all gone. Which was pretty well, actually. Oh, there may be a few people yet to be impressed by Galloway’s bluster, but on the whole, Wylie gave assurance

Washington was knocked out. The MP for Bethnal Green and Bow had faced down American accusations that he’d profited from Saddam Hussein’s illegal oil deals and, what’s more, he’d denounced the US invasion of Iraq.

Galloway, reported Wylie, was the “Braveheart” on Capitol Hill. Braveheart? Come off it. Even Gorgeous George’s most ardent supporters in Britain would shrink from romanticising him in this way. But not the gushing Wylie. His presence in Washington begs two questions:

1. why did BBC Scotland feel it needed to send its own man when (a) it is currently implementing drastic cost cuts and (b) the BBC’s Washington correspondent, Clive Myrie, was already there and more than up to the job?

2. If BBC Scotland really, really had to send someone, why did it have to be Wylie, whose friendship with Galloway goes back years and who, received an acknowledgement in Galloway’s autobiography? and co-authored with Galloway the book “Downfall:Fall Of Ceaucescus: Ceausescus and the Roumanian Revolution. 23 May 1991. Wylie is not an expert on Iraq or on American politics. And in this case, he was clearly not impartial, and neither was BBC Scotland. Shame on them.

I was puzzled at the appearance of tjhe BBC Scotland reporter, Bob Wylie, in his role as side-kick to George Galloway in Washington. This latest display of blatant cheer-leading for the Left while masquerading as an impartial commentator comes swiftly in the wake of

accusations concerning “institutional leftism” in the corporation. In a new book, Robin Aitken, a former BBC correspondent, has claimed that systematic political bias “undermines” the BBC’s “solemn pact with the public to present the news impartially”.

When Bob Wylie started reporting for the BBC I knew I had met him before somewhere, but the memory only recently clicked into place. At the height of the miners’ strike, when I was a Labour Party member, he addressed a meeting of the party’s Cumnock branch in a futile

attempt to gather new converts to the bosom of the Militant tendency. James Macmillan, Glasgow. 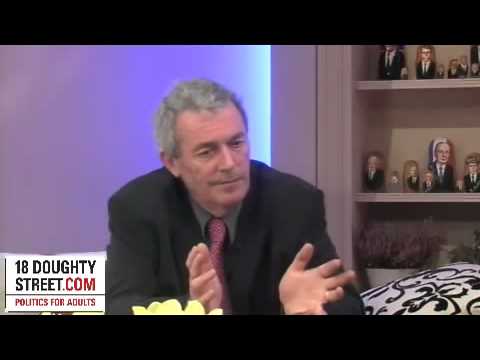 BBC Scotland is losing two key members of staff to Strathclyde Partnership for Transport, whose director of communications is himself a former BBC Scotland investigations correspondent.

Communications manager, Michelle Watt, along with assistant editor (online), Michael McGlinchey, have both been recruited by Bob Wylie.

Watt has been appointed media and public affairs at SPT, while McGlinchey becomes SPT’s web manager.

Michelle has worked as the communications manager for BBC Scotland for the last five years. Before that, she worked at a senior level for the BBC in London and in Belfast.

Meanwhile, McGlinchey has been assistant editor at BBC Scotland online for the last eight years. Previously, he was a senior editor in newspapers in London, particularly the Daily Mirror.

The man in charge of communications at Scotland’s largest transport authority has left his post before it was due to be cut in a management shake-up.

Mr Wylie had been communications director at SPT since 2006. He joined the organisation from BBC Scotland, where he had worked for 12 years, latterly as investigations correspondent.

His role at SPT was thrust into the headlines after the organisation was engulfed in an expenses scandal earlier this year. (http://www.dailyrecord.co.uk/news/scottish-news/quangos-footie-junket-expenses-branded-1076802) The body’s three most senior staff – chairman, vice chair and chief executive – quit after it emerged officials had run up more than £100,000 in expenses and gone on foreign fact-finding trips. There were also questions about expense claims from officials – including Mr Wylie – in Manchester on the day of the Uefa Cup final in 2008 between Rangers and Zenit St Petersburg.

Wylie was in charge of the transport quango’s public relations during an expenses scandal in 2010.. He left the post during a subsequent restructuring which also saw SPT’s three most senior staff – chairman, vice chair and chief executive – leave their roles.  It later emerged, in 2010 that officials had run up more than £100,000 in expenses and gone on foreign fact-finding trips.

After leaving SPT, Wylie worked for social enterprise The Wise Group before setting up his own PR firm, Communication Strategies Ltd. The former BBC journalist still has an office at The Wise Group’s premises in Glasgow’s east end and lists the social enterprise’s phone number as the contact on his company’s website.

Speaking this morning, Wylie confirmed that he has been taken on as a “special advisor” to McAveety. He added: “It’s signed, sealed and delivered – I’m just about to walk into the leader’s office now.”

McAveety recently won a vote to succeed Gordon Matheson as head of Glasgow City Council by 24 votes to 19 during a meeting of Labour colleagues in September.

He was previously leader of the council from 1997 to 1999, when he was elected as an MSP for Glasgow Shettleston. He lost the seat to the SNP in 2011 but was again elected a city councillor in 2012.

An SNP source said: “I can’t imagine what Wylie offers McAveety other than controversy and links to past scandals.” A source close to McAveety said: “Everyone has a past. Bob is an operator and I’m sure he’d do a good job.”

Cash-strapped Glasgow City Council could be about to bolster its public relations operation by handing a lucrative contract to an ex-BBC journalist.

Former political correspondent John Morrison is among the consultants contending for the chance to provide “independent analysis” of the local authority’s digital presence.

It emerged in 2010 that officials had clawed back more than £100,000 and gone on foreign fact-finding trips. Mr Wylie later handed back expenses racked up during a junket to Manchester on the day Rangers played in the 2008 UEFA Cup final.

Sources claim the council’s public relations programme has been “floundering” recently and Mr McAveety is thought to be keen to “shore up” the operation.

A council spokesman confirmed that the local authority is “conducting a review of council communications, with special reference to developing digital communications”.

Mr Morrison, who runs a Glasgow-based public relations company, said: “They’ve spoken to me but there is nothing agreed.” He later issued a statement which said: “Morrison Media Strategies is a communications and media training company. We have discussions with  companies and organisations every day. We don’t talk about them.” 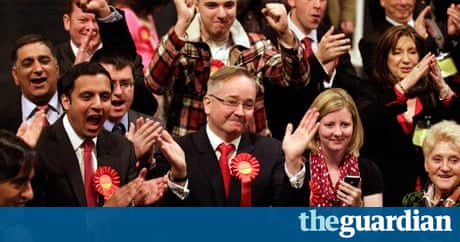