“I support the government, but there are policies I don’t like” is an often heard caveat. No government attracts uncritical support, especially one elected to govern a nation of hyper-judgmental, compulsive nit-pickers. We are quicker to criticise than praise. But the SNP have a lot of implemented policies to chose from, if you don’t like the ones they espouse.

As we approach an election in which the SNP’s opponents are doing their devious best to convince us a vote for the SNP is wasted, and both votes for the SNP is a crass misuse of democracy, I thought it only fair to reproduce their achievements since they took office.

Scotiaphobes will dismiss the lot. But there’s one thing they can’t deny:  the SNP altered Scottish political life and discourse in a profound way – for the first time in 300 years we are empowered as individuals. Our voice matters. We’re heard, and not treated as a herd.

Lists are tedious; so they’re lumped into categories: you can pick an’ mix. 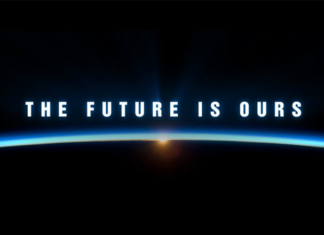 Investing for the future

We’re investing £1 billion annually in public and sustainable transport to encourage people out of cars.

We are delivering the £1.35 billion Queensferry Crossing

Commuters have saved around £2,000 since bridge tolls on the Forth Road Bridge and Tay Bridge were scrapped by the SNP.

But there’s still much more we want to do. Together, we will continue to shape a fairer, more successful Scotland.

Remember this, like P.F.I. contracted schools, no matter how good or bad you think life is in Scotland under whatsoever political party, we do not own our own country for which we pay direct and indirect taxes to  the UK Treasury, and soon some taxes to our own Parliament. Ownership comes only when independence is restored.

it is a comprehensive list of expenditure,but i dont see any mention of debt,fulsome praise for education but no mention that it is at its worse ever in primary attainment levels,laughable statistics from the police re crime,if its not recorded it cant be counted and on the surface police figures look good but no mention of the thousands of support staff done away with basically all you are doing is listing the things money has been spent on which any party in power could do and as most of that money comes from Westminster how is that to your credit,sorry but like most Scottish politicians you are amateurs playing at it.

Where do you think Scotland’s money comes from Mr Koch? You seem to believe Westminster somehow funds the country. Scots pay tax, it ends up in London, London returns some as something they refer to as a ‘grant’, but in reality is a percentage of that sent down in the first place, so a rebate in reality. Scots are pretty fed up paying for vanity projects in London being built.

Nothing at all to address the crisis in teaching across Scotland. Who would want to be a teacher ? I guarantee there will be very few votes from teachers come election time. Sad thing is there no alternatives.

I’m, I’m a teacher and I’m voting SNP. Sweeping generalisations from an unswept mind, I’d say. You say nobody and you mean nobody that matters in your elitist world view. Who died and made you queen?

The ratio of pupil to teacher in Scotland is 14/1. In England it is 27/1. One of the first things the SNP government did was set about cutting class sizes. They should probably have abandoned Labour’s Curriculum for Excellence however which produces little result except extra stress on teachers.

As most educated people will realise local authorities are responsible for teacher’s employment, as most councils are controlled by Liebour I am not surprised education is in the firing line , education has been in the control of Liebour for the last 40 years so their responsibility has somehow been whitewashed by their apologists , Liebour corrupt and delusional

So true. The SNP inherited the Labour education policy in 2007 had to stay with it until 2012 because they were a minority government and restricted in what they could achieve. In the period 2012-2017 the SNP government introduced a comprehensive review of the entire education policy and I expect John Swinney will be reporting to Holyrood in 2018 with recommendations for change