Press and media stranglehold on the public

In the last 20 years an ever expanding deregulatory regime has been embraced and abused by the UK media, (including the State funded BBC) despite many requests from the public and their representatives to limit their unfettered power. But politicians and media barons continue with the “velvet glove” approach insisting this increases competition.

Public concerns are given scant regard by government. Further adding to the problem a flood of mergers over the same period has brought about a marked reduction in media broadcasters and newspapers and the UK has ended up with the bulk of media outlets being held in the clutches of a few companies, all of which pursue agenda’s wholly in favour of one or other of the two major political party’s to the exclusion of all other political persuasions.

This is an unhealthy situation and needs to be corrected soon. The two articles that follow provide indication that the “National Union of Journalist’s” (NUJ) and the “Coalition For Media Pluralism” are addressing the issues. They need to be supported in their endevours. Scotland, ( see my many articles on the subject) is subject to appalling media abuse and we need help so that there is balance to media output reflecting the truth of any situation. 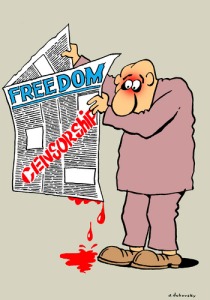 There is a problem with media ownership in the UK and it needs to be corrected.

Unchecked media concentration over several decades has allowed some media groups to accumulate vast amounts of revenue and influence. It has led, as we saw throughout the Leveson Inquiry, to a collusive relationship between media owners and senior politicians, which skews public debate in favour of the state and private interests, and fails to insulate government policy making from the interests of media proprietors.

With power in increasingly few hands, public debate is often restricted to those agendas favoured by press elites, as the space available to a diversity of voices shrinks.

Powerful media outlets regularly use their position of influence over public opinion as a platform for attack and misrepresentation. We oppose the routine vilification by the press of groups including the unemployed, the working poor, and immigrants, which serves to marginalise large sectors of society and deny them a voice.

We believe that we must act urgently to safeguard the right to independent and pluralistic information, and that it is essential that the power of media barons be curbed.

In response to the problem of media concentration in the UK, the TUC, the National Union of Journalists, the Media Reform Coalition and the Campaign for Press and Broadcasting Freedom have launched the Coalition for Media Pluralism to campaign for a more diverse and representative media. 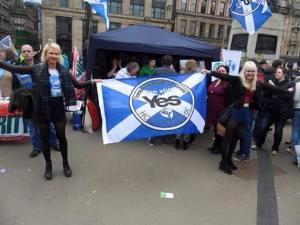 The coalition is working with civil society organisations across Europe to promote a citizens’ initiative, a petition which calls for an EU Directive to protect against concentration in national media ownership.

As a tool of participatory democracy, the petition provides an opportunity to address national media concentration at the European level.

We believe that the existing media ownership regime is not working to protect pluralism or democracy. This citizens’ initiative gives us the opportunity to bring about change in how our media is controlled. https://www.nuj.org.uk/news/why-we-must-act-to-reclaim-the-media/

The Media Pluralism Monitor is an instrument developed at the request of the European Commission and European Parliament to regularly monitor the health of Europe’s media, flagging potential threats to pluralism in member states.

The Monitor is currently undergoing a pilot implementation led by the European University Institute in Florence.

European Media Initiative has been a strong advocate for the Monitor since its inception in 2010, following every step through its current implementation.

We are now working to ensure the EU takes up this instrument as a structural component of its assessment of compliance of EU member states with the fundamental values of the Union.http://www.mediainitiative.eu/ 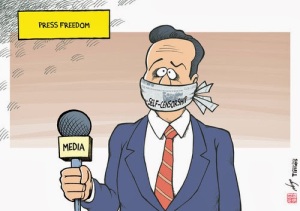