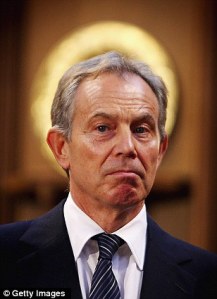 Welfare Reforms – Tory Policy – But who first thought it up?

In 1998/99, not long after taking up the reins of government Tony Blair decided the Welfare State needed to be reformed bringing down the increasing cost to the Nation of maintaining in a life of luxury workshy shirkers and teenage single mothers who got pregnant deliberately so that they would be given a free of rent house for life and financial support so they wouldn’t need to work.

The best brain in the labour Government was Frank Field. Tony Blair promoted him to ministerial level with the mission to reform the Welfare system. The phrase bandied about by the Labour party was that Frank had a free hand to “think the unthinkable.” which he duly did.

In the course of his investigations Frank travelled the World checking out the welfare provisions of many states. He finally pronounced “Chile” as his chosen blueprint. His proposal was to extract and modify aspects of Chile’s welfare systems which be palatable to the British public. 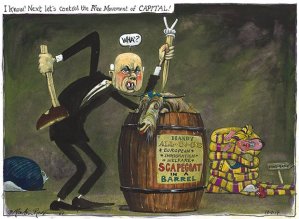 The suggestion that General Pinochet and his extreme right wing government had got it just about right appalled Tony Blair and Gordon Brown. Poor Frank was “put out to pasture” and consigned to the back benches. The report was quietly consigned to the archives.

In the ensuing years New Labour muddled through. The ever increasing cost of the Welfare State was hidden from the public being funded by the private debt of the British public.

The banking crisis of 2008 and massive default on debt in the housing market brought to light the huge and increasing welfare bill a consequence of the recession that followed. Darling and Brown’s solution was to borrow around £500 billion to pay off the welfare bill. Brown, faced with a General Election decided to avoid dealing with the problem hoping it would all go away. What a pillock!! 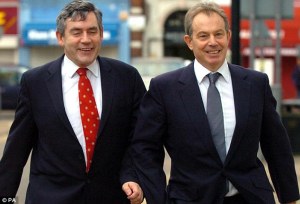 The Tory/ConDem government came to power in 2010 having persuaded  the right wing media, (including the BBC) and the Bankers that they would be able to get the Nation back on course within the lifetime of a 5 year government.

The public needed to be brought on-side. A task embraced with relish by the media. The message released was that the welfare bill would need to be significantly reduced but cost cutting across all government departments and the public would fall equally upon all.

The binding commitment by the Con/Dem government was soon consigned to the rubbish basket as Cameron and his cronies set about feathering the nests of the rich and famous further enhancing their status and power.  99% of the Nation’s wealth ended up with this group, the other 1% being distributed between the other 70 million of the queen’s subject’s.

Problems soon surfaced with the Con/Dem government approach since the 1% financial allocation to the 99% of the Nation proved to be insufficient. George Osborne, the Chancellor took the Gordon Brown route and borrowed £900 Billion from the World Bank taking the overall debt to £1.4 Trillion.

Since the debt was incurred by 99% of the Nation’s subjects it followed that this group would need to meet interest and repayment costs and an ever resourceful Ian Duncan Smith remembered Frank’s report.

Following meetings/briefings by Frank Duncan Smith persuaded the Con/Dem cabinet that they should implement all applicable measures contained in the report, (including those considered by Blair and Brown to be “beyond the pale”.)

The debacle and brutal austerity measures forced upon the British public in the period 2010-2015 is witness to the incompetence of the Con/Dem government, driven by dogma and protection of the richest 1% of British society and the Labour Party who had the solutions presented to them by Frank Field in 1999 and 2008 but were feart to make the move preferring to protect the Party seeking to retain power at any cost.

But the harsh impact of the austerity measures forced upon the nation’s citizens has not been embraced by the richest 1% who control 99% of the wealth. Their fortunes have been unaffected by austerity. Indeed there are many more millionaires in place in the UK than there were in 2010, at the start of the Tory government’s tenure.

The  failure to bring about a permanent reduction in the riches of this elite group is shameful and yet again the Unionist politicians at Westminster  have failed Scotland.