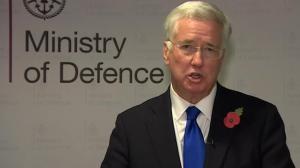 As reported by Reuters, he said Russia ‘bore responsibility by proxy’ for ‘every civilian death’ in Syria last week caused by a poison gas attack that Washington says was carried out by the Moscow-backed government of Syrian President Bashar al-Assad.

Respected ex-diplomat Alastair Crooke said Fallon must have known he had it exactly wrong: ‘They are suggesting that Russia was in a way responsible for what had happened, when, in fact, it was entirely the opposite.

Russia was the state responsible for actually having these weapons destroyed in the first place never to be ever used by the Syrian government.’ 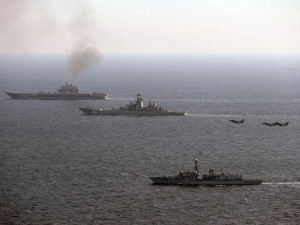 Admiral Kuznetsov in the channel

In February, Her Majesty’s Secretary of State for Defence described the Russian aircraft-carrying cruiser Admiral Kuznetsov as a ‘ship of shame skulking through the Channel’ as it went home after helping the Syrian army liberate Aleppo.

The defeat of the UK’s favoured and financed jihadists had irritated UK politicians. But all the same, it was a gratuitously petulant display of military impotence. The UK does not even have an operational aircraft carrier.

The question is, why does the man holding such a great office of state keep coming out with things which are either demonstrably untrue or antagonistic, or both?

It is not as if he has declared shareholdings in armaments companies. Is he carried away by his own supposed importance? Does he think he is bolstering NATO? Does he believe he is raising the international standing of Her Majesty the Queen? Or does something impair his judgment?

I lead a UK-wide prayer and action ministry involving itself in British current affairs.

I was astonished and distressed by comments made by the UK Defence Secretary Rt Hon Sir Michael Fallon MP last Wednesday as the Russian aircraft carrier Admiral Kuznetsov steamed through the English Channel en route to Russia.

Sir Michael said the British navy was keeping a ‘close eye on the Admiral Kuznetsov as it skulks back to Russia.’ He described the vessel a ‘ship of shame whose mission has only extended the suffering of the Syrian people.’

I should like to assure Your Excellency that there are those of us in the United Kingdom who recognise Admiral Kuznetsov helped liberate eastern Aleppo from jihadists.

We are thankful that Russian planes supporting the Syrian army allowed Christians there to celebrate Christmas for the first time in five years.

We are aware that peace talks have been taking place between the Syrian government and the armed opposition.

We can see that has only happened because of Russian involvement in a crisis initiated at least partly by the United Kingdom. 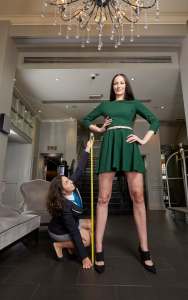 Russian model with the longest legs in the business

She turned out to be a Russian ‘honey-trap’ spy. (Yes, MI6 tries to work out what the Russians are up to, and they do the same to us.)

In 2010, according to the Independent, Daily Telegraph columnist Bryony Gordon was at a party near Westminster. She wrote she was attending a party for a departing colleague, where ‘people were speed-drinking to keep cool’ in the heat. She was approached by a Tory MP who asked what she was doing in the bar.

Ms Gordon explained why she was attending. She reports, ‘And then he said: ‘If you work at the Telegraph, do you know that slut who writes that Single Girl About Town column at the back of the magazine? What’s her name? Bryony Gordon?’

Bryony Gordon says she had the composure to respond: ‘I know her very well, because that slut is me’. The MP, she says, ‘blushed crimson’ and spent the rest of the evening ‘apologising profusely’. The MP was Michael Fallon. 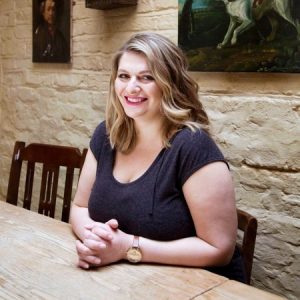 A friend said, ‘He referred to them in the wrong way, which went down badly and he apologised for that, but he did not use the word ‘slut’.

He does not go around calling women sluts. Like all these stories, there’s a bit on each side. It was a remark made at 11pm after two parties.’ So that’s OK, then. Michael Fallon was plastered.

In 1983, Mr Fallon was banned from driving for 18 months after admitting a drink driving offence during that year’s General Election campaign.

In 2002-2004, according to The Daily Telegraph, he claimed for mortgage repayments on his Westminster flat in their entirety.

He was Deputy Chairman of the Treasury Select Committee. MPs are only allowed to claim for interest charges. He over claimed £8,300 from the taxpayer, and repaid us only £2,200 of it.

It is astonishing how quickly and how dramatically Michael Fallon has managed to sour relations between London and Moscow.

The Russians must be constantly making allowances for him being either stupid or drunk when he makes these remarks.

In any event, Russia and Iran have now responded with their own ‘red lines’, warning of strikes against American assets if there is any repeat of the airbase strike which killed fourteen people, including civilians and four children.

The office is called the Ministry of Defence, not the ‘Department for Provocation’. It should run by a sober man of peace.

Last September, Sir Michael’s MOD accidentally published a list of all serving officers, described as a gift of a hit-list to IS.