Edward Heath and the Tory government in Westminster committed the UK to full membership of the EEC Common Fisheries Policy, with the  knowledge that this would bring about the destruction of the, “Scottish Fishing Fleet” and associated communities, placing thousands on the dole, with no prospect of other work. The decision had been taken knowing that English and Welsh fishermen would benefit from membership. Scotland was written off.

Scottish fishing communities continue to suffer the effects of the betrayal, since Westminster has insisted, (excluding Scotland) on leading any discussions, (North Sea fishing stock conservation issues etc.) with the EEC.

The way to correct the injustices meted out by Westminster is to appoint someone from the Scottish government to lead a team from the UK meeting, negotiating and agreeing policies with other EEC members.

Recently released government documents locked away from public scrutiny for 30 years provide evidence of the skulduggery,

The Scotland Office maintained regular contact with representatives from the fisheries sector in order to represent their interests across the UK Government and within the European Union.

In June 2014, the Secretary of State for Scotland held discussions with the Shetland Fishermen’s Association on the reformed Common Fisheries Policy and particularly on measures that can be taken to help fishermen meet the new EU landing obligations.

In August 2014, the Scotland Office facilitated a visit by the DEFRA Secretary of State to Peterhead where she discussed how the UK Government could support the mackerel sector in the face of the Russian food import ban.

The Scotland Office contributed to the preparations for the negotiations on annual fisheries quotas which this year helped Ministers secure sustainable increases to quotas for many of Scotland’s whitefish and prawns fleets at the December 2014 Council. 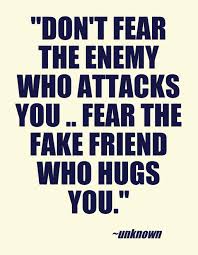 Fisheries policy decided in London without involvement, consultation or contribution from the Scottish government. Mundell and his representatives preferring to bypass elected MSP’s dealing direct with fishermen’s representatives in piecemeal fashion. The approach ensured the Westminster government retained an overarching control of fishermen’s livelihoods. Classic use of “divide and Rule” tactics by the leader of the UK government of Scotland

Constitutional Nation Status – They Way Forward Within the EU

Scotland may be granted “special status” amongst the regions of Europe, an issue first discussed at the convention which worked on the new European constitution in the early 2000’s.

This was the award of “constitutional region” to those areas which had enough autonomy to have legislative authority and the power to implement European directives.

The proposal was not followed up in the subsequent treaty but with increased powers Scotland will cross a new threshold, that of a “Constitutional Region”, even if it is not independence.

The European authorities will respond positively to this development of Scotland’s status and open the way for other stateless nations of Europe.

There are also implications arising from the new relationship with Westminster, namely that of Scotland’s status as an “Constitutional Region” within the EC.

The precedence has been set by Belgium who devolved a number of powers from central government to the Flemish and Walloon parliaments of the country.

At European summits on agriculture which is one such devolved responsibility, the Belgian team is represented by a Minister from either Flanders or Wallonia.

Meeting the terms of the “Vow” the devolution of new powers from Westminster to Holyrood also impacts on Scotland’s relationship with the EC since the vast bulk of gas, oil, renewable energy and fishery resources are to be found in Scotland and it beggars belief that Westminster should seek to continue to deny Scotland its rightful place at EC meetings leading or having a voice as a full member of negotiating teams representing the UK.

The EC closely monitored the Scottish referendum campaign and is now alerted to the increasing discontent of Scots, Corsicans and Catalonians.

The genie is “out of the bottle” and the democratic demands for recognition of “constitutional regions” will not be denied for much longer.

It is to be expected that MEP’s representing “constitutional regions” may create a pressure group advancing their case in the EC parliament.

Mini-summit meetings of the governments of Scotland, Corsica, Catalonia and Northern Ireland would further enhance their case for representation in devolved matters.