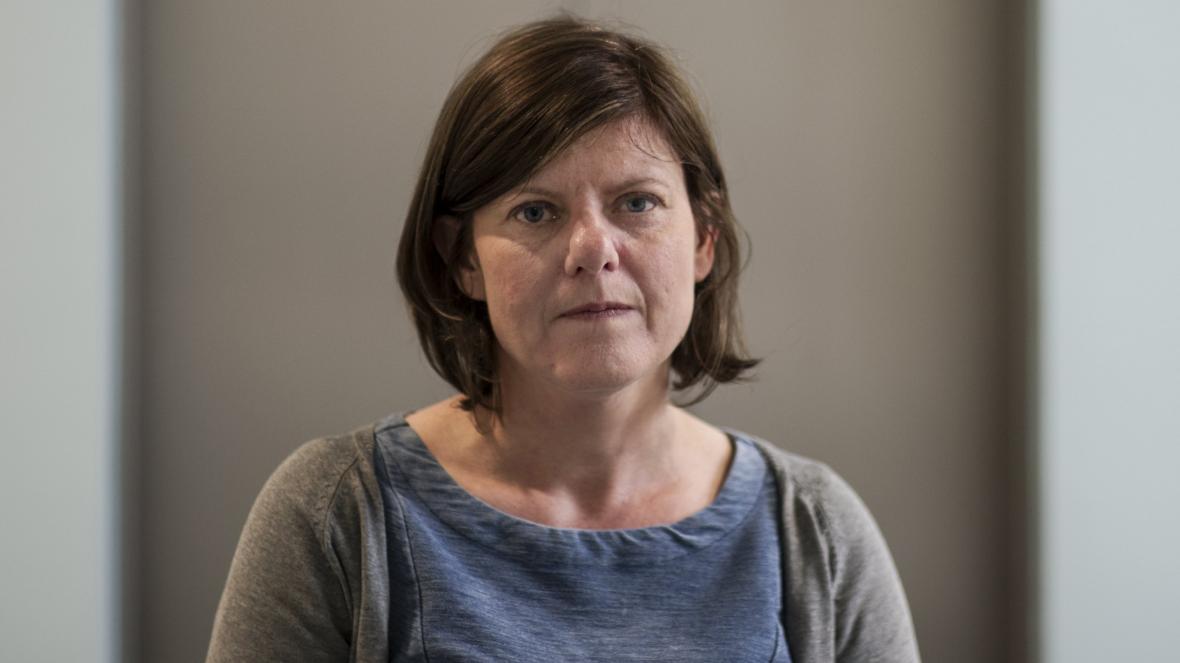 Jan 2019: Sociology student Adnan Ahmed was the subject of a nationwide media scandal

Adnan was a Criminal Justice Practitioner for Turning Point focusing on human/men’s rights. His job was supporting ex-cons and drug addicts to reform and integrate into society. He was planning to study criminology for a BA (Hons) in Criminology (at Abertay university in Dundee). in his 4th year.

In his 1st year he gained an HNC in Social Services (at the City of Glasgow college). In his 2nd he gained an HND in Additional Support Needs (at Glasgow Clyde college). At the time of his arrest he was half-way through his 3rd doing a BA in Learning Difficulties/Disabilities (between Fife college and Abertay university).

He also gained a BA in Business Studies (From Glasgow Caledonian University) and in his own time he produced a blog through which he taught a mix of mindfulness and human behaviour.

No complaints had ever been registered against Ahmed until a “BBC Social” video was aired on national television portraying him as a sexual deviant who sexually harassed women on the streets of Glasgow and other places creating a media backlash against him.

In his defence Ahmed said that all of his approaches were made and videoed, in the daytime on busy streets and in well populated areas, there was nothing sinister or hidden. Interactions were limited to less than 10 minutes and at no time were women made to feel comfortable or with the aim of exchanging contact details.

It was his experience that daytime dating was a safe way to talk to females. Men do the same thing in night-clubs, often under the influence of alcohol and this is deemed to be socially acceptable.

Initially the police said there was no criminal behaviour but the public was misled into thinking Ahmed’s conduct was criminal and he was accused of being a sexual predator on social media and in the newspapers.

The police canvassed for complainants after an MSP and Rape Crisis Scotland got involved, through the placement of a “Me2” type incident report number in the national press

Those that came forward with complaints did so after colluding and speaking to each other on Twitter and Facebook feeds, and through contact with the BBC.

They were further encouraged by an American social media troll,  who fuelled the unsubstantiated allegations through a number of fake social media accounts he maintained for the express purpose of adding credibility to the mischief.

Brindley from Rape Crisis Scotland, took it upon herself to approach the police with concerns about the predatory behaviour of Ahmed. A man who had never raped anyone, nor had ever been accused or linked with a horrible word like rape.

Even after viewing Ahmed’s online “game” videos it was clear that he was simply having short flirty conversations with females who were willing participants, ending at most, with an exchange of contact details.

The real predatory stalker behaviour was displayed by Brindley who contacted the police, seeking to justify the existence of the Scottish Government funded quango, “Rape Crisis Scotland”.

Ahmed was not the inventor of online YouTube dating videos, which is a global concept, especially in Western nations.

Social media uploads from massive multi-million pound dating companies occur daily and Ahmed’s videos were tame compared to his counterparts in London and the States.

Brindley’s over reaction exposed the venom within “Rape Crisis Scotland” when compared to open-minded independent thinking women in London and the U.S.A who view the practice as a non-issue.

Brindley’s misogyny is not a crime but to publicly state “I think a number of behaviours shown in the videos were arguably caught by criminal law,” is utter nonsense.

But Brindley was right about one thing – misogyny is not a crime, but labelling an innocent man misogynist (when he was clearly not) was slander and reporting it to the police was an act of malice unbecoming of a Scottish Government funded organization.

Journalists, pursuing a sleaze story, hounded Ahmed for months forcing him to reach out to them responding with a detailed explanation of his business model and background to his client base as well as the scientific reasoning behind this method of face-to-face daytime speed dating.

They ignored his explanation preferring to warp his responses creating controversy demonising an innocent man.

BBC-The Social’s video went viral on the internet prompting Police Scotland to issue a statement saying “we cannot follow up on this as there is no actual crime to investigate, no crime has been committed.”

But they were forced to change their tune in response to a public witch hunt generated by the BBC portrayal of Adnan Ahmed as a demonic sexual predator.

It was truly bizarre and shocking that Scotland’s police force could be manipulated so easily. They were fully aware of Ahmed’s dating business nearly 3 years before the BBC The Social’s hate fuelled video falsely demonised him. Indeed they spoke to Mr Ahmed about it on a number of occasions in casual conversation and both male and female officers approved of it. There are phone calls and written police reports to confirm this.

Ahmed also worked extensively in conjunction with the police in his job as a Criminal Justice Practitioner. His behaviour was never “predatory”. He ran an online dating business on YouTube for all to see. His clients, video demonstrations and spontaneous conversations with women were conducted in daytime, on well populated busy city centre streets. He hid nothing, so how could his actions be described as predatory, shameful or dangerous?

Police Scotland are mandated to investigate matters neutrally and without prejudice. Instead they contributed to the media mayhem by making comments defaming a man who although innocent of any crime was arrested and charged with 18 incidents of “threatening and abusive behaviour.” He was then held in custody, untried and without the option of bail.

13 charges were subsequently dropped but the prosecutor pursued 5 charges, via a Scottish legal technicality called Moorov’s Law, knowing the jury were heavily influenced by the widespread negative press (radio, TV, newspapers, internet) against Ahmed before and every day of his trial.

The Sheriff Court indictment was framed to convict Ahmed on a technicality of Scottish Law (Moorov/ corroboration) rather than using substantial hard evidence, because there was none.

The importance of corroboration is unique to Scots criminal law. The requirement for corroborating evidence means at least two different and independent sources of evidence are required in support of each crucial fact before a defendant can be convicted of a crime.

Corroboration is required in Scots law as the evidence of a single witness, however credible, is not sufficient to prove a charge against an accused or to establish any material or crucial fact. There are two prime facts that are deemed to be crucial; the first being that the crime was committed and the second being that it was committed by the accused. Crucial facts must be proven beyond reasonable doubt by corroborative evidence.

The Moorov doctrine is a doctrine that deals with similar faulty evidence in Scots law, arising from the case of Moorov v HM Advocate in 1930. The Moorov doctrine is used where a series of supposed crimes have been committed and are closely linked by time, character, circumstance and place of commission as to constitute a course of conduct by the accused. The accused must be positively identified in each case. There may only be one witness to each individual crime who can identify the accused but where the offences are sufficiently similar the witness for one offence can corroborate the account of a witness for another offence. A legal technicality which is being abused by corrupt Scottish judges and the police. 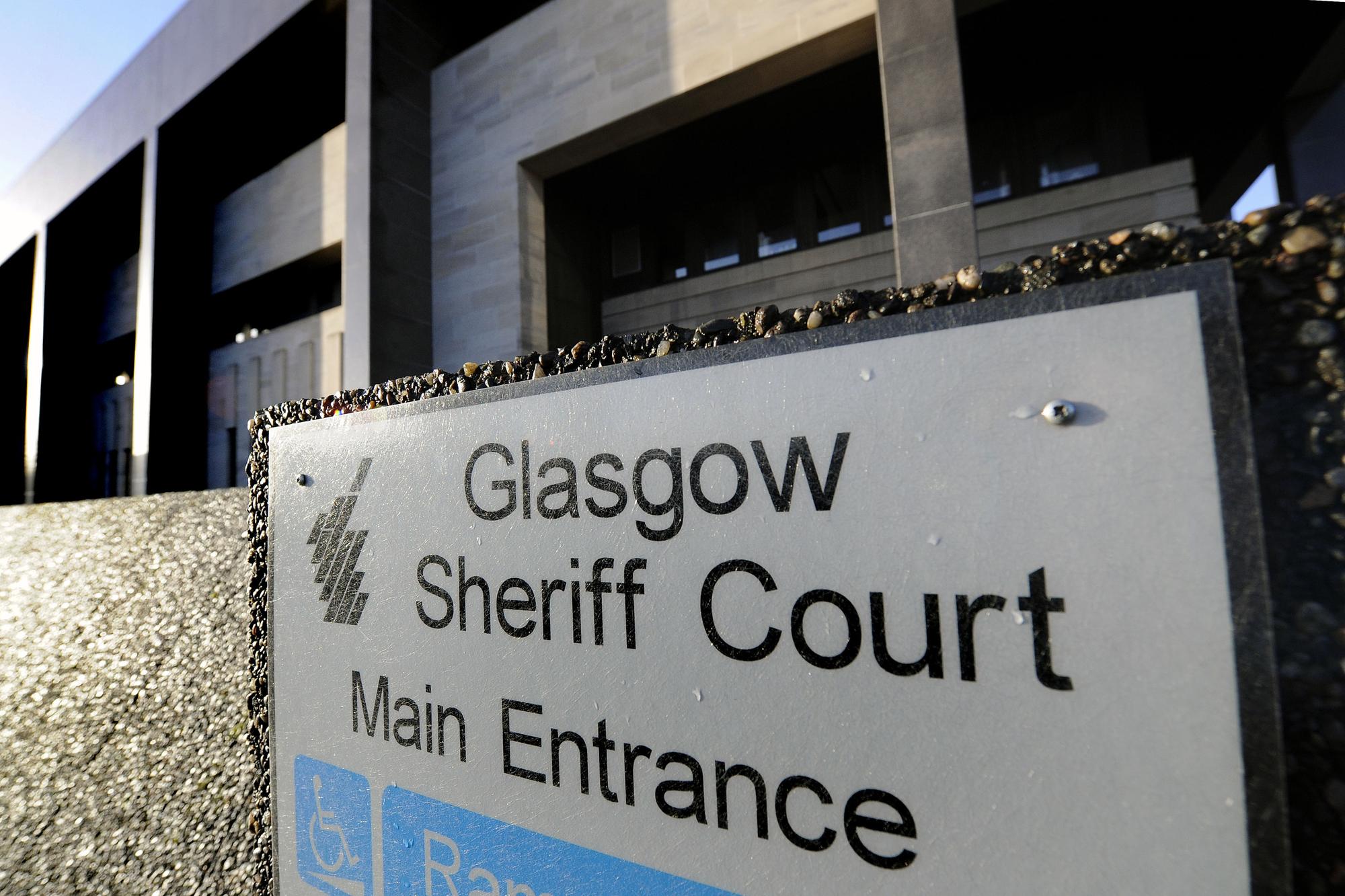 Ahmed was not permitted to present vital evidence proving his innocence because Scottish court laws protect prosecution witnesses, even if they are lying.

The worst part is that the Scottish Justice System is designed in such a way that females who make false accusations face limited punishment for their lies, if there are any legal repercussions at all.

Ahmed was found guilty in a jury trial and given a two-year custodial sentence and placed on the Sex Offenders Register for ten years.

Sep 2019: Ahmed’s defence team lodged an appeal stating that their client had been denied a fair and impartial trial.

One year later, in September 2020 Ahmed’s legal team told the appeal court that Sheriff Wood had conducted an inappropriate cross-examination of Ahmed when he finished giving evidence and that he failed to properly explain the rules of corroboration to jurors in the case and he was wrong when he rejected a defence motion to have some of the charges thrown out on the basis that there was insufficient evidence to allow jurors to return guilty verdicts. In his report to the appeal court, Sheriff Wood said he believed there was enough evidence on these charges to be considered by the jurors.

The appeal court disagreed and said the evidence did not show Ahmed to be guilty of threatening behaviour. Lord Turnbull – who delivered the judgement, wrote:

“It does not seem to us that a polite conversational request or complement can be construed as threatening merely because it is uninvited or unwelcome and there was nothing in the appellant’s behaviour as spoken to by the complainers in charges 5, 6 and 18 which was overtly threatening or which could reasonably be construed as threatening. There was nothing in the appellant’s conduct in the city centre encounter as spoken to by the complainer in charge 16 which constituted threatening behaviour. He told her that she looked like Kim Kardashian, which the witness described as a compliment, although she asked him if he was joking. He subsequently sent her a text which was abusive. This was the only aspect of this charge which could have constituted an offence. In these circumstances we are satisfied that the doctrine of mutual corroboration would not have been available as between charge 4 and this aspect of charge 16. Accordingly, we are also persuaded that the sheriff erred in failing to give effect to the no case to answer submissions presented on the appellant’s behalf in respect of these charges also. In the present case counsel was correct to object to the sheriff’s questioning when she did. The exercise which the sheriff was engaged in had already lacked any element of clarification and at the point when she rose to her feet the sheriff appeared to be in the process of arguing with the appellant. It is unacceptable for a judicial office holder to address a responsible practitioner by telling her to sit down. Such behaviour carries the risk of demeaning the standing of the judiciary in the eyes of both the legal profession and of the public.” Ahmed was officially acquitted.

The Scottish legal system thoroughly crushes any sane notion of justice under the weight of legal loopholes and strategies exploited by radical feminist politicians and “Rape Crisis Scotland” who shamelessly exploit vulnerable women in their constant posturing for the media. And the public are unconsciously making things worse because of its apparent contentment with a social media cultural circus!

This is a brief summary of the report of a miscarriage of justice perpetrated by the BBC, Scottish media, Rape Crisis Scotland and their Government sponsored organisations against Glaswegian, sociology student, Ahmed. The original article (a must read) was first published at https://www.addyagame.com)