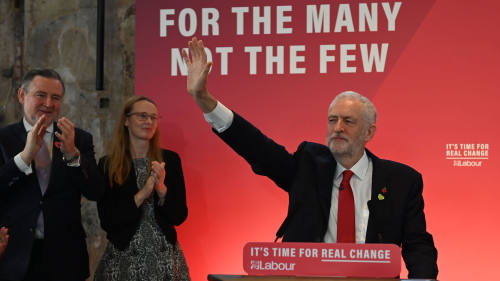 In 2010, the financial crisis, brought ended thirteen years of a Labour Government. In 2015, under the “wishy washy” leadership of Ed Miliband, Labour lost again. Miliband resigned triggering a Leadership election. Three former members of Miliband’s shadow cabinet were regarded as front runners and entered the race.

Jeremy Corbyn lodged his application near to the closing date for applications and many doubted he would be able to gain the support of  the 35 MP’s needed to be included in the ballot.  He upset the odds when he gathered 36 nominations.

Standing on a platform of “socialism” his message was dismissed as irrelevant by his opponents, Party insiders and the press and media. Odds of 100/1 were available at the bookies for anyone foolish with their money.

But the Parliamentary Labour Party (PLP) and others misjudged the mood of the nation, following 5 years of austerity under a coalition government and that the election of the new leader would not be a decision for (PLP) to make. The Party membership would decide the outcome of the election.

Corbyn was in his element and addressed nearly one hundred rallies across the UK, speaking to ever increasing crowds each time.

Hundreds of thousands of Labour supporters were inspired by his vision of a socialist Government.

Former party members driven out by New Labour’s neo-capitalist policies and first time voters joined the Party increasing the membership from two hundred thousand to five hundred and fifty thousand in a period of less than six months.

He was duly declared Party Leader having gained an unprecedented 59.5 % of the vote, a larger mandate than any recent leader. But ominously, of two hundred and thirty Labour M.P.s only twenty voted for Corbyn.

The right wing press and media, spurred on by (PLP) members failed to support the Party and spread false rumours of coups to topple Corbyn.  But the plotting failed due to the support of Corbyn by the Labour membership.

Lord “Prince of Darkness” Mandelson, one of Blair’s closest advisers and an architect of New Labour remarked, “we are in a situation now where Corbyn is unelectable in the country but unassailable in the Party.”

But not long after, the shadow “Blairite” cabinet appointed by “peacemaker” Corbyn resigned, forcing yet another election on the membership, which the (PLP) tried to rig, only to be thwarted once again by Party members who returned Corbyn to office.

Having failed a second time the (PLP) started a character assassination campaign to overthrow him. When this tactic failed they cut a deal with the Israeli Government Lobby, the (JLM) and with their assistance and financial backing orchestrated an Anti-Semitism campaign against Jeremy Corbyn and the Labour Party.

The Israeli Government psychological warfare campaign against the Labour Party leader included the widespread use of an internet application containing instructions for social media users on how to contribute to the “mission” accusing Corbyn of anti-Semitism.

One such allegation falsely accused Corbyn, in a 2010 meeting, of comparing Israel to Nazi Germany. The truth was that Corbyn had hosted a meeting with Hajo Meyer, titled “Never Again For Anyone”, and it was Hajo, a survivor of the Auschwitz concentration camp and a fervent anti-Zionist who raised the comparison of Israel and Nazi Germany in his condemnation of the Israeli Government’s behaviour and his strongly held views in support of Palestinian rights. He once said of Zionist’s: “An Anti-Semite used to be someone who doesn’t like Jews, now it’s someone who Zionists don’t like”.

Another post invited Facebook users to click “like” to user “Nancy Saada’s” criticism of Corbyn’s “anti-Israeli” remarks which she claimed were used to disguise “anti-Semitism”. But the ploy fell flat when a photograph was published of an Israeli army uniformed “Nancy” posing on an armoured vehicle, draped with an Israeli flag.

The Act.IL application is a product of Israel’s Strategic Affairs Ministry, the organisation that directs Israel’s covert sabotage efforts of any opponent of Israel in the world. At its head is a top civil servant and former army intelligence officer whose organisation is staffed by veterans of various spy agencies.

The so called “mission” is yet more evidence of the Israeli psychological warfare campaign and is an aspect of part of long-term behaviour planning influencing operations by Israel and its lobby groups to smear Corbyn as “institutionally anti-Semitic.”

The operation was also aimed at pushing Labour to adopt and maintain a more pro-Israel policy aided by a number of Jewish MP’s in the Labour Party, the overall numbers of which significantly outweigh the Jewish population in the UK. And other MP’s, not of Jewish descent who join Jewish political lobby support groups in the Labour Party.

The Jewish Labour Movement, (JLM) is an anti-Palestinian group, deeply linked to the Israeli Government, and was at the forefront of the campaign to discredit Corbyn.

The group is run by former Israeli embassy officer, Ella Rose who admitted that as the (JLM) Director, she maintained close personal and working links to Shai Masot, the Israeli embassy spy forced to leave the UK after the Al Jazeera investigation exposed him plotting to “take down” a senior UK government minister.

Masot was also spearheading efforts to manufacture a grassroots pro-Israel organization within the Labour Party by infiltrating the Young Labour group using a tactic known as astroturfing. ( More on the Act.IL App here: (https://medium.com/dfrlab/how-a-political-astroturfing-app-coordinates-pro-israel-influence-operations-bf1104fa5c7f) 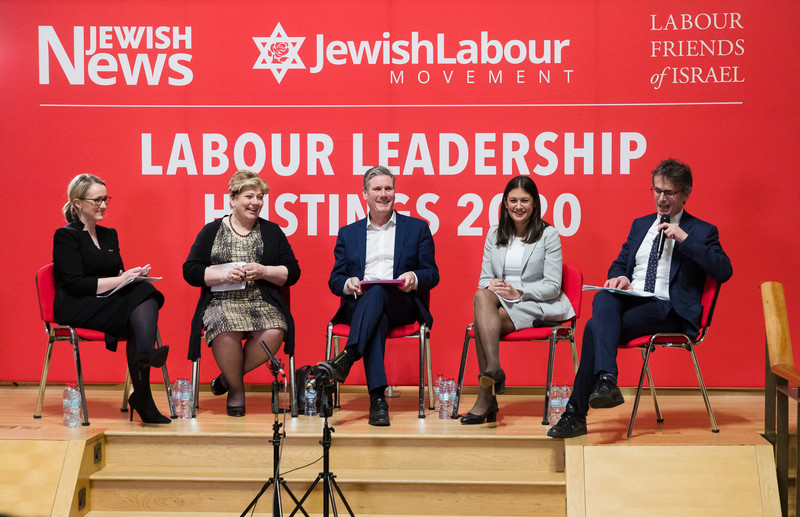 Adam Langleben, (JLM) campaigns officer, issued Corbyn a list of demands including a requirement that Labour adopt “unamended”, the controversial “International Holocaust Remembrance Alliance (IHRA) a definition of anti-Semitism which would define it as anti-Semitic to accurately describe the Israeli state as a “racist endeavour.”

Corbyn, instead of shutting down the claims as the bad faith attacks that they clearly were continued with his strategy of concession after concession and in return, offered a “dialogue with community organizations, including the (JLM) to discuss their demand that the (IHRA) document be adopted in full, even, as he acknowledged that some of its provisions had “been used by those wanting to restrict criticism of Israel that is not anti-Semitic.” This fuelled further attacks and compromised his position on important matters of principle, such as the boycott, divestment and sanctions movement for Palestinian rights (BDS).

It is also unclear just what Corbyn hoped to achieve in “dialogue” with a group with close ties to a foreign power, hostile to himself and his Party and committed to manipulating his Party members against his leadership, from within.

Unsurprisingly, the (JLM) curtly dismissed Corbyn’s opinion piece as “another article bemoaning a situation.” and followed up saying:

“These measures would have been welcomed, and maybe even celebrated, two years ago, but matters have reached the point of no return. Decisive and significant actions, not words, are the only thing that can bring us back from the brink.”

Just what the actions required by the (JLM) were, is left unsaid, but subsequent events indicate they meant the removal of Jeremy Corbyn from office. 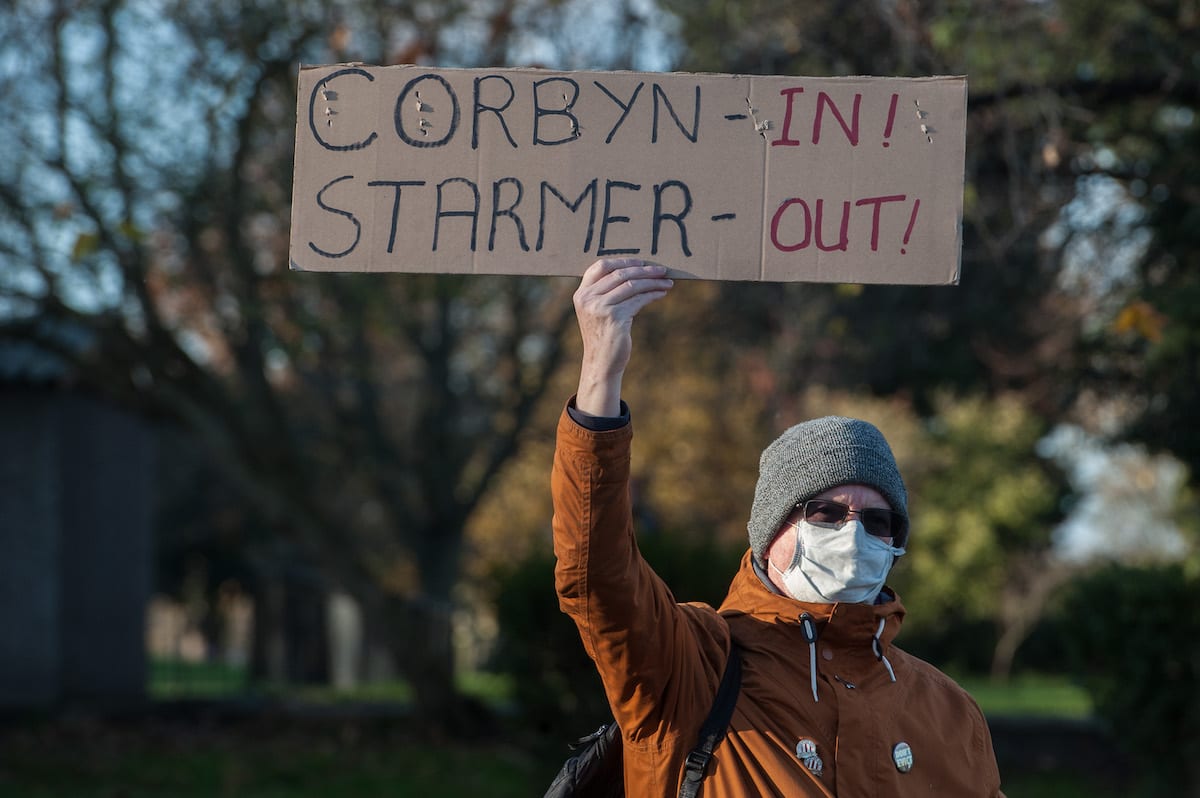