The Leader of the labour party, Sir Keir Starmer will launch a new devolution deal for Holyrood as part of an attempt to revive Labour’s fortunes in Scotland. The pressure has been building in within the Labour movement pushing the party towards a “devo-max” proposal that would see the Scottish Parliament take control of more powers and would also include the reform of the House of Lords to give greater representation to the UK’s nations and regions at Westminster.

In his address to the John P. Mackintosh Memorial Lecture on Friday 11 December, he will give the first indication of his constitutional offer to Scots before next May’s Holyrood election.

He is also rumoured to be planning to base himself in Scotland, in the weeks before, during and after the election displacing Richard Leonard who might be forced to give up his role as leader of the Labour Party in Scotland.

So a full-on fightback is in the wind and I expect the John Smith Foundation and its supporters will muster all guns in their support. This is a do or die moment in their history and the 5th columnists and 77 Brigade will be actively undermining the Scottish nationalist campaign. Read on and get a more informed view of past events. 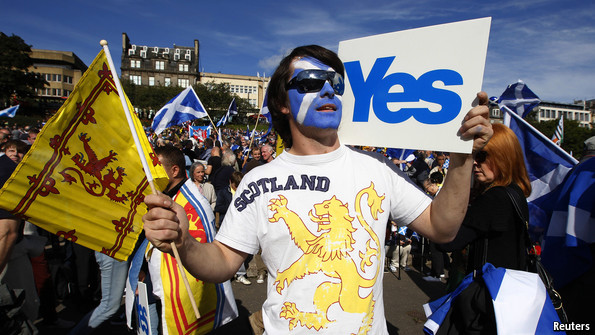 Judged by the Company they Keep

Effective political strategy is usually revealed after the event nullifying any opposition. But the SNP under the leadership of Nicola Sturgeon and her supporters are so confident of their absolute control and that any challenges to their political agenda can be first contained then eliminated.

A number of vociferous individuals in the “Sturgeonista Group” only joined the Party within the last ten years and their pedigree and political affiliation are questionable. 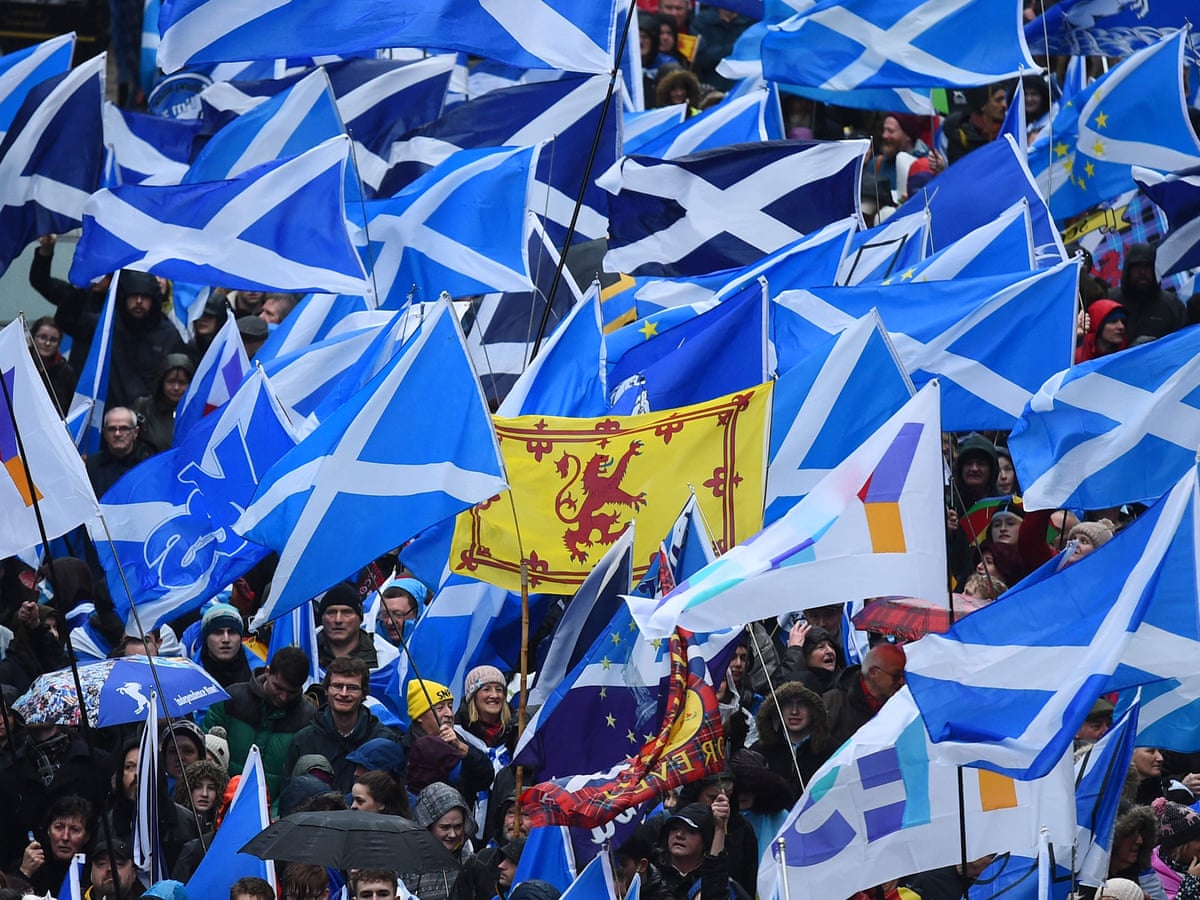 Fifth Columnists and the Havoc They Generate

The Westminster, London based Zionist financial cartel loosely titled the Government of the people is well versed in the art of deception and its response to the scare of the 2014 Scottish Independence Referendum was swift and decisive.

The SNP would be first neutered then merged with the Labour Party branch in Scotland.

The mission would be achieved over a period not exceeding ten years through the use of fifth Columnists who would join the SNP and operating from within bring about fundamental change to the pursuit of Scottish independence.

What follows is conjecture but is based on my near 60 years of political activism in Scotland.

If only 20% of what I offer up is true then the SNP Government will be forever dammed by its actions and betrayal of the founding principle of the Party, namely full independence for Scotland and divorce from the Westminster Zionist elite that control it. 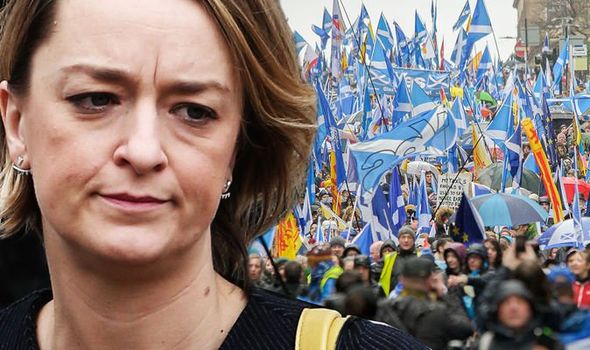 Glasgow University, a safe haven for Unionists for over 300 years was selected by Westminster to be the operational control centre and Baroness Smith, master spy and widow of Bilderberger, the Late John Smith, set-up the John Smith Centre to operate from there.

Of note is the board membership of Stephen Gethins (SNP).

I posted a revealing blog on him: (https://caltonjock.com/2019/04/30/the-john-smith-trust-centre-masters-of-propaganda-delivering-the-westminster-unionist-agenda-and-gethins-turns-up-again/)

SNP members are linked to the discredited charity, a front for the Fife-based Integrity-Initiative and 77 Brigade Spying organisations controlled and funded by the Foreign Office in Westminster.

The funding source has never been revealed. In Westminster afterwards, they regularly took up parliamentary time criticizing Russia. But contributed not a jot about Scottish Independence.

Members of the group and its leader Alyn Smith MP also featured in the November 2020 paper from the SNP Westminster group submitted to the UK Government integrated review of foreign policy and defence.

Amid the verbiage, there is a clear shift towards multilateralism, a disingenuous softening of the party’s commitment to unilaterally ratifying the UN Treaty on Prohibiting Nuclear Weapons, and a call for Lossiemouth to be the hub for combined Scottish, UK and US P-8 maritime bombers.

Again, this is causing deep concern among veteran anti-nuclear campaigners inside the SNP. See: (https://www.conter.co.uk/blog/2020/11/17/snp-the-week-the-gloves-came-off)

Gethins is also featured in a second blog: (https://caltonjock.com/2020/09/24/stephen-gethins-forgot-his-purpose-and-lost-his-seat-at-westminster-now-heading-for-kinross/) 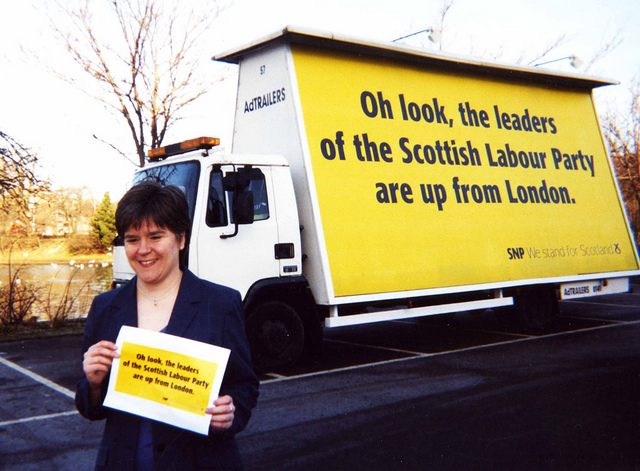 A number of SNP MSP’s succumbed to the temptation of the American dollar and followed trails previously trod by Tony Blair and Gordon Brown in the 1990s when they left the UK as staunch supporters of Unilateral disarmament only to return two weeks later as confirmed Multilateralist inline with the policies of the USA.

The invitation to attend the all-expenses-paid jaunt had been extended by the organisers of the USA Government-funded International Visitor Leadership Programme.

The inclusion of a pseudo civil servant and a tabloid journalist surprised some. Clegg would go on to later exclusively reveal intimate details of charges of sexual harassment against Alex Salmond. The government official that leaked the information has never been revealed.

Not long after their return Dugdale ended her engagement with her partner and entered into a relationship with Gilruth. An event that raised many eyebrows.

Gerrymandering the Membership of the NEC By the NEC

The choice for independence tactics will be polarized between two factions. The WOKE activists who favour the “Gradualist” approach” or the “Fundamentalists” who prefer direct action.

Anticipating the election of a significant number of “fundamentalists” the NEC imposed new and restrictive rules on branch management ensuring that NEC would be enabled to veto and force changes to candidate shortlists so that a marked prevalence of WOKE activists would be assured. The process will be completed early in November.

This is the real reason the present NEC membership, now choc-a-bloc with WOKE activists postponed the Party conference from June until late November 2020. The NEC needed to be sure the fundamentalists had been castrated. Where are we 6 months short of the next Scottish General Election?

The issue of Scottish independence is no longer a negative factor and if the political scene remains at it is the campaign will yet again pit the SNP against the Tory Party.

The Green’s will gather second choice votes sufficient to ensure the return of a similar number of list MSP’s as will the Liberal Democrats.

The Labour Party will be squeezed further and might suffer more losses resulting in its relegation to fourth Party status at Holyrood.

But tactical voting might yet dictate a different outcome.

A new Party pledged to the cause of Scottish Independence, without compromise might yet emerge and persuade the electorate to transfer their second vote from the SNP to it which would ensure a parity of voting providing Nationalists with a significant majority over all other party’s.

This approach would add strength to the cause of independence since Unionists arguments would largely fall on deaf ears. 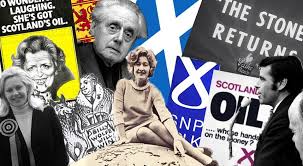 And What About Indy Ref2?

The question is best answered by harking back to the 2014 referendum when only 2 days before the vote the Unionists played their final card and offered Devo max, an option just short of total independence, for a “no” vote.

Scots were attracted by the ploy which was publically supported by the entire Unionist community and the Queen herself. Gordon Brown issued a solemn promise stating “There will be no backtracking on the promise, my iron fists will prevent it.”

Gentle John Sweeney, led the Nationalist team in the subsequent negotiations and was completely outflanked by the Unionists who reneged on many of their their “Devo max” pledges.

Nothing was heard from Gordon Brown or any of the other Unionist leaders.

Scottish voters were furious at the betrayal but being unable to reverse the outcome of the referendum they bided their time until the next election only 6 months on and decimated the Unionist party’s in Scotland returning a near full house of SNP MP’s to Westminster with a clear mandate to pursue the cause of independence yet again.

A mandate commitment undertaken by all Party’s to the negotiations in Edinburgh only a few months before. This is the statement:

“Reflecting the sovereign right of the people of Scotland to determine the form of government best suited to their needs, as expressed in the referendum on 18 September 2014, and in the context of Scotland remaining within the UK, an enhanced devolution settlement for Scotland will be durable, responsive and democratic. And it is agreed that nothing in this report prevents Scotland becoming an independent country in the future should the people of Scotland so choose.”

A summary of events is here: (https://caltonjock.com/2020/09/19/little-bo-peep-is-losing-her-sheep-is-it-et-tu-for-nicola-sturgeon/) 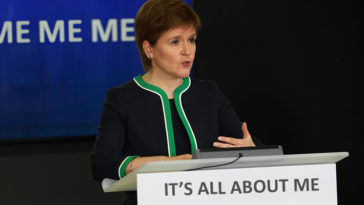 And What About the Secret Service presence at Glasgow University?

This is a concern given the increasing number of SNP politicians who appear to be in close association with Baroness Smith and her team. But it possible that measures approved by the Bilderbergers in the USA, are in place providing a way forward to full Scottish Independence including a merger of the SNP and Labour under the leadership of Nicola Sturgeon. Impossible!!! Wait and see!!!!

As an ex Glasgow Uni student I’m interested in THAT connection.

I’ve always loved John Nicolson’s performance in this debate from 2012. (He’s more focussed on other things these days it seems). Mibbe THIS convivial evening, perfect for business schmoozing, was also the perfect opporchancity for recruitment?

I well remember the debate. All positive on the yes side and all negative on the Unionist side. I was surprised the unionists were not called to account for their boast about 800,000 Scots living south of the border. I suspect only a minority chose that future voluntarily. The majority were forced to move away from the country of their birth due to the actions of Unionist politicians who pursued policies detrimental to Scottish industry providing financial and other incentives to English employers whilst denying the Scots. The town of Corby is one example. Scottish coal mining communities were forced to relocate to the North of England to be sure of work.