Not a lot of people know it but five billionaires and their corporations own and control around 80 per cent of the UK media providing them with the means and opportunity to maliciously influence and control political and cultural agendas shaping the knowledge, behavior and beliefs of the population effectively destroying free thinking.

Founded by Welshman, Ron Jones, in 1989, Tinoplis (PLC), based in Llanelli, Wales was established to make programmes for the Welsh language channel SC4.

It went public in 2005 and a year later it launched and won a hostile takeover of the much larger “Television Corporation”.

The acquisition of the company and its production teams at Mentorn and Sunset + Vine, (producers of Question Time and other BBC programmes) transformed the fortunes of the company overnight and 15 short years later it is one of the five aforementioned conglomerates.

The extraordinary expansion of the company from that time, was also made possible with the financial support of the BBC and the offshore registered global equity fund, Vitruvian Partners.

Jones has increased his influence and control of the media market in the UK growing his company to be a world leader serving the BBC and other media networks, broadcasters in the United Kingdom, United States and other countries worldwide producing reality shows, documentaries, infotainment, films, dramas, factual, lifestyle, comedy, game-shows, sports, education, skills, multi-lingual, marketing and communication, e-learning, and mobile-learning courses.

Its portfolio of programming is delivered to customers through its “Mediajet” platform, a cloud based digital media delivery network for distributing broadcast video and media files to multiple locations.

An address to the city of London financial market stated:

“The Tinopolis Group is one of the largest television content suppliers in the UK and a producer of programmes for many of the top networks in the US. The group’s portfolio of production companies includes global sports producer Sunset+Vine, Mentorn Media, Firecracker, Pioneer, Tinopolis Cymru, the recently launched Thunderclap Media, drama producers Daybreak Pictures and Fiction Factory, as well as A.Smith & Co and Magical Elves in the US. Tinopolis also has its own distribution arm, Passion.”

“Our success has been founded on the talent of our people, their creativity and their leadership. With Vitruvian’s investment and support over the past 9 years, we have made Tinopolis a leading player in our industry. Sunset+Vine has achieved remarkable growth to become, in its own right, a global company. To our original UK base we added two of the finest production companies in the US and with them some of the most creative people in US television. We are a private company owned by its management in both countries, optimistic for the future and determined to provide our people with new challenges and opportunities.”

The Canary revealed that BBC Question Time was linked to companies named in the Paradise Papers for offshore tax avoidance.

The programme’s production company, Mentorn Media, created in 2005, is a subsidiary company of the Tinopolis group.

Tinopolis had a majority shareholder called Vitruvian in place until 23 October 2017.

The private equity firm had purchased a 48% stake in Tinopolis in 2008 and was the ultimate controlling company named in the Paradise Papers – all while having been the ultimate owner of the Question Time producers.

Forming part of its large portfolio of companies Vitruvian owned “OpenBet”, an online gambling software company through which it operates the “employee benefit trust”, a tax reduction scheme. The scheme is/was designed to provide employee benefits, such as shares and “cash payments”, through a tax jurisdiction such as Jersey much reducing the employee’s tax bill.

The BBC and Tax Avoidance

The BBC repeatedly pressed the Government to allow an increase in the licence fee but there was public concern that the BBC wage bill was extortionately high and should be reduced.

As ever, the BBC rejected all assertions and waffled on about market competition for high profile and good quality production staff. The public response was to ask the BBC to publish an annual list all high earners.

The first answer from the BBC was a resounding No!!! But, Shock and horror the Government agreed and required the BBC to publish!! just such a list naming all employees earning more than £150,000 per annum.

Whilst some names surfaced over time the earnings of many high profile media personalities and producers was not in the public domain.

Why was this? Sheer bloody mindedness. In response to the Government instruction, the BBC transferred the employment of many high earners to its “in house” production arm, BBC Studios, introducing them to the heady world of the “Employee Benefit Trust Scheme” disappearing them from the payroll.

The BBC stood accused of thwarting the will of the public through the use of questionable accounting’ to avoid scrutiny.

The BBC response was swift and adamant. It would not publish financial information pertaining to the recently formed arms length “BBC Studios” subsidiary.

A BBC spokesman said: “The Government has said we only need to disclose payments made to individuals directly by the licence fee. Some well-known names on the BBC are on programmes made by independent production companies. We pay a fee to the company for the delivery of the programmes. The decision on what to pay the talent and the contractual obligations rests with the independent producers rather than the BBC.”

The Culture Media and Sport committee investigated the matter and after nearly 2 years of protracted discussion the BBC capitulated and agreed to publish all relevant information in the public domain. The names and earnings of highly paid employees of “BBC Studios” shocked the nation.

Gary Lineker: £1.8m: For pontificating about English football. His production company Goldhanger Films also makes films for the BBC. A nice little earner on the side.

Graham Norton: £725k: Hosts weekly show on Radio 2 and a range of programmes and series, Bafta film and TV awards. Additional earnings from the “Graham Norton Show” are paid to his production company taking his overall financial package to around £4m.

Huw Edwards: £465k: Newsreader for News at Six, News at Ten and presenter of election night and news specials.

Claudia Winkleman: £370k Weekly show for Radio 2, a range of programmes and series

George Alagiah: £325k: News at Six and News at Ten

Mary Berry: £20k: A range of TV programmes and series 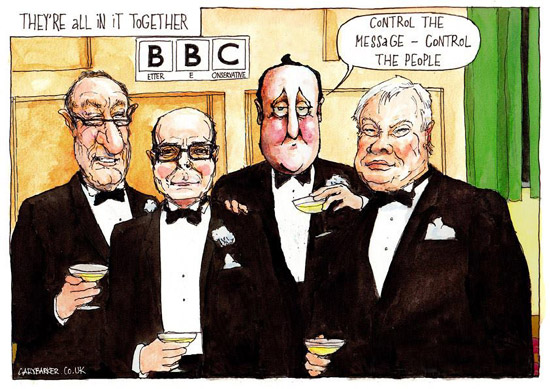 “Smoke and mirrors”, a hefty wedge of Scottish licence fee revenue is routinely transferred to a Welsh and international commercial enterprise which pervasively influences viewers through the retention and exercising of editorial control over production.

Many thousands of viewer complaints about a lack of a code of practice regarding selection criteria for participation in and the conduct of the “Question Time”, audience, have been advanced as examples of shoddy editorial work and programme management!!!

In each and every case complaints have been dismissed by the commissioning agent, the BBC, as unfounded. So much for impartiality!!!

Scottish production companies, wholly registered in Scotland, should be awarded contracts from BBC (Scotland) so that Scottish licence fee payers can be assured their financial contribution is being spent wisely retaining and developing Scottish workers and enterprises.

That was the commitment to Scotland by the BBC only a few years ago. But Scotland continues to be ripped off by franchise commitments entered into by the Westminster government and the BBC Trust.

An Anti-Scots Bias report was discussed in committee at Holyrood in 2014. It is worthy of study since many of the negative observations contained in it are still relevant 6 years later. So much for progress!!! 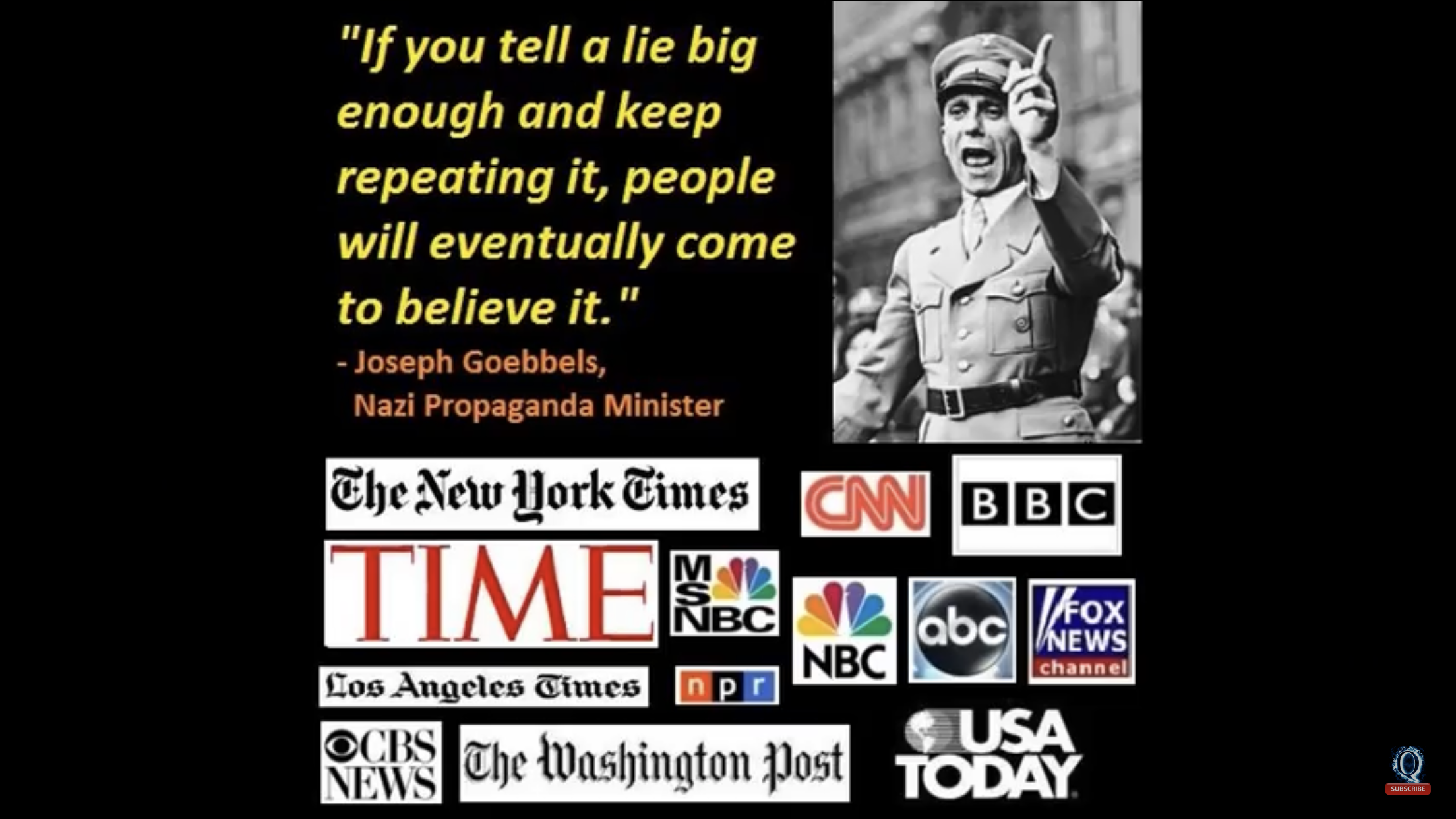