Alex Salmond – Is This His Political Obituary

Recognized worldwide as one of the most talented politicians of his generation, Alex already enjoyed a high-profile in Scottish politics before winning two historic Holyrood elections as S.N.P. leader and securing a mandate to hold a referendum on Scottish independence.

Born in 1954 in Linlithgow, he graduated from St Andrews University and began a career in economics, working for the Scottish Office and the Royal Bank of Scotland.

He served as party leader from 1990, standing down after 10 years only to make a dramatic comeback to the S.N.P.’s top job before winning the 2007 Holyrood election.

He began his parliamentary career as MP for Banff and Buchan in 1987, building a small team of dedicated supporters who would remain loyal throughout his time in politics.

Portrayed by Unionists as arrogant and self-serving, he confounded his critics taking the S.N.P. to Government on a platform of fighting for Scottish independence.

The result of the 2014 Independence Referendum shattered Alex who had led a hard-fought campaign for a “Yes” vote.

The day after the result he dropped the bombshell announcing he was standing down as first minister and S.N.P. leader. 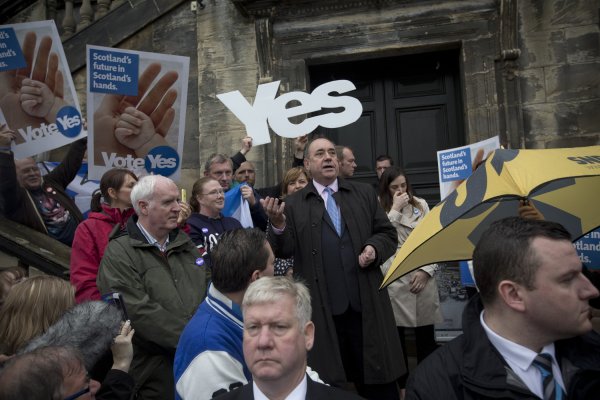 At the time of his unexpected resignation Alex could not have foreseen the S.N.P. landslide victory in the 2015 General Election, only six months later.

A momentous change in the fortunes of the party was brought about by the disgraceful backsliding of “Unionist” politicians, their Civil Service helpers and other parties interested only in the containment of Scots within the existing political constraints.

The much touted joint Unionist commitment to fully implement their “Vow” !!!!……to devolve substantive new powers to Scotland, just short of independence, proved to be a “big lie” that broke the hearts of many Scots who had voted to remain in the Union on the substance of “Unionist! promises.

Alex, was persuaded by his supporters, in the Gordon constituency to remain active in Scottish politics, but this would be restricted to work at Westminster and in a role that did not impinge on Nicola Sturgeon’s leadership of the Party.

The leadership did not embrace the proposal believing Alex to be a liability and no longer an asset to the Party.

But the local Party team prevailed and Alex was selected as the Party candidate for Gordon. He went on to win the seat. Fifty-five other S.N.P. candidates were elected together with Alex, to office. as MP’s.

The new block of S.N.P. MP’s were rich with talent and enthusiasm but lacked political experience and foundered badly underestimating the strength of inherent bias against any challenge to the Unionist dominated Westminster political system.

The one shining light was Alex Salmond, who having accepted his place at Westminster would exclude his direct input into Scottish matters, took on the duties of “Foreign Affairs” spokesman for the Party.

In this role he was well able to deal with the duplicity of a truculent “Speaker” and the Unionist majority.

He also commanded the stage when he spoke to his brief, but there was a sadness noting him sitting on the fringe, at the back of the S.N.P. group allowing his leader, Angus Robertson to take centre stage. 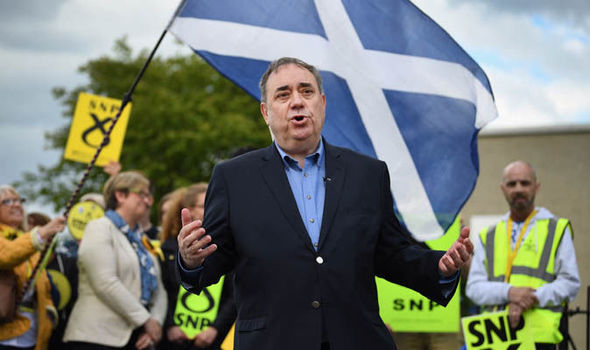 The unexpected 2017 General Election provided Alex with another opportunity to bow out of Scottish politics, so that, as an elder statesman he would be able to further develop his interest in foreign affairs, perhaps through the many media outlets who had provided him with numerous appearances over the years.

But, spurning the chance of a new political direction he decided to stand, once more, for a seat at Westminster, representing Banff and Buchan.

But he and others had misread the political scene. The influence of little consequence of the large body of S.N.P. MP’s had exposed the futility of sending S.N.P. MP’s to Westminster.

Unionist politicians were not slow to act and seized the opportunity given over to them by a complacent S.N.P. leadership and planted seeds of confusion and apathy among Scots voters.

The Unionist’s also introduced “tactical voting” into Scottish politics setting aside their political differences, jointly campaigning in a number of Scottish constituencies, where the incumbent S.N.P. MP would be vulnerable to a low percentage swing in the voting.

Faced with this scenario Alex and a number of other S.N.P. candidates failed in their bids for re-election. 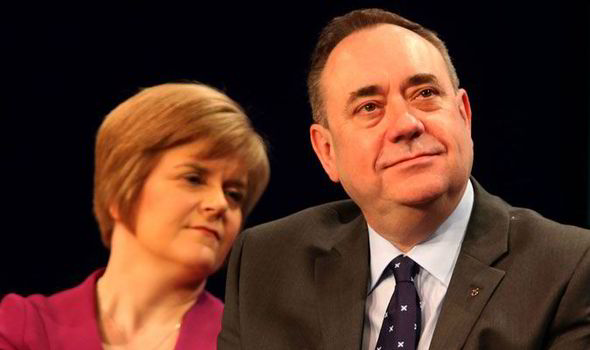 Alex Bows Out of Front-line politics

Alex accepted a need to change direction and considered a future in the media, the most promising of which was as the editor of a major Scottish tabloid newspaper.

The new venture failed to materialize, due to the political pressure of Unionist supporting financial backers and Alex became increasingly dependent on appearance invitations from the right wing media and BBC.

But shock and horror, he was denied then that platform through the Unionist controlled entities.

Lesser persons would have given up the ghost. But not Alex, who turned to the English language television and radio station, Russia Today (RT)’

Having been given written assurances there would be no censorship or any other pressure applied to himself, his guests or content, he signed up to produce and present a weekly current affairs television show.

The show proved to be a hit with viewers (it still is) and with his future assured Alex was a happy bunny once again. All’s well that ends well.

The campaign committed the Party to a rejection of punishing austerity policies inflicted on Scotland by uncaring Unionist politicians, to force the Unionists to honour pledges contained in the “Vow” and continue the fight for Scottish Independence.

The excellent performance of Nicola Sturgeon in debates, coupled with the participation of a record number of supporters and volunteers and a very talented range of candidates greatly stimulated the campaign and the election resulted in a landslide for the S.N.P. who returned 56 MP’s to Westminster, leaving just three seats to be shared between the Unionist parties. 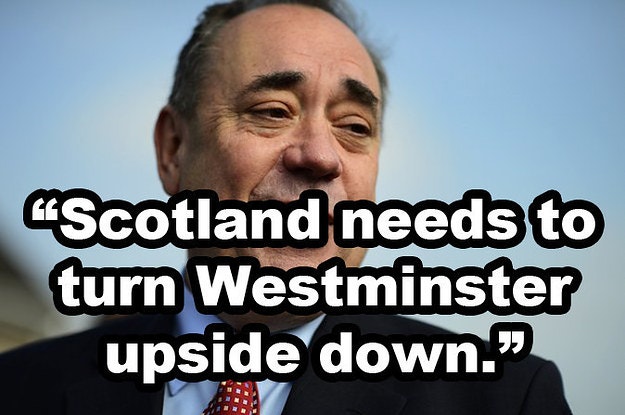 This is where It Went Askew

Angus Robertson, appointed by Nicola Sturgeon to lead the S.N.P. team of MP’s at Westminster, said:

“Westminster is going through culture shock in coming to terms with the fact the SNP did so well in the election. That we are here in such strong numbers, elected as Scots who support independence, is also not lost on them. We were elected to pursue an anti-austerity agenda and more devolved powers for Scotland and we will do just that.”

The final sentence in his statement dictated the approach and conduct of  S.N.P. MP’s  at Westminster. It should have read: “We were elected to pursue independence for Scotland and we will do just that.”

Unionist politicians in the House of Commons, on a world stage, publicly derided, mocked, ridiculed, dismantled and finally castrated  S.N.P. MP’s over the next 18 months.

This contributed to the subsequent loss of S.N.P MP’s in the next election. And the lessons are still not learned.

The S.N.P. leadership needs to change the tactics and I am confident the new direction I am proposing will bear fruit.