Contains a commitment that a Labour party in government will:

Require employers to work on tackling the gender pay gap or face fines.

But Richard Leonard has no authority to do anything. He must comply with the instructions of the Labour Party leadership in London. Any failing on his part will bring about his speedy end.

And, in regard to his commitment to end zero-hours contracts he is remiss in his recollections of recent past events.

In April 2015 Ed Milliband attacked the Con/Dem government over the issue of zero-hours contracts and promised the next Labour government would bring an immediate end to the practice.

But his strategy failed when it was revealed that 68 Labour MPs Employed Staff on Them? So much for the Labour Party sticking up for ordinary workers who are being exploited.

This is what he said:

But there was one small problem for Milliband. It was revealed by the pay and expenses watchdog IPSA that a large number of Labour MPs (68 in total, including Edinburgh South MP Ian Murray) employed workers on “zero-hours” contracts. 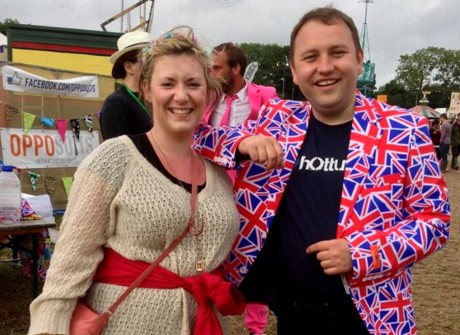 The equal pay policy commitment is most certainly yet another Labour party joke, to be pulled on Scottish workers by the very people they elect, the Unions, to protect their rights at work.

In doing so they had to wait longer but received far greater settlement sums. Not only did Cross take on Glasgow District Council, but he also sued the unions for failing to properly represent their female members, forcing them to up their game.

To the women, however, he is a hero, which explains why Cross retained 80 per cent of the claimants. “I will have to give him 10 per cent of the payout, but he deserves it,” one woman tells me. “He stuck with us when the unions couldn’t be bothered.”

It reveals the duplicity of the Unions who unconditionally supported the policies of their Labour Party Councillor colleagues assisting their efforts to deny women workers a fair wage.

And, not to be outdone the North Lanarkshire Labour/Tory Council set about screwing their female staff out of their pensions.

Yet again the Unions and the labour party were complicit in heinous acts against women employees.

As events unfolded it became evident that the Labour/Tory Alliance run Council would incur a £1million bill after systematically ducking its pension responsibilities to hundreds of female staff it previously tried to squeeze out of equal pay.

The Council was ordered to cough up after a Scottish Public Pensions Agency (SPPA) investigation found it tried to “obstruct” a fair deal for almost 700 women who were systematically underpaid for years by the council, earning lower wages than male colleagues doing jobs of equivalent worth.

Last year, after initially forcing the authority to give them back-pay through a tribunal, they reached a second negotiated settlement worth a further £7.1m, after being represented by equal pay experts Action 4 Equality Scotland, (note the absence of Union support).

According to recent local government pension regulations, all back-pay must be treated as “pensionable”, meaning bigger pensions and bigger lump sums for those affected. The change required the Council to top up their employer contributions to pension funds.

However in February, North Lanarkshire once again tried to sidestep its duties to the Strathclyde Pension Fund, which covers the female staff, by claiming the women’s second round of back-pay was actually a form of negotiated “compensation” and therefore not pensionable.

It said the council must pay the income tax and national insurance on the second wave of back-pay as well as employer contributions, an estimated total of £1m.