The other unionist parties are of the view that Craig Harrow, the Liberal Democrat candidate, has the best chance of unseating the SNP and are standing aside giving him a clear run at it.

The Tories finished second in the last GE, but the seat, formerly held by the late Charles Kennedy was at one time considered to be a safe Liberal Democrat seat.

The choice of Harrow as their candidate reveals the nasty side of a party which is abusing the legacy of the Late Charles Kennedy as justification for selecting him.

Harrow’s opening address to the electors was:

“I am campaigning in place of my late dear friend Charles Kennedy and my election would be a fitting tribute to his memory. I am determined to win the parliamentary seat back from the SNP in a way that Charles would be proud of. We need an uplifting, positive campaign for the Highlands and Islands.”

What a load of twaddle!!!

I doubt Charles Kennedy would have campaigned for election with the byword Fix!Fix!Fix attached to it.

Yukky tactics but asymptomatic of the Liberal Democrats who being Westminster Whigs in disguise are the sleaziest operators in politics. 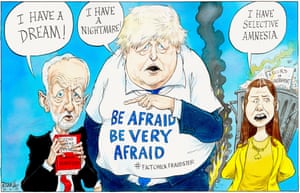 Followers of my blog will remember this one:

The Yes campaign faced the might of – The Abbotsford Team ( actively backed by the entire UK political system, the civil service, media barons, commercial and financial institutions, The City of London, Heads of State and senior politicians of countries worldwide and just about anyone or anything that David Cameron and Sir Jeremy Heywood could muster in their mission to deny Scotland it’s rightful place in the world as an independent country.)

Questions have been raised after it emerged the UK cabinet office had paid the sum to “Engine Partners for “communication support” in January 2014.

The work is understood to be related to the UK Government’s campaign against Scottish independence. Craig Harrow, the convener of the Scottish Lib Dems and director of the pro-UK Better Together campaign, is in charge of the firm’s Edinburgh operations.

Harrow, 45, has been masterminding the Lib Dem’s drive for a No vote and was a founding member of the “Better Together” campaign. In addition to his role as party convener, he has also acted as Chief Secretary to the Treasury, Danny Alexander’s election agent.

Records from Companies House show Harrow’s company, MHP Communications, of which he is the Chief Executive, forms part of Engine Partners UK.

Harrow stated that he did not have responsibility for any part of the contract, but the company’s website lists Harrow as the Edinburgh contact for all business inquiries.

Engine’s Edinburgh office is at 3 Melville Crescent – right beside the Lib Dem-run Scotland Office’s HQ in the Scottish capital.

The SNP said the revelations expose the UK Government to a charge that it is dishing out “Scottish taxpayers money to an organization with unarguable links to the “Better Together” campaign which is illegal under the rules of the Independence referendum.

And I’ll take bets that the money was not declared to the Electoral Commission, as income and expenditure.

The revelation that Harrow was also the managing director of PR firm MHP Communications, operating from the same office accommodation as Engine Partners UK, was the straw that broke the camels back for the SNP who demanded answers, saying:

“As well as £46,500 on secret polling, it now emerges that the Con/Dem UK Government has given £30,000 of public money to a company run by the Convener of the Lib Dems in Scotland. Harrow is also a founding Director of the “No” campaign and r’s election agent – and his office just happens to be next door to the Scotland Office. The Westminster Establishment is entitled to campaign for a “No” vote, but it is not entitled to parcel public money round their friends as if it were their own. There needs to be full disclosure of this secret spending, the publication of exactly what it bought, and both Danny Alexander and Willie Rennie need to tell us what they knew about it.”

An anonymous spokesman for the Treasury said:

“The Chief Secretary (Danny Alexander) was not involved in the appointment of “Engine Partners” to provide consultancy to the government. Harrow had no role in running the account. All spending in relation to the government’s work on undertaking analysis, communications, and research associated with the future of the United Kingdom has been made in full compliance with all relevant processes and procedures. The government remains committed to keeping the United Kingdom together and is focused on ensuring that the people of Scotland have access to the information and arguments that they need to make that crucial decision.”

The revelations came after it emerged that the Con/Dem government at Westminster also paid £46,550 to pollsters Ipsos Mori for “market research on attitudes in Scotland towards Scottish independence”.

Alex Salmond demanded that Scottish taxpayers’ money had been misused and at the very least the results of these surveys should be published. But the spokesman for the Con/Dem government at Westminster said it was “not usual practice” to publish internal polling. In other words, get stuffed Alex!!!

I did say the Liberal Democrats were sleazy but so blatant were these abuses of public finance in support of a political campaign by the Con/Dem government, Abuse of the Scottish electorate is commonplace with Westminster governments they got away with it, courtesy of the BBC and the Scottish, right-wing media who were well aware that the Con/Dem government had not even been economical with the truth. The brazenly lied to Scots. 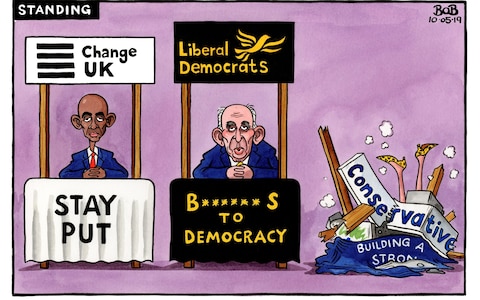 MHP Communications a major player in the Government Lobbies at Westminster

But Harrow is no second rate gopher for the Liberal Democrats. In a submission to the Westminster “Standards, Procedures and Public Appointments Committee” on 14 January 2014 he wrote:

The political lobbying company was created by a management buy out, in 2004. It quickly added to its resources with the acquisition of a string of marketing services companies involved in interactive, branded content, sponsorship and direct marketing.

The Parent entity “Engine Group” was created as the umbrella for these different units, and operated as an integrated group offering a complete range of interlinked marketing services.

After a series of losses over a number of years, the agency’s marketing department was struggling but at the same time, the company greatly expanded its services, offering, launching or acquiring a string of marketing services subsidiaries through its corporate parent,the “Engine” Group, which held ownership of the entire agency and its various associated subsidiaries.

Although the service units remained to be standalone branded, they worked closely with one another to provide what was effectively a seamless integrated service, depending on the requirements of individual clients.

2013, annual accounts stated that more than half of “Engine’s” revenue had been generated from clients using two or more Engine subsidiaries.

(this is what the deal was in Edinburgh)

In July 2014, Venture capitalist company “Lake Capital” purchased 100% of the business for around £100m then injected its large US marketing-based investments into the group.

The good people of Ross, Skye, and Lochaber need to be informed and/or reminded of the political misconduct of Craig Harrow. Before the General Election.  Otherwise, they may well fall for the hype and get stuck with a Whig.