The Rise of the Whigs and Sir Robert Walpole

With German “Geordie”, preferring to remain in Germany the newly created United Kingdom was governed by proxy.

The shift of power transferred from the monarch to a council of ministers comprised of Conservatives and Whigs.

The Whigs proved to be the most dominant of the groups and very quickly grew their powerbase at Westminster then extended it to include Scotland, with the active assistance of sycophantic Scottish lords and landowners.

Sir Robert Walpole, The Lord Chancellor, (who later promoted himself as the first-ever Prime Minister of the United Kingdom) took charge of the government in England and quickly extended his powers to include Scotland by roping into the Westminster government a number of Scottish lords who sycophantically toadied to Walpole and to England.

The Scots were pacified by those they thought would defend their rights.

The political establishment continued to exercise control over policy in Scotland through the patronage of the Whigs but an appearance of freedom was “smoke and mirrors” since it was Walpole and his Westminster government that dictated political events in the United Kingdom.

The servile deference to the Whig government, of Scots who attended the Westminster parliament, brought with it the contempt of an English Westminster political elite who viewed them as being open to corrupt influence and especially bribery.

By 1725, the Whigs hold over Scotland and Scottish politics was absolute. The Scottish Secretary, (The Earl of Newcastle) was so confident of his governments’ power he publically stated Scotland to be a nation with, “the reputation of so much complaisance for the powers in being”.

But the complaisance of the Scots was sorely tried in the period 1720-1730 by a Walpole government that destroyed Scottish goodwill through the imposition of a series of financial and legal policies favouring privileged English landholders over Scottish consumers. Walpole transfers taxation From Landowners to the masses

The Whig agenda under the leadership of Walpole, Lord Chamberlin, was a redistribution of the United Kingdoms tax burden.

The first part of this revenue restructuring programme involved replacing land taxes (helping the rich get richer) with commodities taxes (making the poor even poorer).

The shift to commodities taxes was purely political.

He then followed this up by moving the tax burden away from England to Scotland and in time to other parts of the emerging British Empire.

Walpole’s supporters argued that the treaty of the union “supposed and required equality of taxes between England and Scotland” and it would be unconstitutional for Scots, despite their comparative poverty to pay a penny less than their wealthy southern neighbours.

The cynical approach would bring with its introduction a significant increase in the tax burden of the Scots balance with a massive decrease of taxation on the rich.

The malt tax of 1724–5 was the first of many taxes introduced by the Whigs that created the most regressive form of taxation in the world. An insidious form of repression that has never been reversed. 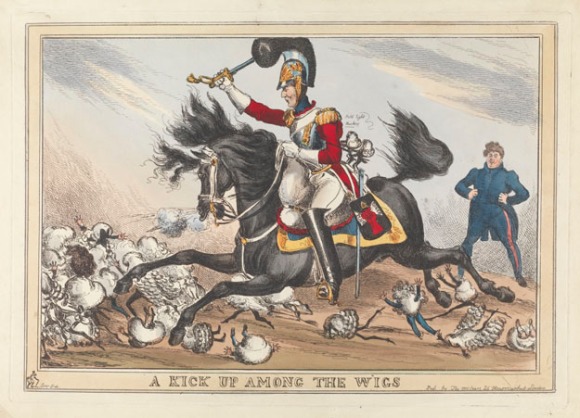 The English government first attempted to introduce a levy on Scottish malt in 1713, but this failed. But Scots anticipated that Westminster would seek to impose its will at some future date. And it did.

In December 1724 Walpole introduced a proposal to impose a 6d. excise in Scotland on every barrel of ale, (Subsequently reduced to 3d after intense lobbying).

The Scottish response was fast and furious. Scots took to the streets in protest and freeholders in all of the Scottish cities refused to collect the tax, preferring to close their establishments. Petitions were sent to the Westminster government fully supported by all Scottish politicians including those of a Whig persuasion.

Scottish concern about the malt tax was equally about principle and poverty. They believed that Scotland’s poverty made it unable to bear the same share of public burdens as its rich neighbour to the south and if they backed off from the issue the Whig government would introduce more punitive taxes in the future. Enough was enough!! But the legislation was introduced in the face of all of Scotlands opposition

Riots protesting the malt tax swept across Scotland’s cities over the summer of 1725.

There were consequences. In June 1725, about 100 people gathered in Glasgow and marched on the City’s townhouse and destroyed it. The morning after a company of English soldiers was deployed to the city to take control of a number of buildings important to the revenue office. The crowd beat them back and they retreated to barracks.

In July 1725, the brewers of Edinburgh joined together and agreed to stop brewing beer until the malt tax was lifted. Whig politicians worried that it would drive an already unhappy city into outright rebellion and arrested four or five leading Edinburgh brewers, a tactic which scared forty of their fellow brewers into breaking the strike within the week.

In August a the Whig MP for Dundee, Logie was attacked and might have killed but for his rescue by English soldiers.

The Westminster government responded by deploying a large English military force under General Wade, to “march into the City of Glasgow and strike terror into the mutineers in the west”. This he did with great gusto, by first attacking, then firing upon protestors killing several people following this up with the imposition of “Martial Law” and strict curfews and movement of the civilian population.

The Whigs then exacted retribution against the City of Glasgow by arresting a number of City Magistrates and trying them for the crime of “malversation”.

The humiliating public trial of Glasgow’s elected officials was both a warning of the costs of challenging Whig power and a reminder to a colony unwilling to accept its subservience to the whims of the Westminster government.

By arresting elected city officials on trumped-up charges and putting a major Scottish city under military occupation, the Whig ministry displayed a criminal lack of regard for Scotland’s sense of political autonomy and proved yet again that they viewed Scotland as a subordinate colony whose sovereignty and institutions meant nothing to them. 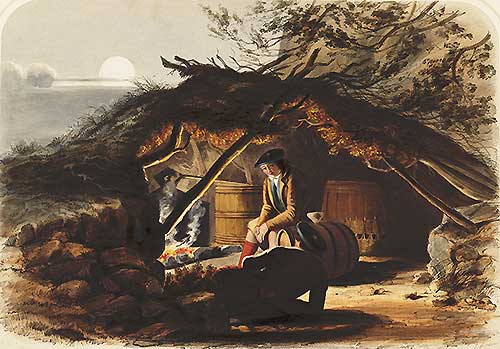 Commodities taxes like the malt tax disproportionately affected poorer Scots, raising the price of malted barley, which was used not only to make ale but also bread. And beer production which was an important industry in economically downtrodden Scotland.

The malt tax crisis of 1724–5, was an attack on the survival of many Scots and it exposed the Whigs’ financial agenda and disregard for Scottish autonomy and convinced many Whig supporting Scottish politicians that the party did not have Scotlands best interests at heart.

Their protests resulted in them losing the patronage of Walpole and his Westminster government and they were forced to resign from office. Many Scottish Whig ministers elected to support the actions of their government against Scotland and retained their positions of authority.

But the Westminster government “shot itself in the foot” with the imposition of the malt tax since in doing so it alienated Scotland’s Lowland cities that had been had thought to be bastions of Hanoverian Whig support. The loyalties of many Glasgow inhabitants shifted away from the Whigs.

At Westminster, efforts by Scottish representatives to repeal the tax proved futile, though the Whig ministry, in an effort to appease their Whig allies, agreed to apply any tax revenue over £20,000 to a new Board of Trustees for Improving Fisheries and Manufactures, which came into operation in 1727.

The provision, though better than nothing, was hardly a capitulation since England had already promised—and failed—to provide these funds several decades earlier upon passage of the act of union.

The malt tax crisis drew to a close with the Whig ministry completely victorious, though that victory would come with certain political costs. Although these events never turned into an insurrection the incident had a significant impact on the course of Anglo-Scottish party politics. 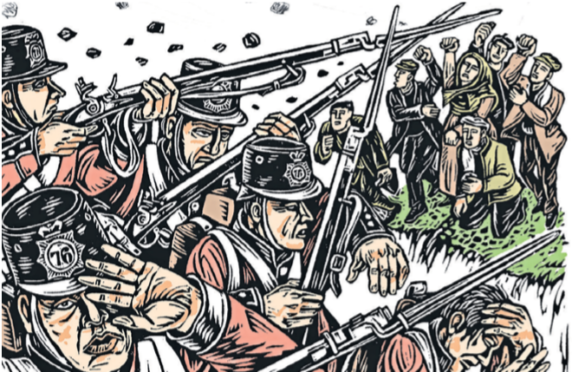