Part 1 outlined events from the time of introduction of the 2 crowns through to the period up to the offer by the English of the Acts of Union which were eventually signed in 1707.

In the early part of the century, the English were keen to woo the Scots into an agreement which would lead to an agreement to join the kingdoms in a union. But Scots had endured many English invasions of conquest each of which had eventually failed.

When English wooing faltered and failed to reap the harvest it so wished they reverted to type and set about bullying Scotland into submission by any means.

The process took nearly 50 years but famine, English naval and land army blockades coupled with the military and financial coercion of European countries into avoiding trade with Scotland brought hardship and death on Scots.

The final and brutal betrayal of Scotland by its own King who approved the destruction of the Darien community in the Panama Isthmus aided greatly by the equally treacherous Spanish proved to be the straw that broke the camels back and brought the Scots to the negotiating table.

But the English, fair chuffed with their conquest refused to negotiate and replied with a set of take it or leave it conditions, the signing of which would bind Scotland to England in a treaty of union.

Scots may have been on their knees but they were unbowed and told the English to get stuffed.

But Scotland was betrayed yet again, this time by an unelected cabal of Scottish lords who sold their country out on the promise of the settlement of their individual debt. 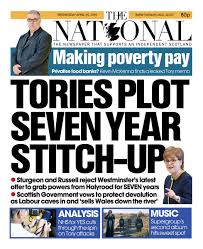 Part 2 deals with the first few years after the signing of the Acts of Union. Would the English honour their vows?? Dreamon McDuff!!!!! 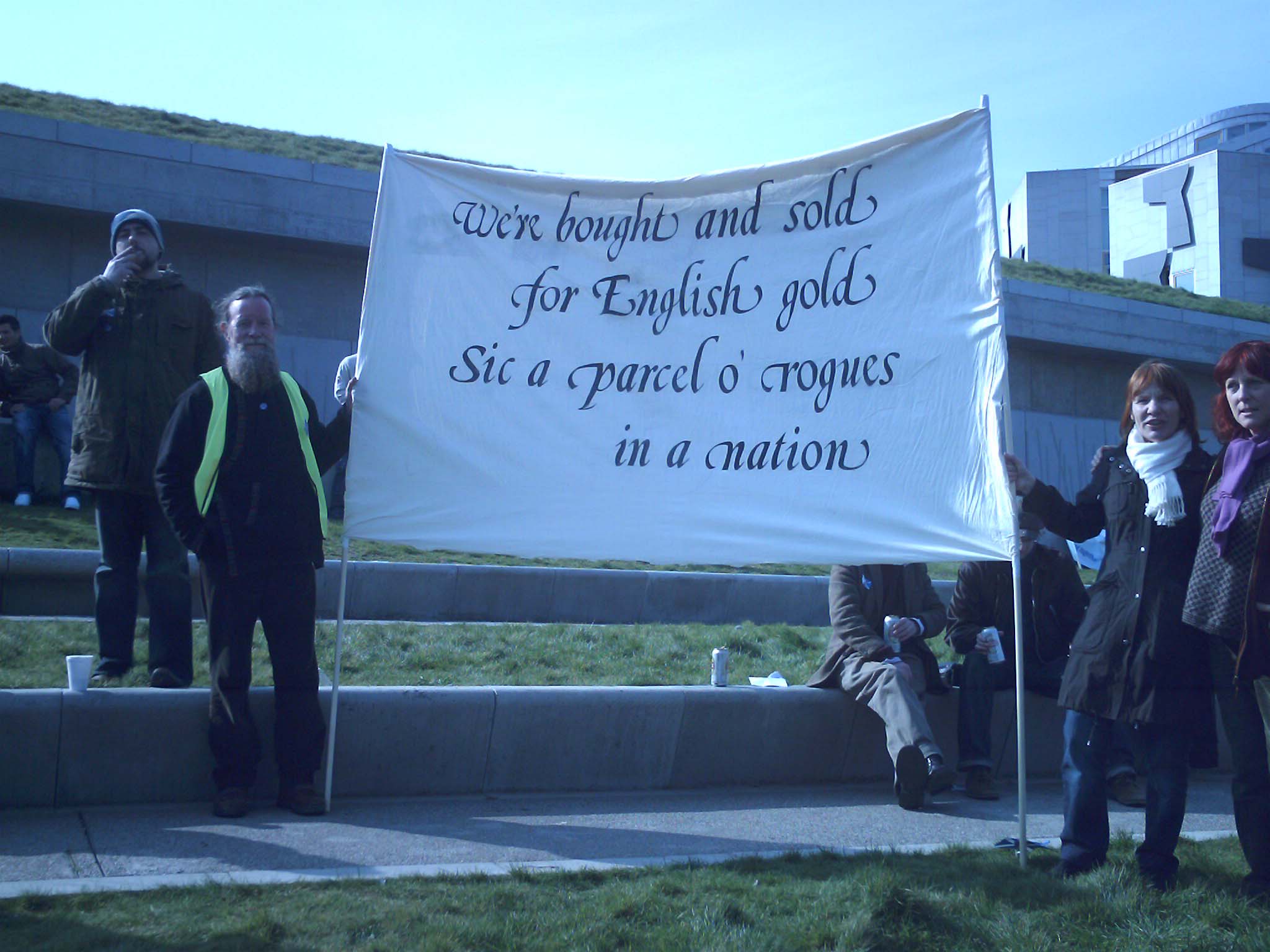 Queen Anne was succeeded by her second cousin Sophia in 1714, then Sophia’s son, George I, Elector of Hanover.

German “Geordie”, did not speak English and was not actively involved in the government of his new United Kingdom preferring to exercise physical control over his German kingdoms.

This resulted in a shift of power away from the monarch to his council of ministers, the head of which was Sir Robert Walpole who promoted himself as the first-ever Prime Minister of the United Kingdom.

Scotlands economy declined markedly as a direct result of the union which brought about a major change in the marketing of goods including the removal of tariffs on goods moving between the countries.

Scottish industries such as linen manufacturing suffered badly because they were no longer shielded from English competition.

The Westminster government’s decision to immediately equalize taxation across the Kingdom increased taxes in Scotland fivefold and was a hammer blow to Scots who had always enjoyed much lower rates of taxation.

But the English needed the money to pay for their expansionist policies and wars against France and other European nations, many of which had been allied to Scotland for centuries.

The fishing industry was forced to subject to a series of debilitating new salt taxes. 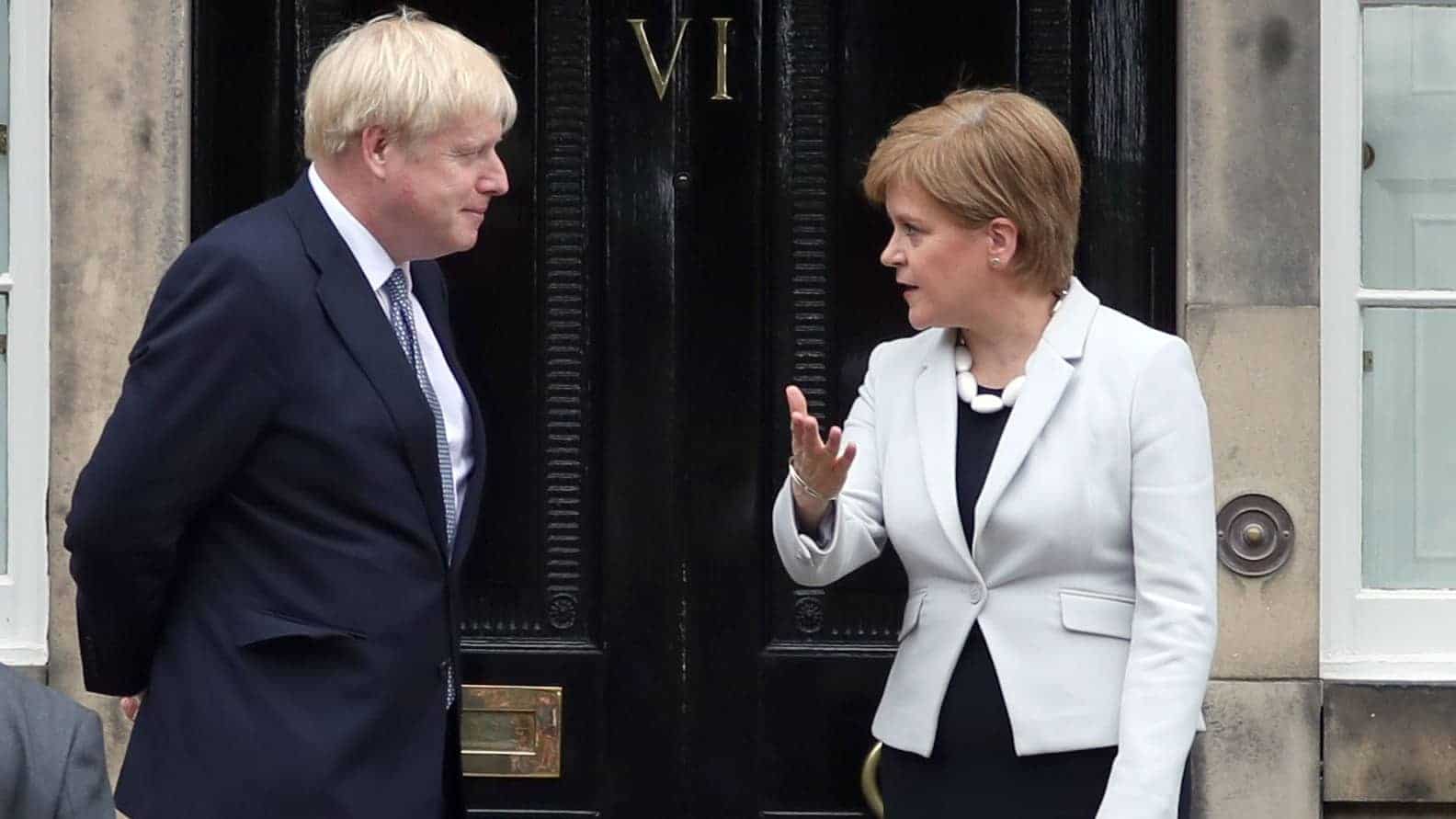 The result was a marked increase in poverty as finance was taken away from Scotland to feed the gluttony of the English parliament at Westminster.

Adding insult to injury the Westminster government blatantly abused the terms of the Acts of Union by failing to fulfil a commitment to making a £2,000 per annum manufacturing support payment to Scotland for seven years from 1707.

Many years of political debate on the issue finally yielded results in 1727 when the Westminster government reluctantly agreed to make the payment, but only if it was balanced by the removal of a number of tax exemptions that had been granted to a number of struggling Scottish businesses.

Such behavior adding insult to injury would be well-practiced in the years that followed.

Then, in 1713 the Westminster Tory government decided to extend an English malt tax to Scotland provoking major public protests and noncompliance forcing the government to withdraw the tax.

The event viewed by many as the culmination of many acts against the wellbeing of Scots came close to destroying relationships between Scotland and England.

Indeed so strained that a Scottish-led motion to commence proceedings with the intention of dissolving the Union came extremely close to passing in the House of Lords, failing by just four votes. 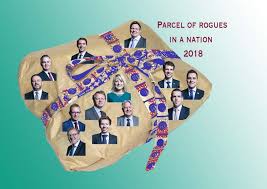 It also brought the Earl of Mar to the forefront of Scottish politics.

He was a Jacobite by nature and a supporter of the Union but nevertheless pledged his allegiance to George 1 and took umbrage when the king publically snubbed his welcome.

The Earl, who at the time was the “Third Secretary for Great Britain” responded by proposing a Resolution to have the Acts of Union repealed.

When this failed he resigned from the government and returned to Scotland where he continued to agitate for the repeal of the Union.

Then, On 1 September 1715, he raised a standard for “King James VIII” at Braemar and quickly gathered an army of around 10,000 men and started to gain considerable ground in northern Scotland.

But he had made three grave strategic errors

1. James, who was a resident in France had not been advised about the planned uprising.

2. He failed to coordinate his challenge with similar uprisings that occurred in England

3. He was inexperienced in battle and, as events proved a very poor General.

On 13 November 1715, a large part of Mar’s army advancing from Perth met a much smaller government force under John Campbell, the 2nd Duke of Argyll at the Battle of Sheriffmuir, north of Dunblane.

Mar’s forces won the ensuing short battle but he failed to take advantage of an open road south to Glasgow and Edinburgh that would have consolidated his position affording the recruitment of many more to his cause. Instead, he returned to Perth to regroup and consider his options.

Meanwhile, James Stuart was only able to reach Scotland from France on 22 December, when he landed at Peterhead: he was too late, the uprising was all but over.

The Jacobites abandoned Perth on 31 January 1716, and on 4 February James Stuart and John Erskine, 23rd Earl of Mar, sailed out of Montrose, bound for France. Neither would ever return.

The Westminster government got lucky when it weathered the Jacobite uprising of 1715.

A crisis generated by avarice, greed and the mindset of the victor basking in the glory of conquest.

Its arrogant post-union behaviour by the English towards Scotland inflicted extreme hardship on Scots’ through the imposition of hugely unfair taxes and many other suppressive acts.

The Westminster government got lucky when it weathered the Jacobite uprising of 1715.

A crisis generated by avarice, greed and the mindset of the victor basking in the glory of conquest.

Its arrogant post-union behaviour towards Scotland inflicted extreme hardship on Scots’ through the imposition of hugely unfair taxes and many other suppressive acts. 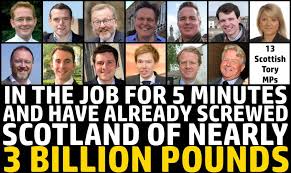