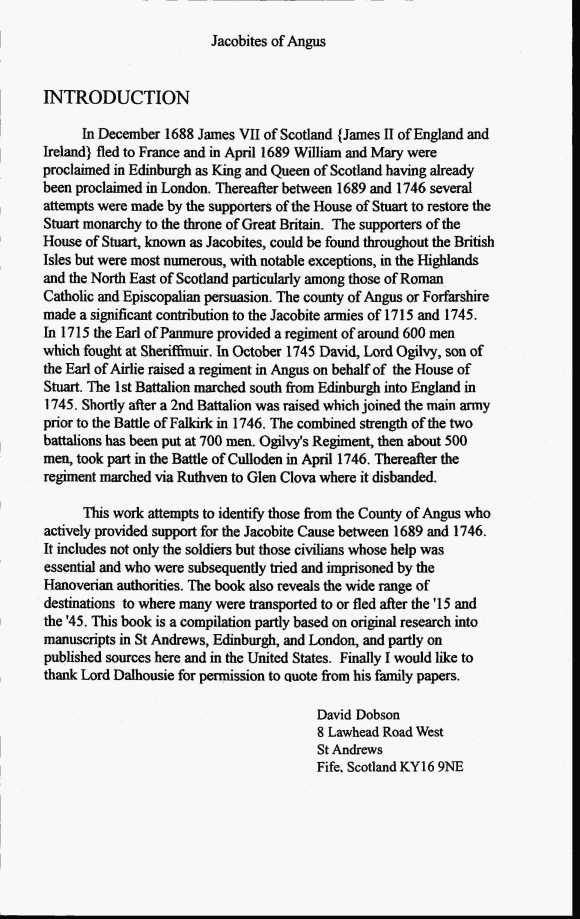 The Angus Jacobite’s who rose up in 1745 were led by twenty year old Lord David Ogilvy, whose force of around 600 men came from his father’s estates.

His father and Sir David Kinloch later managed to raise another 400 men from Angus and the Mearns.

Following the disaster of the Battle of Culloden, Ogilvy captured a ship in the River Tay off Broughty Ferry and managed to escape to Norway.

He was eventually pardoned and returned to Scotland in 1778.

His sword, still preserved in the family castle at Cortachy, is inscribed with this legend: ‘The man who feels no delight in a gallant steed, a bright sword, and a fair ladye, has not in his breast the heart of a soldier.’

Those Jacobite rebels who were lucky enough to escape the carnage at Culloden were hounded by the Kirk.

The Westminster government’s list of rebels from the districts of Brechin, Arbroath and Montrose came to 338 men.

When the Duke of Cumberland arrived in Montrose, in February 1746, he issued an order demanding that all rebels ‘lurking in the Country’ should deliver themselves to a magistrate or a minister, ‘and submit entirely to His Majesties Mercy’.

He also threatened to have certain townsfolk whipped at the Cross because they had allowed their children to light bonfires to celebrate the birthday of the Pretender.

Some bold Jacobite ladies on that occasion had donned white dresses adorned wit white roses and marched through the streets.

The questions put to suspected rebels by the kirk sessions within the Presbytery of Forfar were as follows:

1. Was you in ye Rebellion by bearing arms in the service of the Pretender?

2. Do you contribue men or moe to ye rebels, and in what inducement?

3. Did you in your conversation or talking with your neighbours say anything to encourage ye Rebellion, or against His Majesty and ye great establishment?

4. Did you attend a non-juring meeting-house during ye time of ye Rebellion?

Among the 72 Brechiners to be interrogated was one Peter Logie, a crippled tailor from Tigerton of Balnamoon, who fought at Preston, Falkirk and Culloden.

When he was asked about what position he had held in the Jacobite army he glanced at his club foot and replied, ‘I had the honour to be his royal highness’s dancing master.’ He was subsequently freed.

Peter Logie’s laird was mentioned in the lists compiled by the Montrose excise: James Carnegie of Findourie, Brechin, acted as Lord Lieutenant Deput of the County of Angus, appointed Governors of towns and factors upon the forfeited estates…[he] raised himself men and money out of these estates.

Carnegie, better known from his official estate of Balnamoon (Bonnymun), collected the cess – or land tax – on behalf of the exiled Stuart ‘king’.

Balnamoon arrived home from Culloden the day after Peter Logie.

The redcoats were extremely anxious to discover this important outlaw, so he went into hiding in the wilds of Glen Mark and Glen Esk.

His principal hiding place and refuge was Balnamoon’s Cave, near the foot of Cannaud Hill. (Those searching for the cave can find it about a mile and a half beyond the Queen’s Well, 75 feet above the river bank.)

Although the kirk elders of Lochlee parish smugly reported that their parishoners ‘ had behaved themselves very well during the unnatural rebellion’, most people here were still sympathetic to the Jacobite cause and did not reveal Balnamoon’s bolt hole.

The glens filled up with government troops looking for the laird.

A large reward was offered for Carnegie’s capture, but he was secretly welcomed at many upland farms.

One cold and miserable night he arrived at James Mill’s home at Auchronie and was well settled by the hearth when a group of soldiers arrived.

While they were asking Mill if he had any knowledge of the fugitive, the man himself was too terrified to move.

Fortunately he was disguised as a hind (farm labourer), so he did not immediately attract the search party’s attention.

The farmer declared that he had not caught sight of Balnamoon for a considerable time.

Then he gruffly ordered his ‘servant’ to go and attend to the cattle in the byre.

Balnamoon hurried out and ran the four miles back to his cave.

He was later betrayed by a Presbyterian minister and imprisoned in the Tower of London.

But his luck held good and he was freed because of a ‘misnomer’.

He returned to Balnamoon and often entertained James Mill when the farmer ventured south.

An occupation force comprising many thousands of soldiers was deployed to Scotland after Culloden .

Forts, barracks and roads were built over a period of 12 years enabling the imposition of brutal martial law, hunting down and jailing or transporting of anyone favouring the Jacobite  cause. 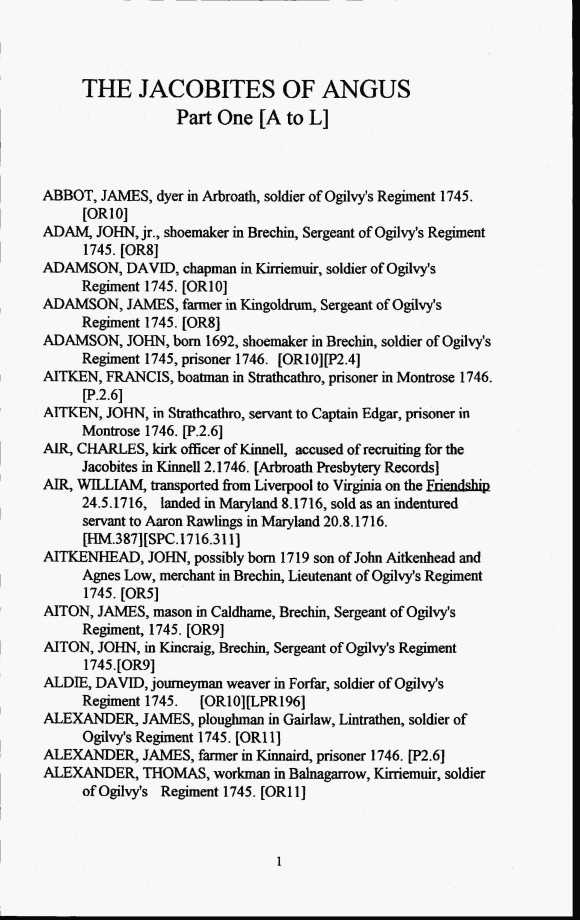 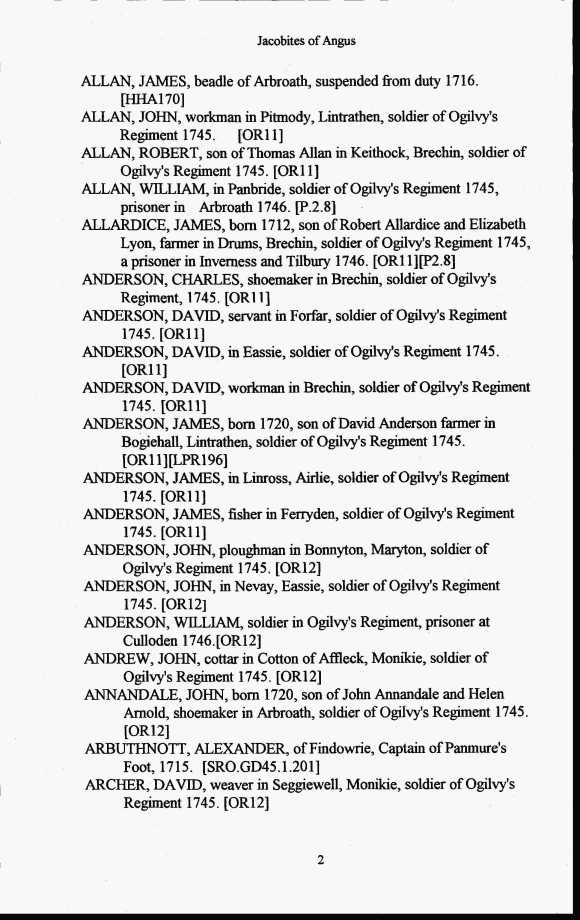 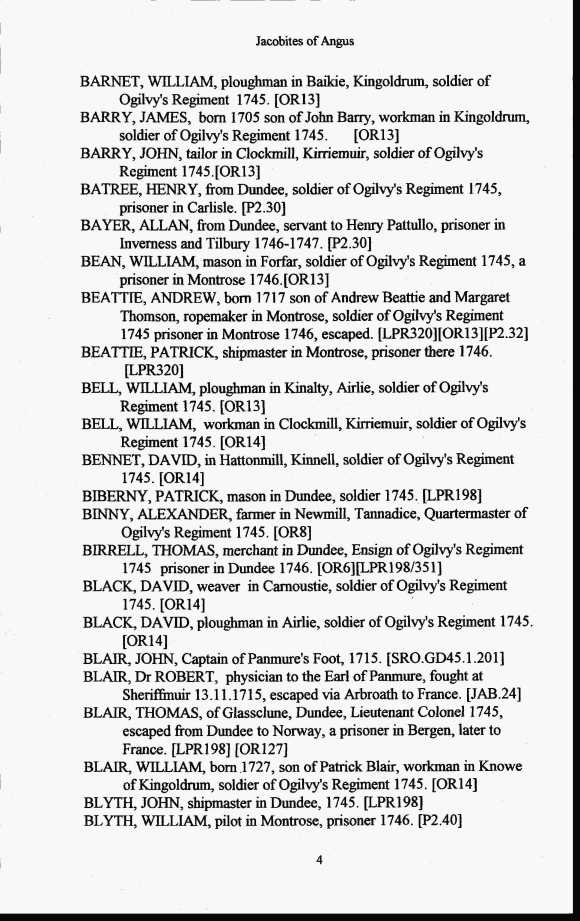 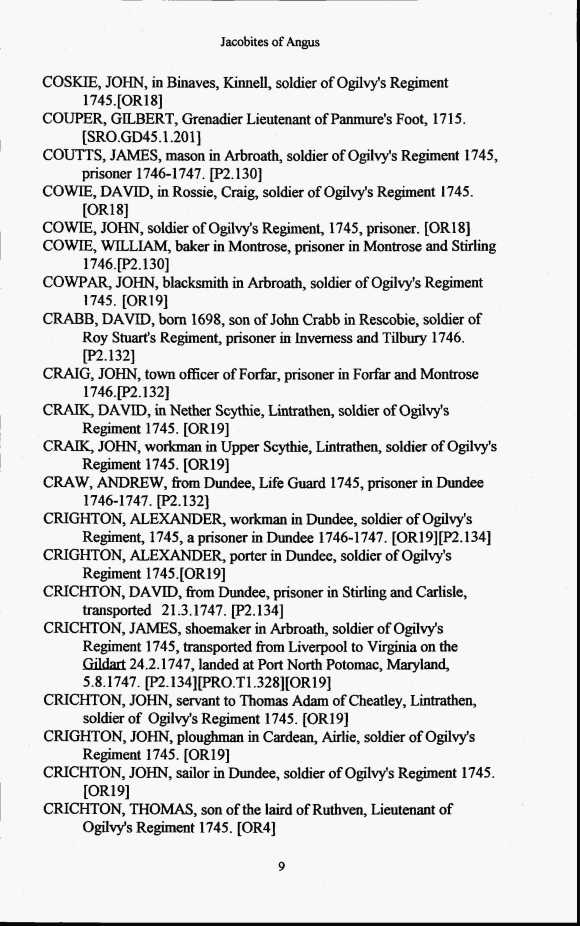 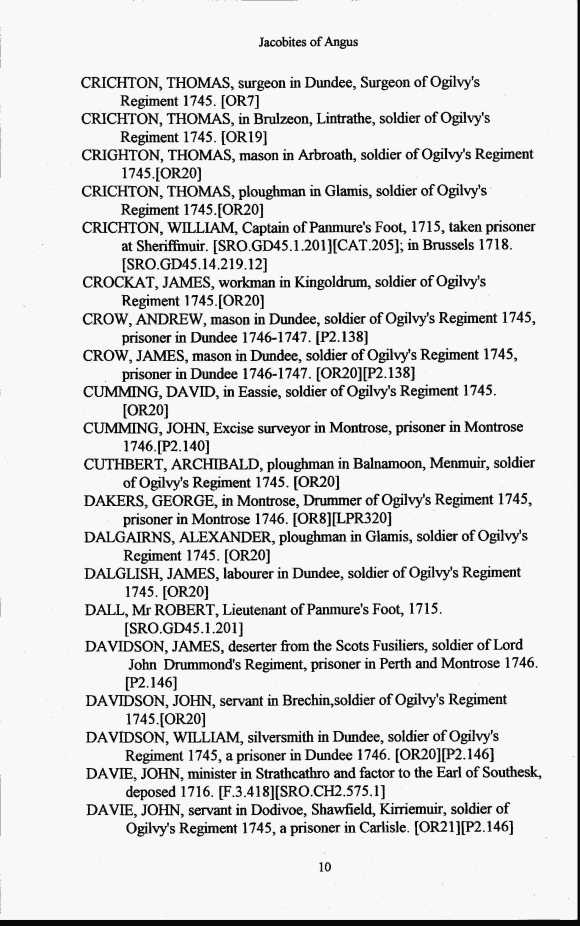 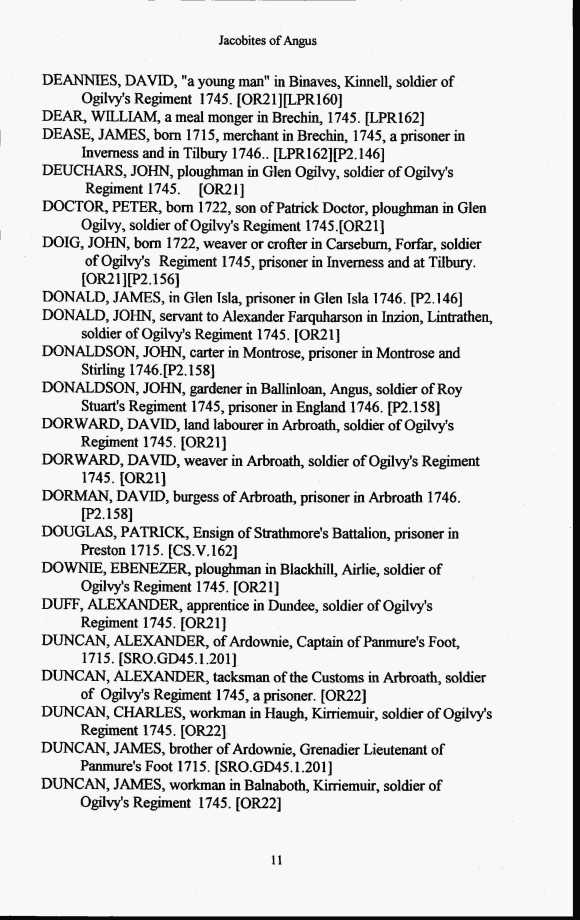 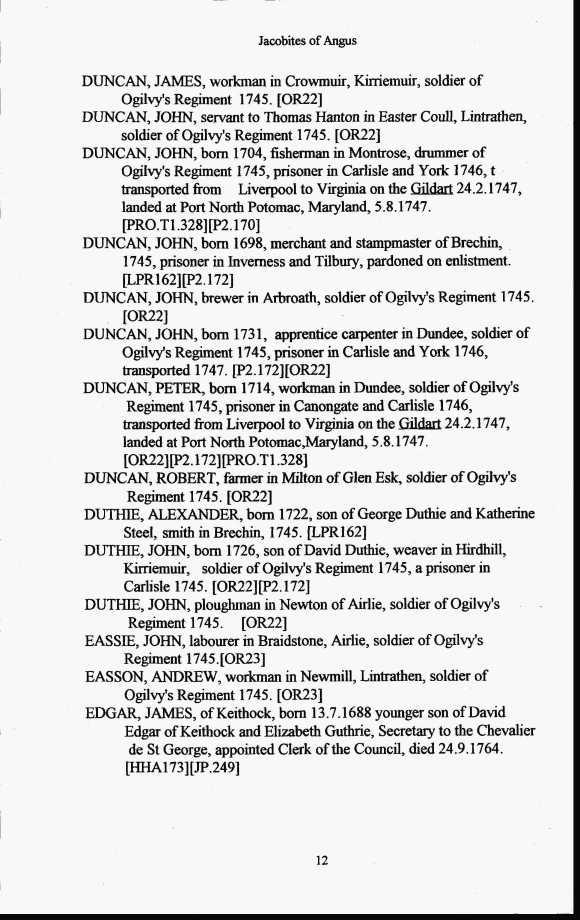 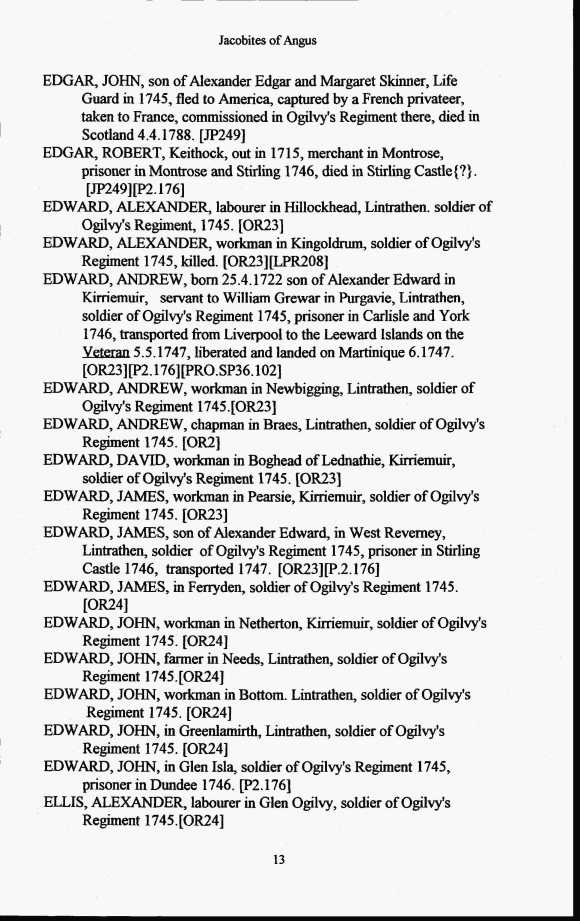 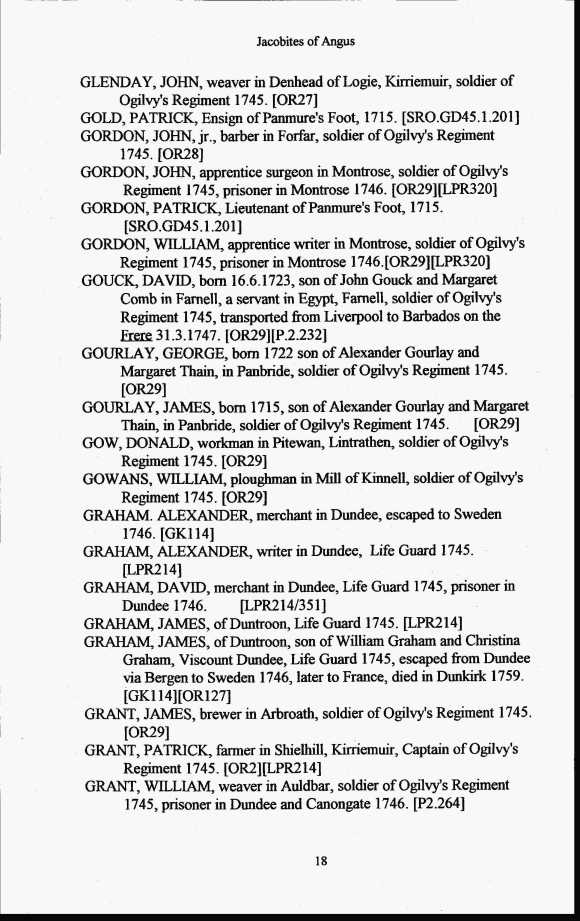 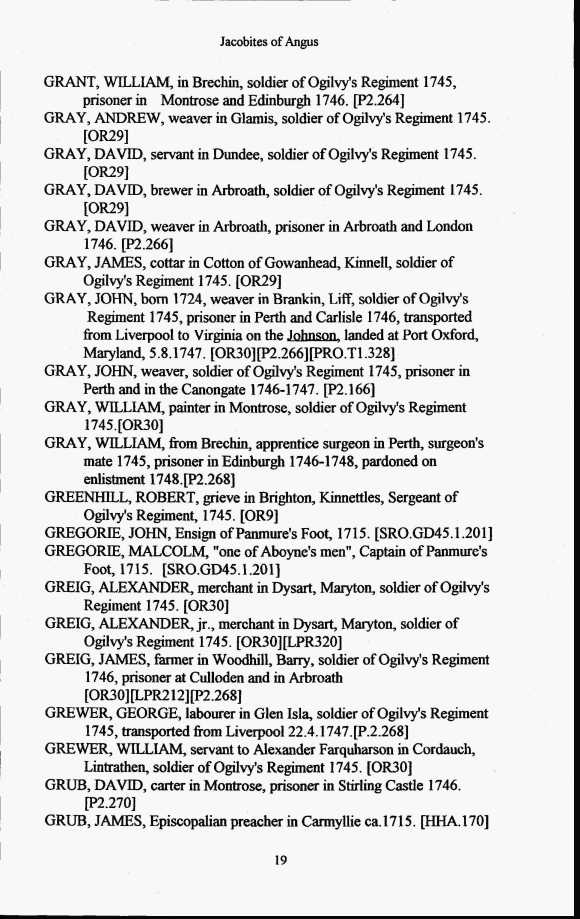 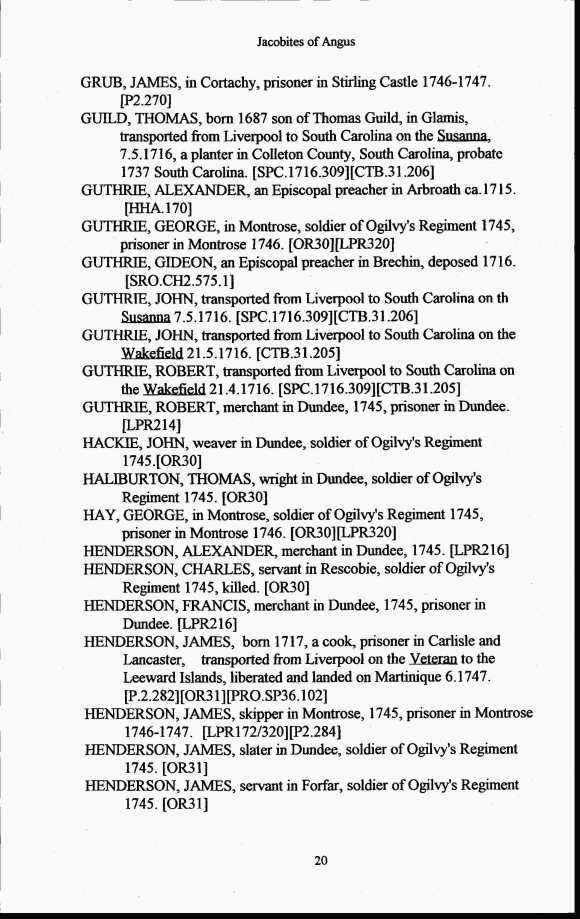 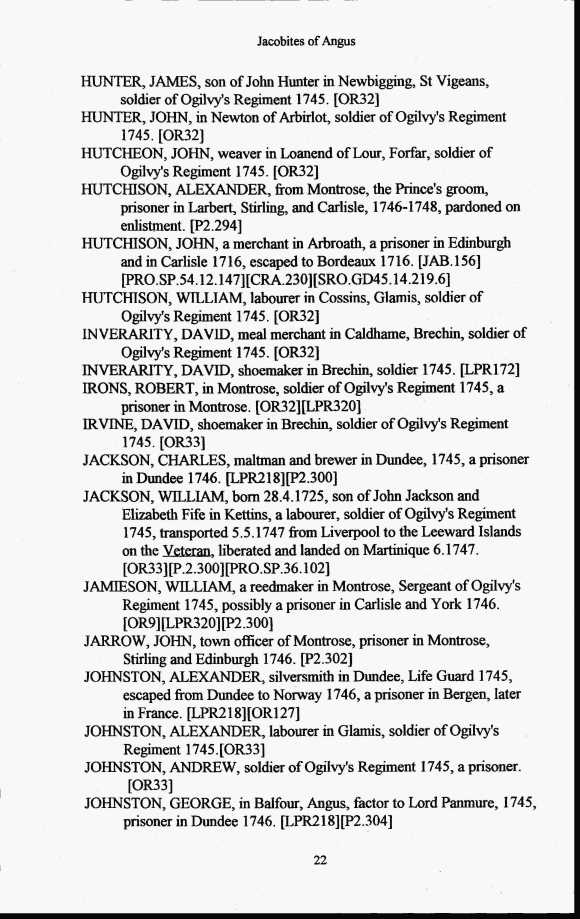 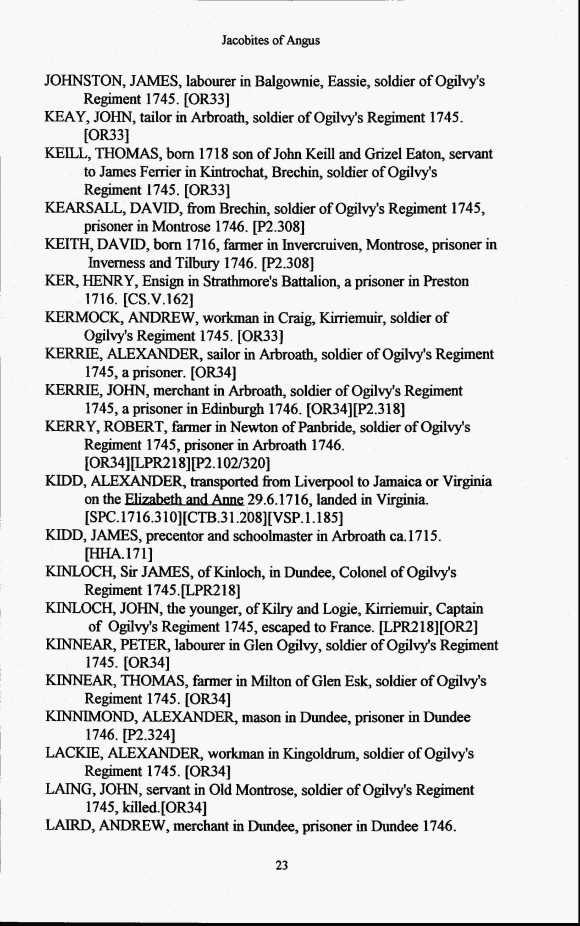 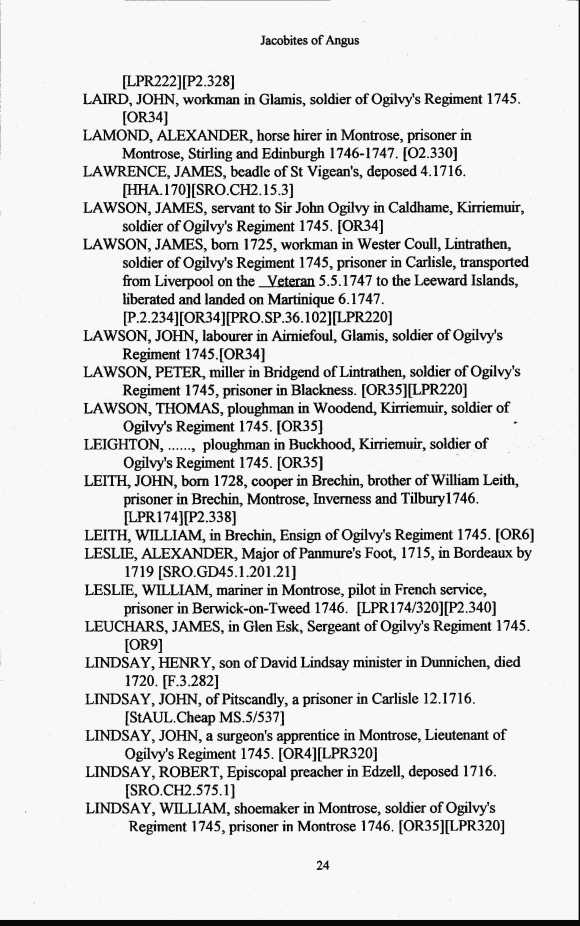 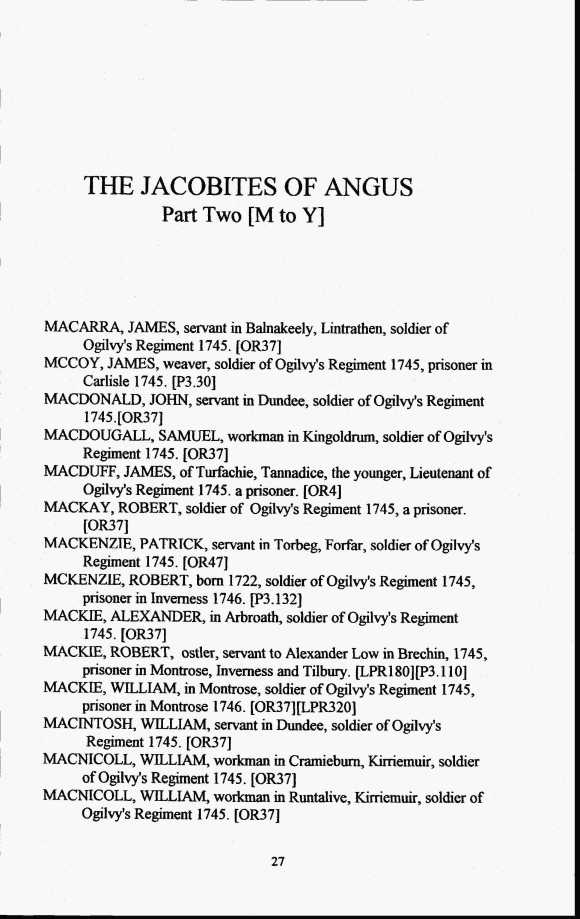 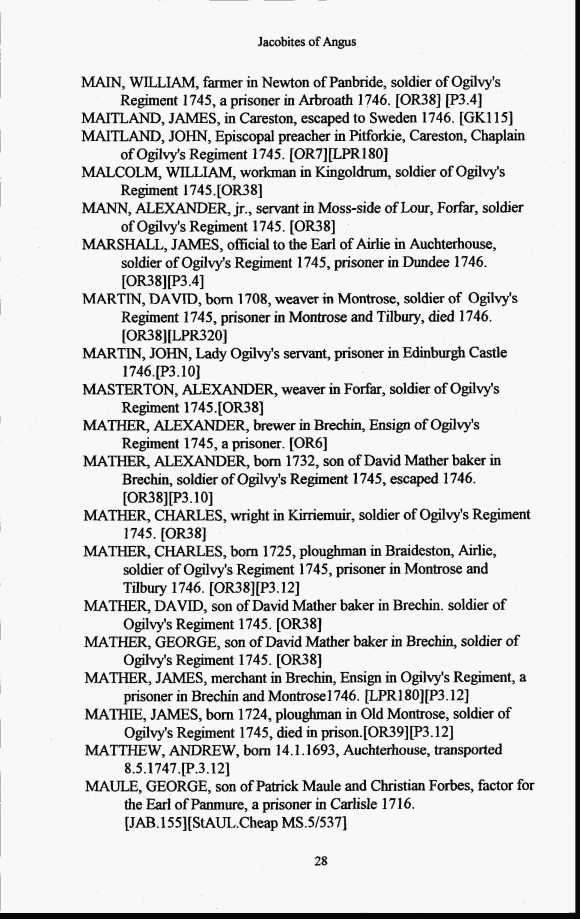 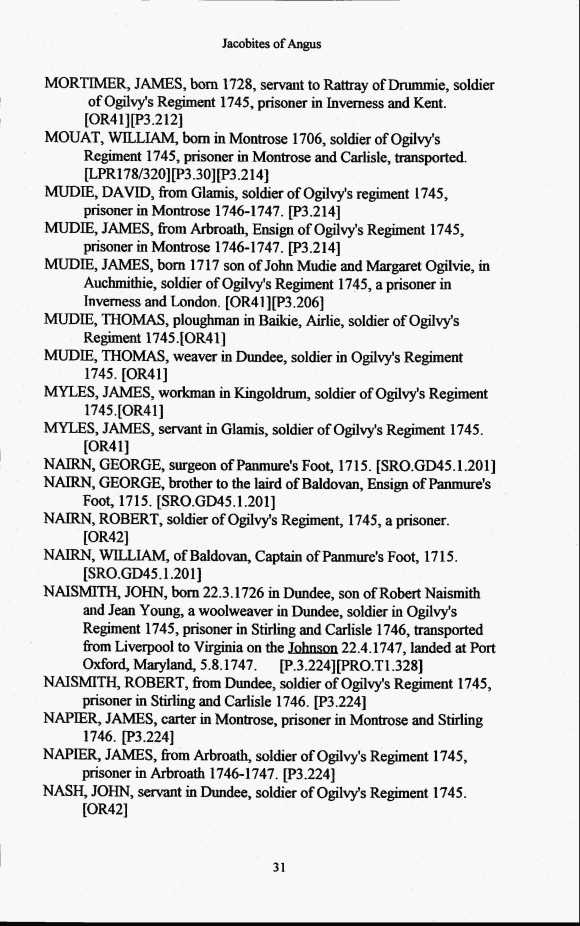 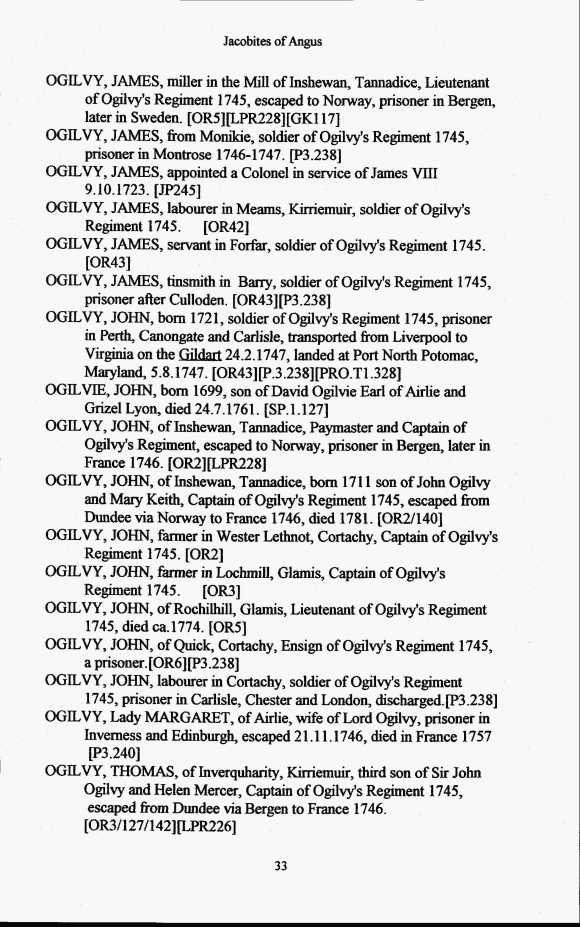 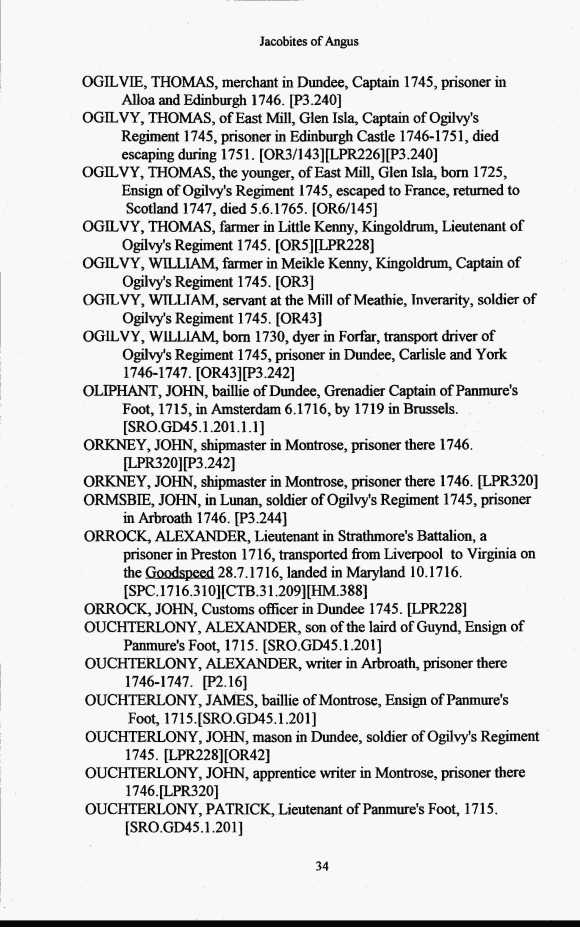 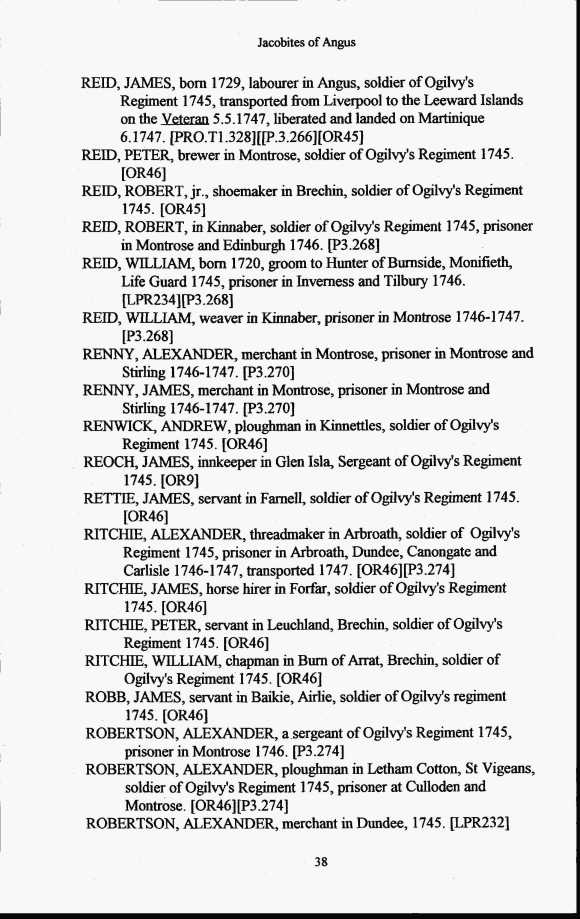 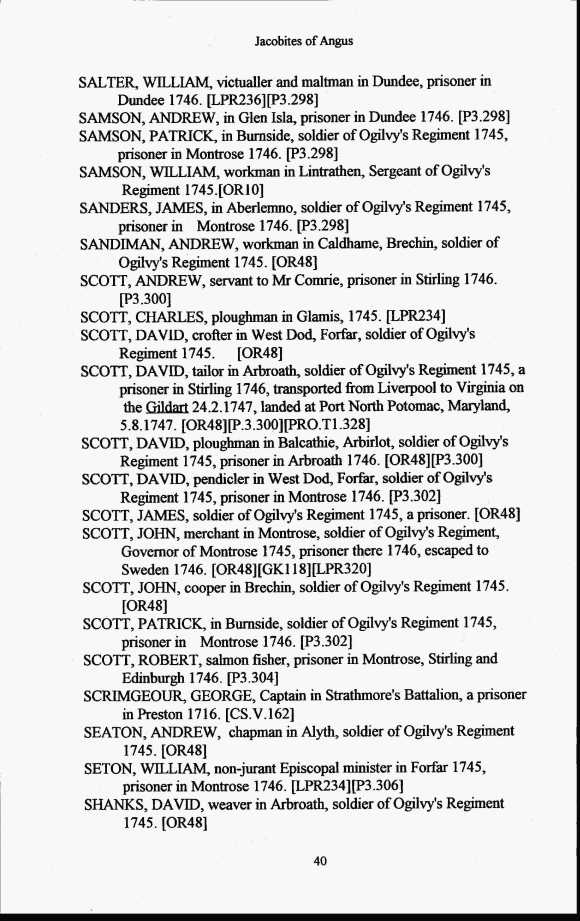 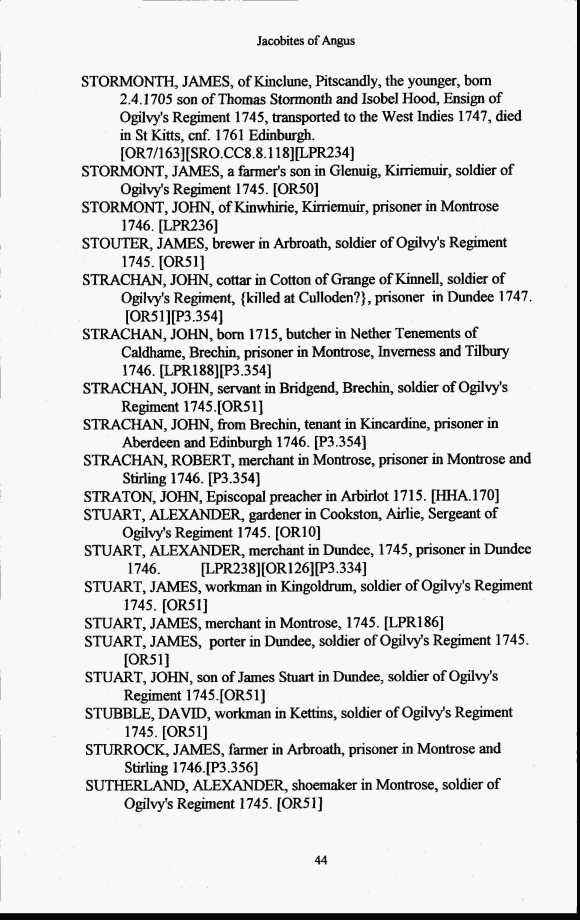 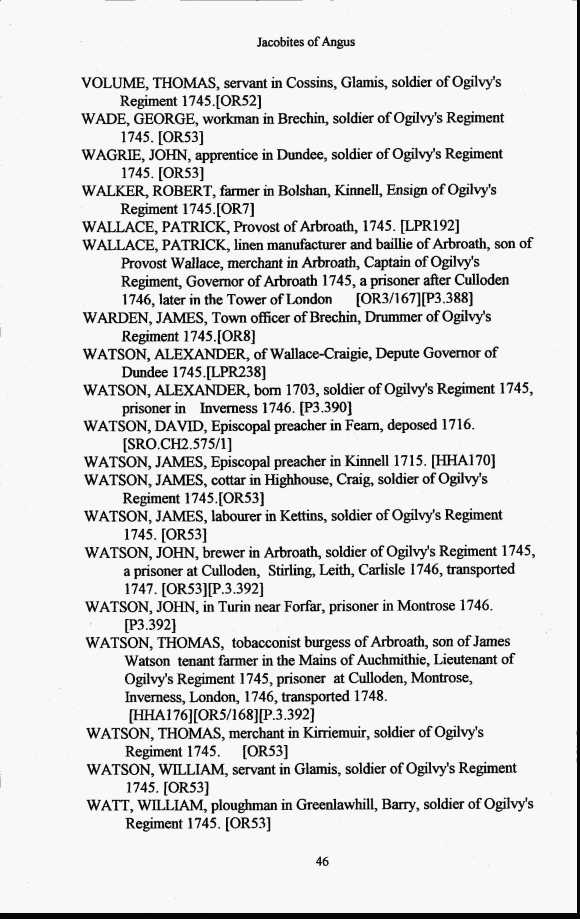