Experian is one of the largest data collection companies in the world, and provides credit worthiness reports for its subscribers.

Blue State Digital, a US data-mining agency that had worked for US President Obama on his successful election campaigns was asked by “Better Together” to devise an enhanced data management tool further developing its “Patriot” software which had contributed so much to Obama’a election.

Experian extracted extensive personal data of millions of Scots from its database and supplied it to Blue State Digital who then developed a data-mining software programme which they titled, “Mosaic” and sold it to the UK government supported “Better Together” campaign for use in the 2014 Scottish Independence Referendum. Cost £500,000.

“Mosaic” allowed “Better Together” to identify lifestyle indicators, categorize voters and link them with activists of a similar age or with similar social media friends in order to greatly enhance voter targeting and canvassing.

The data was used on, Facebook and UTube with the purpose of recruiting volunteers who were subsequently provided with the personal details of Scots and asked to cold-call them in order to canvass them for support. All information gleaned by the calls was then stored in the campaign database and transmitted to the three parties involved in Better Together.

The group campaigning for a “no” vote in Scotland’s Independence Referendum has said it will embark on the most sophisticated targeting of voters seen in British political history.

Pro-union “Better Together” has launched its new “Mosaic” system.

It will divide Scotland’s four million voters into 40 different tribes.

This will then allow the campaign to speak directly to undecided voters using letters, emails and face-to-face discussions.

Better Together said the technology, developed with information purchased from credit rating agency Experian at a cost of £500,000 and further improved by additional input from political and strategy advisers of the successful President Obama campaign will allow it to identify lifestyle indicators such as, the number of cars a family owns and other personal information. Voters will then be “linked” to activists of a similar age or with similar social media friends. 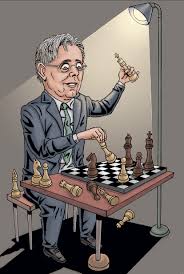 “We have to make sure that we are on the doorsteps and high streets, but also that we are also on peoples’ smartphones, tablets and PCs.

This new tool will help bring our thousands of volunteers together with the key voters who will decide the outcome of the referendum.”

It is estimated “Better Together” had 10,000 volunteers signed up by the start of the campaign. IT expertise was utilized through the on-line presence of a significant number, including UK government staff based in England.

The three amigo’s who actually run the UK: Sir Jeremy Heywood, Sir Bob Kerslake and Sir Nicholas McPherson collaborated and plotted against Scotland marshalling the full might of the civil service attacking the Scottish government and anyone in support of the “Yes” campaign.

In the months after the referendum they expressed great satisfaction that their “Campaign of fear” had generated “fearties” in sufficient numbers so as to win the day for the Unionist coalition.

An award, in recognition of the team’s outstanding achievement in making a difference on an issue of national significance, (the Referendum) was presented by the ”Cabinet Secretary and civil service head Sir Jeremy Heywood. The proud team of strictly impartial, very senior civil servants commented afterwards;

“This award is for all the hard work that was done by all government departments on the Scotland agenda. The reality was in all my experience of the civil service, I have never seen the civil service pull together in the way they did behind supporting the UK government in maintaining the United Kingdom.”

“As civil servants you don’t get involved in politics. For the first time in my life, suddenly we’re part of a political campaign. We were doing everything from the analysis, to the advertising, to the communications. I just felt a massive sense of being part of the operation. This being recognized [at the Civil Service Awards], makes me feel just incredibly proud.”

“We’ve learned that it is possible for civil servants to work on things that are inherently political and quite difficult, and you’re very close to the line of what is appropriate, but it’s possible to find your way through and to make a difference.

“We all had something in common, we’re trying to save the Union here, and it came so close. We just kept it by the skin of our teeth. I actually cried when the result came in. After 10 years in the civil service, my proudest moment is tonight and receiving this award. As civil servants you don’t get involved in politics.

For the first time in my life, suddenly we’re part of a political campaign. We were doing everything from the analysis, to the advertising, to the communications. I just felt a massive sense of being part of the operation. This being recognized [at the Civil Service Awards], makes me feel just incredibly proud.”

Comment: The Scottish electorate should be concerned about the abuse of personal information by State supported bodies:

“Anyone with a credit card, bank account, loan, mortgage, store card or monthly/quarterly mobile phone will likely have an Experian profile. The company conducts millions of credit checks each year on many hundreds of thousands of UK citizens. The level of data they collect and hold is frankly staggering. Making matters worse, the information Experian retain is very often gathered without our knowledge.

Companies run credit checks on potential customers whenever a new application for credit is made, yet it is rarely explained what “doing a credit check” actually entails. In fact, the consumer has little to no choice over which company actually undertakes the credit check. They are chosen by the bank, estate agent, mobile phone network or any other commercial organization.

The consumer needs to be able to trust companies such as Experian that handle massive levels of personal data, more acute when we have little to no say over what data they hold.”

This is what the French thought: (https://rfcb.revues.org/418?lang=en) 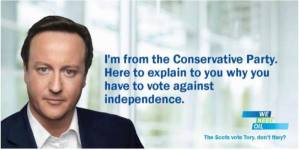 One reply on “Cambridge Analytical & SCL – Chiels Wha Winna Ding, and Canna Be Disputed – Remember the 2014 Referendum – A Stitch-up”