He retained an interest in local politics in support of the Tory Party and allowed his name to be added to the Tory list for the 2017 Scottish election.

But being placed tenth he did not envisage he would ever be required to go to Holyrood.

With the foregoing in mind he accepted the Tory party nomination to be their 2017 Scottish Council election candidate for the Midstocket & Rosemount seat in Aberdeen. Which he won.

In the aftermath of the election the Unionist (Labour and Tory) parties conspired with a couple of independents to deny the SNP, the largest political group their rightful opportunity to form the city council team for the next 5 years.

Soon after, as part of the deal, Mason was appointed Deputy Provost of Aberdeen, a largely symbolic appointment but one which usually guaranteed some form of royal recognition on retirement.

Only 10 days later he gave up the post of Deputy Provost and announced his decision to accept a nomination to go to Holyrood as a Tory party list MSP with immediate effect.

His appointment ensured the Tory party at Holyrood retained the 31 MSP’s (27 list) elected in 2016.

He was the last person listed and had he not taken the post the Tory party would have lost the post until the next election reducing the opposition parties overall majority at Holyrood to one.

But the Tory party had yet one more bit of nonsense to enact, mocking the Scottish political system.

Councillor Mason would retain his post as councillor until 2022.

Doubling up on two full time appointments at the ripe old age of 75 years.

This would ensure the Tory party would not provide an opportunity for the SNP to gain a councillor in a by-election which might result in the demise of the Unionist (Labour and Tory) parties Aberdeen council.

Facing criticism and increasing pressure to give up one of the posts, List MSP and City Councillor Mason defended his actions claiming he was well capable of discharging in full, the hard task of providing equal service support to both sets of constituents.

But, in recognition he revealed the party might require him to give up, Sailing, Scuba Diving, Swimming and Hill Walking and other Retirement perks.

He will also continue working as a senior partner of Corporate and Market Advisors, the Beel Partnership. (Remuneration £5-10K annually for one day’s work weekly)

Comment: The Scottish government should change the law deprecating the practice of holding both Council and MSP posts at the same time. Constituents deserve better service from politicians than the electoral abuse inflicted by an uncaring group of self serving Tory party mandarins.

12 July 2017: New List MSP Tom Mason incapable of completing both roles – Caseworker to be recruited to assist him

Mason is looking for someone who empathises with the aims and values of the Tory party, to assist with casework and community liaison within the constituency.

The applicant must have a willingness to help others, with good organisational, communication and IT skills.

The applicant will need to be able to work in a small team and have a positive attitude.

The ideal candidate should be highly motivated, organised, reliable and able to work accurately to deadlines and manage a large workload without supervision. 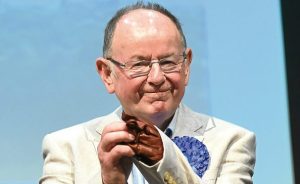 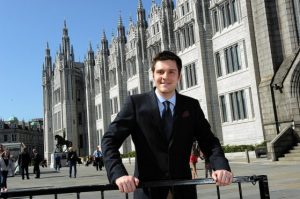 1990-1996: Councillor on the Grampian Regional Council for the Holburn ward

1999 and 2016: Unsuccessful Conservative candidate for the Aberdeen Central Constituency.

2015 – By Election: Unsuccessful Conservative candidate for a City council seat.

He said: “I have lived in the local area for over 30 years and my knowledge of the issues will allow me to represent the interests of Midstocket and Rosemount effectively.

I am looking forward to walking around the ward to meet with as many residents as I can.

The environment and amenity of the local area has a lot going for it and it needs continual attention to make sure that it continues to be one of the most pleasant areas of the city to live in.

Therefore, if elected I will always put local people first and the issues that affect their quality of life.” 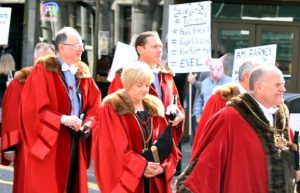 22 May 2017: Chairman of the City of Aberdeen Conservative and Unionist Association, Councillor Tom Mason elected Depute Provost of the City Council.

Lord Provost Barney Crockett, leader of the Labour party Group said: “I have known Tom for many years. He is a man of great integrity”.

Angry protesters took to the streets of Aberdeen to brand the new Conservative-Labour-Independent Council coalition “a laughing stock”.

It came after Aberdeen’s Labour councillors joined forces with the Conservative and Independent councillors to form a coalition – despite the SNP winning more seats.

Following the controversial deal, all nine Labour councillors were suspended from the Scottish Labour party.

A protester said: “Labour could not control the council so decided to get into bed with the Tories – it is disgusting. Democracy is dead. This city is a laughing stock across Europe.”

Mason was one of 11 Tories elected to Aberdeen City Council on May 4 and has since been appointed as the deputy provost of the city.

However, Mason is also on the Tories’ north-east regional list for the Scottish Parliament and could now face a rapid career change.

But that might be the catalyst for a by-election in his Rosemount and Midstocket ward putting the ruling Conservative, Aberdeen Labour and independence alliance at risk of losing its slender single member majority.

But a town house source said that a by-election may not necessarily be required with Mr Mason potentially able to hold dual mandates as a councillor and MSP.

SNP group leader, Stephen Flynn, said that, given there were four years remaining in the Holyrood term, not holding a by-election would be “untenable”.

He added: “The people of Aberdeen need a local champion that puts the city first, not someone who would be making constant trips to Edinburgh for four years.

There have been councillors, including SNP councillors, who have done both but for relatively short periods.”

Comment: The Tories, Labour and Independents have 23 of the 45 seats, and if Mason quits his post to become an MSP, the Tories might well lose the resulting by-election and hence power in the city. 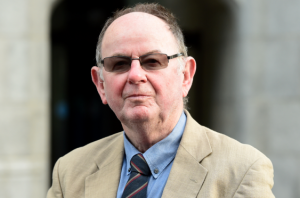 13 Jun 2017: Tory Councillor in line to become an MSP – But Party Members Kept in the Dark

Tom Mason has been parachuted into the Scottish Conservatives’ list of Holyrood 2016 candidates for the North East region by party bosses – but rank-and-file Tories did not get their say.

He is poised to take the £62,000-a-year job on the regional vote, in which the electorate backs parties rather than individual candidates.

Mr Mason, elected to the role of Aberdeen’s new depute provost, only 10 days ago, is set to enter Holyrood, following a series of events, which has seen the number of available politicians on the Tories’ back-up list for the north east evaporate.

The reasons include those on the list replacing MSPs elected to Westminster, as well as filling the vacancy left by Alex Johnstone, who died last year. Two Tories also removed themselves from the list.

As tenth in line, Mason is expected to take up the role, but one member said it was wrong his place had not been approved by rank-and-file, as is now standard.

A Conservative source said: “This chappie seems to be going to Holyrood having been hand-picked by an increasingly controlling party machine, with no party members’ input.”

As of yesterday, the only published list of north east candidates on the Scottish Conservative website was an old one and did not include Mr Mason.

It meant those voting Tory did not know they were potentially voting for Mr Mason, if they relied on the party’s own website.

A Scottish Conservative spokesman said: “He (Mr Mason) was not approved through the voluntary open primary system we introduced, but his name was on our regional list that was seen by voters.

“We never imagined we would get down to 10th on the list, but we added him on. If we hadn’t, we would have been left with a vacant seat in Holyrood.”

Asked whether he would take the seat in Holyrood, Mr Mason said: “In consultation with my colleagues I would have to assess the situation.” 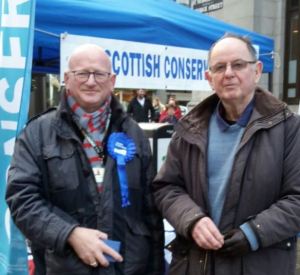 The Midstocket and Rosemount councillor will be sworn in as an MSP on Tuesday.

He intends to continue in his role representing the area, but will donate his salary to charity.

Upon confirmation of his appointment, he said, “I am honoured to have been offered and accepted the list seat for the North East region. Representing Rosemount & Midstocket is very important to me and I shall do my utmost in my new role to serve both my council ward and the greater North East region. I believe I can handle both roles.”

Adding: I do not envisage stepping away from my council post at any time before the next local elections in 2022, representing Rosemount and Midstocket is very important to me and I shall do my utmost in my new role to serve both my council ward and the greater North East region.

When you look at the two roles they are very much complementary. I will always put my constituents first and will not let my workload affect them.

In consequence, I won’t be able to play my croquet or visit my holiday home in Inverness or go diving any more.”

His decision is at odds with that of the newly sworn in MP for Aberdeen South, Ross Thomson who, following his election to Westminster decided to step down from his role as an MSP to properly represent his constituents at Westminster.

The council’s SNP leader, Stephen Flynn, insisting that a by-election should be held if a councillor moves on to the Scottish Parliament said: “The question, when it comes to this sort of thing, is about democracy.

If Mr Mason was to stand down, as he should, that obviously puts the entire administration on its heels.” (the Courier)