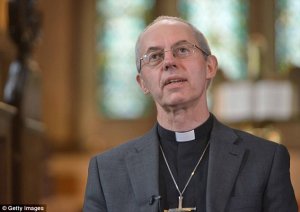 The ever increasing calls for independence and land reform from Scots, fed up to the teeth with a grossly unfair feudal system of land distribution is the cause of desperation amongst those who fear they have most to lose.

The “old school” comprising dukes, peers and their ilk and landowners whose inherited estates were gifted to their forebears courtesy of the “clearances” which forced many hundreds of thousands of Scots from their land and country in support of the aims and aspirations of a corrupted system of privilege benefiting the lickspitals of British gentry.

And the “New School” made up of rich businessmen, British and, foreign and institutions of English Statehood.

This blog addresses one of the old School institutions; The Church of England!!

landowners in Scotland with forestry estates the combined size of which exceeds Renfrewshire.

All held business and tax free.

And they get a £650,000 tax free subsidy each year courtesy of the Scottish taxpayer, through the Common Agricultural Policy.

And all their profits from Scottish land goes back to England to be invested in all sorts of weird and wonderful ventures some of which are dubious.

The fund, managed by, “Church Commissioners generates Interest providing around 16% of the Church’s annual income requirements.

Historically the church inherited the wills of bishop’s and cathedrals over many years.

Church estates in rural areas, included agricultural land and residential buildings that were let to farmers, generating income needed to pay local clergymen and to meet other expenses.

But large tracts of church land were left undeveloped until the Industrial Revolution which brought with it a massive expansion of towns and cities throughout Britain.

Some of these ancient holdings, in Britain and abroad remain in the church’s’ ownership, e.g. the highly valued Hyde Park Estate in West London and a number of similar tracts of land and the church today still benefits financially from many prime central London residential property’s, department stores and media outlets built on this land.

Up to the end of WW2 the bulk of the church’s assets was in real estate and government securities, after which the commissioners widened the portfolio of investments to include; shares, bonds, commercial property, (including purchase of land for coal mining and planting of forestry) and other many other business assets.

In the latter part of the 20th century the task of effectively managing the fund overwhelmed the Commissioners and the Archbishop of Canterbury asked the Chancellor of the Exchequer and the Governor of the Bank of England to appoint policy committee to advise the Commissioners’ about ethical investment policy.

Over time the role of the policy advisory committee diminished in favour of retaining professional, “Fund Managers”  expected to subscribe to the Commissioners approach to ethical investments, which is always to avoid a short term quick profit in favour of more secure long term returns.

The Church of England investment portfolio includes ownership and development of forestry in the South of Scotland in excess of 120,000 acres. 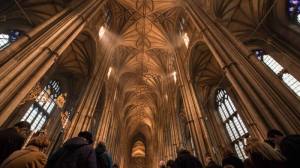 The purchase includes 14 forests in Scotland extending to approximately 6,300 hectares in total.

The transaction price is £50.6 million.

The Church Commissioners for England are already a significant forest owners.

The agreement consolidates the Church’s forest holdings in Scotland.

UPM Tilhill , the UK’s largest forest management and timber harvesting company will be contracted to provide a full range of consultancy and contracting services to the new investors.

This is a nonsense. An English organisation of State buys a large bit of Scotland from a Swedish company

The Archbishop of Canterbury attacked payday lenders claiming that they destroyed lives and that the church should compete them out of existence.

But he was mortified when less than 24 hours later it was revealed by the press that the church of England had a £75,000 indirect investment in Wonga, despite having added payday lenders to its list of prohibited investments.

Months after, The Church of England Commissioners announced they had finally cut financial links with Wonga.

A new position was being created in the investment team to ensure that ethical policies were implemented, supporting the church’s investment advisory group.

Beecroft had given almost £800,000 to the Tories in the last seven years, contributing more than £100,000 last December.

And there’s more: Jonathan Luff, former senior adviser to David Cameron, (on the public payroll) quit Downing Street a few months before to become a lobbyist for Wonga.

And there’s even more: Henry Angest controlled the high-cost credit company , “Everyday Loans,” and charged members of the public interest at an average 74.8 per cent APR.

Financier, Angest – a friend of the Cameron’s and a former Tory Treasurer – gave the Conservatives a £5m overdraft facility shortly before the last General Election at an attractive interest rate of just 3.5 per cent.

The scandal of Conservative grandees seen to be benefiting financially from the misery caused to lower paid members of the public through their involvement in the high-cost lending industry might just prick the conscience of the Prime Minister who has dined privately with Angest and his wife Samantha at Chequers and Downing Street. 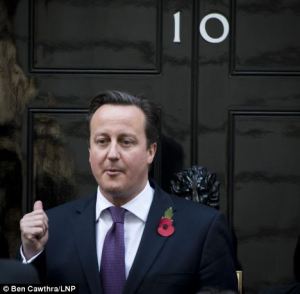 A focus on ethical investing has long been part of the body’s mandate, although some of its investment picks have still provoked debate.

The church is facing questions about its holding in Alphabet Inc., Google’s parent company.

Google has been embroiled in a long-running battle over accusations of tax avoidance in Britain.

Earlier this year, the company agreed to pay £130-million and it has insisted that it has followed all tax rules.

The company generated around £24-billion of revenue in Britain between 2005 and 2015, the period covered by the settlement.

It paid a total of £180-million in tax over that time, including the settlement amount.

Archbishop Welby and other church officials criticized Google and other companies for not paying their fair share of taxes.

Welby said last year that companies should pay tax in the country where revenue is generated.

22 May 2017: The Church of England paid more than £1million in bonuses to its own fund managers last year

The payouts were given to 10 senior managers despite the Archbishop of Canterbury’s professed disapproval of the way banks use bonus systems to reward their staff.

The payments brought charges of hypocrisy from City critics who say the CofE has opened a gap between what it tells other people to do and what it does itself.

The annual report of the CofE’s financial wing, the Church Commissioners, showed that bonuses, which were first paid to managers in 2013, topped the £1 million level for the first time in 2016.

But there is a contradiction in the ethical policy advice of the Commissioners to companies in which they invest, namely, that: “long term incentive payment schemes, bonuses should reward work over five or seven-year timescales “and should normally be paid in shares held for the long term in order to reward permanent value creation.”

But there is an inconsistency which some people might see as hypocrisy.

Bonuses for the Church of England Commissioners’ staff are paid in cash.

And all this when the Church was later forced to admit paying workers in its care homes less than the living wage which its Archbishops had been urging other employers to pay. (The Mail)