“A full-service new media agency, Blue State Digital develops and executes multi-platform digital marketing and online engagement campaigns for non-profit and advocacy organizations, political candidates, causes, brands and businesses. Our work inspires and mobilizes people, increases revenue, and cements lasting support and loyalty.”
A Company insider quoted; “Future elections will be won not because the candidate was anointed by a powerful party, but because he or she was best at using a Web and new-media strategy to rally the masses.”

and the link to Tony Blair? (http://www.brandrepublic.com/news/994174/Blue-State-Digital-creates-TonyBlair4Labour-site/)

and the link to Scotland? The UK Director of Blue State Digital is Gregor Poynton – Poynton, from Falkirk, (whose family still live in the town) is a Labour party election strategy manager, Scottish Labour party organiser and a potential candidate for the Falkirk West seat following the resignation of Eric Joyce. He is married to the Labour MP Gemma Doyle. 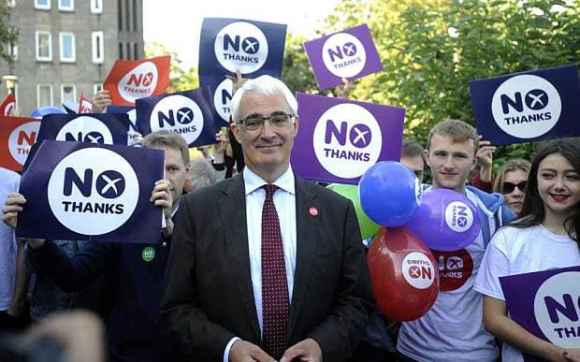 19 May 2012: Blue State Digital’s Political Director UK, Poynton oversees all BSD’s political work from the Company’s London office and acts as Senior Account Director on the largest UK-clients across the non-profit and corporate sectors. He specialises in campaign organisation and strategy, he previously worked as Election Strategy Manager for the British Labour Party, a researcher in the Political Unit of the Labour Group of Members of the Scottish Parliament and for Catherine Stihler, Member of the European Parliament. Gregor holds a BA (Hons) in Politics from the University of Strathclyde in Glasgow. (https://www.youtube.com/watch?v=2ey-Z4U95-o) 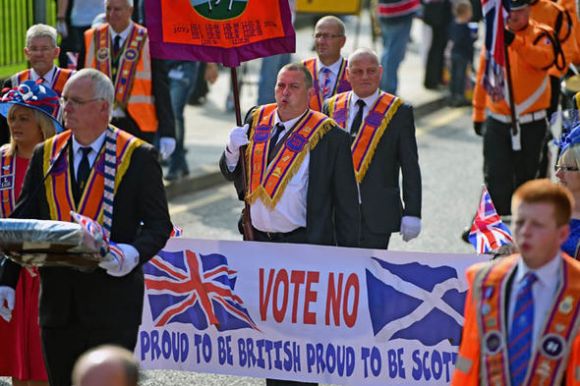 7 November 2013: Gregor Poynton from Blue State Digital talks about how the Obama campaign used data to get the result it needed: (https://www.youtube.com/watch?v=eSNQK28ziJs)

Britain’s biggest credit reference agency has been accused of misleading customers who sign up for a supposedly free service to check their financial records. Experian advertises the service on its website, stating: ‘Get your free Experian credit report. The UK’s No1 credit report!’ Those who take up the offer are then required to provide a range of personal information, including their address and credit-card details. But after receiving their online credit report, customers are automatically signed up to a full service charging them £14.99 a month – and many claim that it is extremely difficult to opt out of the payments.

The full service includes a £6.40 identity fraud insurance and email alerts telling customers about any changes in their financial circumstances. One customer said: ‘I searched for hours on the Experian website to get out of paying any money. I couldn’t even locate the free-phone number which they say you have to ring to unsubscribe. Even when I said I didn’t want to pay I was offered another service costing £7.99 a month.’

Within hours of being approached Experian admitted that the wording on the website, saying that the customer had been charged immediately, was misleading and promised to remove it. A spokesman said: “we re grateful for you drawing this to our attention and we will immediately update the website to stop the wording from appearing.” However, he denied that the system for opting out of Experian’s premium service was unfair, insisting that it was transparent to all users adding: “There is a balance to be struck here. We don’t want to be so helpful that we encourage people to leave our service. After all, you don’t go into a supermarket and see signs for how to get a refund.”

Experian has seen its profits soar as consumers use its online service to check their credit-worthiness during the economic downturn. It has also seen rising numbers of users checking their profiles after having their debit or credit card cloned. Credit reports are one of the main sources used by financial institutions when deciding whether to offer loans. Experian’s profits rose from £297 million in 2007 to £436 million last year. Experian has twice as much credit report business as its nearest rival in the UK. (Daily Mail)

The credit-checking group Experian was contracted by “Better Together” to devise a new data management tool. The company created a software package from it’s extensive database named “Patriot” which stored all consumer data obtained from lenders and companies who voters had contracts with. This allowed “Better Together” to identify lifestyle indicators, categorise voters and link them with activists of a similar age or with similar social media friends in order to improve voter targeting and canvassing.

The initiative is another product of Better Together’s appointment of Blue State Digital, the agency that worked on the successful first election campaign for US President Obama. The drive, using social media and YouTube was launched in an attempt at recruiting volunteers who were given the personal details of members of the public and asked to cold-call them in order to canvass them for support. All information gleaned by the calls was then stored in the campaign database and transmitted to the three parties involved in Better Together.

The initiative was a follow to the “Better Together” April 2013 controversal campaign which included the widespread unauthorised distribution of unsolicited text messages releasing people’s personal details and information. The campaign was successful in terms of volunteer recruitment (more than 3,500 volunteers signed up).

Afternote: Scottish electorate should be concerned:

“Anyone with a credit card, bank account, loan, mortgage, store card or monthly/quarterly mobile phone will likely have an Experian profile. The company conducts millions of credit checks each year on many hundreds of thousands of UK citizens. The level of data they collect and hold is frankly staggering. Making matters worse, the information Experian hold on us is very often gathered without our knowledge.

Companies run credit checks on potential customers whenever a new application for credit is made, yet it is rarely explained what “doing a credit check” actually entails. In fact, the consumer has little to no choice over which company actually undertakes the credit check. They are chosen by the bank, estate agent, mobile phone network or any other commercial organisation.

The consumer needs to be able to trust companies such as Experian that handle massive levels of personal data, more acute when we have little to no say over what data they hold.”

The group campaigning for a no vote in Scotland’s independence referendum has said it will embark on the most sophisticated targeting of voters seen in British political history. Pro-union “Better Together” has launched its new “Patriot” system. It will divide Scotland’s four million voters into 40 different tribes. This will then allow the campaign to speak directly to undecided voters using letters, emails and face-to-face discussions.

Better Together said the technology, which has been developed with information from credit rating agency Experian (£500K) and input from advisers to President Obama, will allow them to identify lifestyle indicators like the number of cars a family has and local house prices. Voters will then be “linked” to activists of a similar age or with similar social media friends.
In a statement, Better Together campaign director Blair McDougall said: “We have to make sure that we are on the doorsteps and high streets, but also that we are also on peoples’ smartphones, tablets and PCs. This new tool will help bring our thousands of volunteers together with the key voters who will decide the outcome of the referendum.”

It is estimated “Better Together” had 10,000 volunteers signed up by the start of the campaign. IT expertise was utilised through the on-line presence of a significant number who were based in England throughout the campaign. 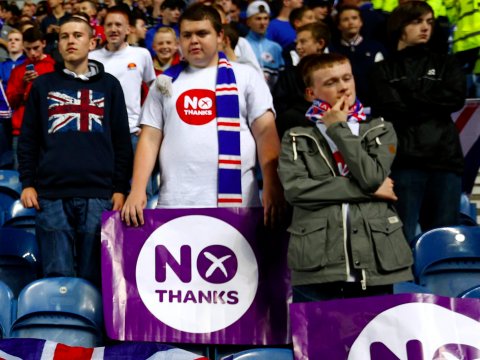 14 March 2017: Should Scotland be an independent country?

Scotland’s First Minister Nicola Sturgeon has demanded a second referendum on Scottish independence. Last time, the question was: “Should Scotland be an independent country?” We asked the same question again: All 13791 respondents live in Scotland: