14 June 2016: An interview with Ruth (the Dragonslayer)) Davidson

Her advice to aspiring journalists: Keep your personal politics out of your reporting, explaining; “When I contacted the Conservative party and said that I wanted to join and be a candidate etc, their head of press (who I’d dealt with many times) had no idea I was a Conservative – and neither had the party’s leader who I’d interviewed often. “The job, particularly in broadcast, is to tell people what’s going on; it is not to be an active agent of change and try and shape what’s going on – it is to be an honest narrator.”  She went on: “I have known that folk can smell spin a mile off. They aren’t stupid. They know if you are not answering a question or if you don’t really mean what you say. So my best advice is to just try not to say anything you don’t mean and you’ll never be caught out.”

September 2013 – Mitchell Library, Glasgow Scottish Independence Referendum Meeting – Use of the Royal “WE” by Ruth Davidson

Ruth Davidson, Scottish Conservative Leader said she was talking personally and reflected on her three years as a Territorial Army reserve. ‘I was so proud we stopped the slaughter in Kosovo. Our armed forces are truly inseparable as is our NHS.’ She highlighted the job opportunities for young people and the value of exports to ‘our partners across the way.’ Control of health, Police and Parliament gave the ‘best of both worlds.’ She added: ‘Security with our armed forces and our NHS means we get the best of both worlds and stand up better together.’ 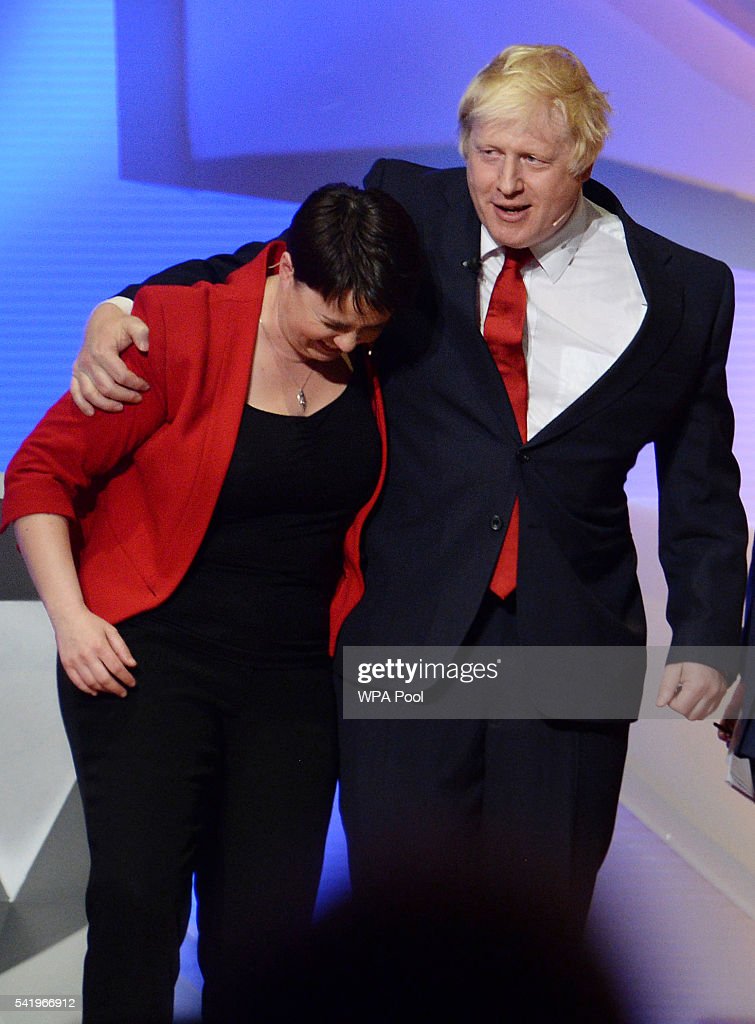 OK Boris, “step together on we go, heel for heel and toe for toe”

Boris Johnson criticised the European troops’ failure to stop the massacres during the Balkans wars which left 140,000 people dead and many more displaced. The Brexit-backing former London mayor said the killing was only halted and peace brokered after an American-led Nato force “asserted its primacy”.

His comments were quickly rounded upon by fellow Conservative Party politician and Remain campaigner Ms Davidson, who served as a signaller in the Territorial Army and spent time in Kosovo as a reporter.

She said: “I think Boris maybe misjudged this panel by talking about the Balkans because what he probably doesn’t know is that I was sent to the Balkans at the end of the Kosovo war as a reporter and I have never been more proud of being British in my life than watching British troops with a union jack on their arms, believing in something, pulling their weight, and helping in the European Union. “That’s what caused me to join up and serve.

I think I am the only one on this panel that has ever worn the Queen’s uniform.” She said that while she had deep respect for military figures like Field Marshal Lord Guthrie, the former Chief of the Defence Staff, who backs Brexit, that as a retired general he was not presently in charge of the safety and security of the nation. “And all of those people who are currently charged, every single one of them and every single one of our major allies, says we are safer within the European Union.”

Davidson went to Kosovo in 2001 as a civilian reporter with a local newspaper, reporting on the work of The Black Watch who were in the country assisting with rebuilding work post conflict a full two years after the war there.

Yet press releases, uncorrected by Davidson routinely quote her saying “I was sent to the Balkans at the end of the Kosovo war as a reporter and I have never been more proud of being British in my life.” She is clearly “stretching the truth beyond breaking” saying she was there at “the end of the war”.

She signed up and attended training, in the UK as a territorial soldier from 2003-2006. when she was discharged from service on medical grounds. Apparently she was in training at Sandhurst and jumped out an open window causing injury to her back.

Another angle quotes her as saying it was the Bosnia conflict and the performance of British forces there that had inspired her to join up. But the war had been over for four years!!!!