Oor lovable wee ken to be the newly created – Director of Nations and Regions – howzat that for a title???

(The title is to be formally challenged  and shortened since presenters on “Pointless” and William Hague at the time of the Commonwealth Games in Glasgow advised the UK viewing public that Scotland Wales and Northern Ireland were Regions NOT Nations.)

But I expect the Scottish television Region viewing public will be well pleased by the response of the BBC undertaking to honour the pledge to devolve television programming to the regions, (with special attention to Scotland). The corporation keeps its word and as before doesn’t dither before presenting the new way. I’ll bet Scots would be ecstatic except that the change means the onlything new will be the seat occupied by Wee Ken will be somewhere in England. Very possible faulty oops BBC Towers.

But why cant we revert back to the successful format that was in place before?

A well respected and truly impartial journalist was asked if the perception that BBC Scotland was anti-SNP was, in his view, justified. “Put it this way,” he said. “It probably comes more naturally to them to attack the nationalists than to attack the union.” But how is this the case? A wee bit of history. From 1946 to 1991 media affairs in Scotland were subject to the moderating influence of the, BBC Scotland Controller who effectively reported to the, “Broadcasting Council for Scotland”, on which many distinguished Scot’s served over the years.

Centralised control is not devolved programming

The way in which BBC Scotland is run at present, the quality of care it shows for the many good people who work for it, the standard of what it does, the public service in Scotland ethos it supposedly represents are some of the more important questions facing the Scottish nation but they cannot be successfully addressed within the control systems that prevail at the present time not those being proposed with the appointment of MacQuarrie.

The BBC will continue to fail Scotland. Mind control is the primary blockage since those at the centre will retain absolute control of media output:  The BBC is part of the glue that holds together the very idea of Britain. Take it away and the whole package will  start to fall apart and we will be left to wonder at the fragility of the paste. The BBC is how we talk to each other, where we go in the morning. We need to trust it and to feel a personal investment in it. Otherwise it’s lost – and part of us with it.

MacQuarrie and his sidekick,Labour Party supporter of long standing bully boy Blackman refused to appear before  the Scottish Education and Culture Committee at Holyrood stating that the BBC in Scotland was not accountable to the Scottish Government. They were finally ordered to appear the the Chairman of the BBC Trust. They did so but stonewalled every question put to them. Boothman was later removed from his post as Head of News and Current Affairs. 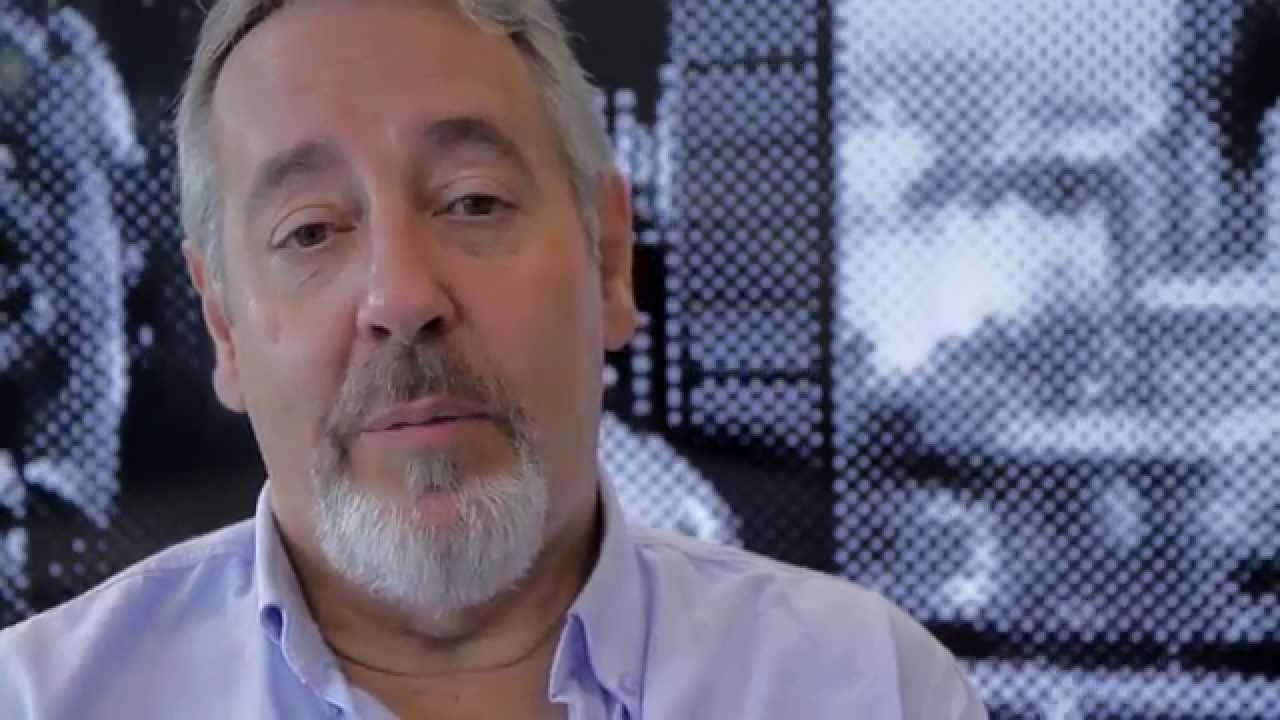 THE BIGGER THE LIE – Media Bias in the Scottish Independence Referendum:  Professor John Robertson produced a damming report exposing BBC biased reporting positively for the Better Together campaign and almost always negatively against  the Yes campaign.

19 October 2015: BBC vows change as survey finds less than half of Scots think it is good at representing them

Ken MacQuarrie told MPs on Westminster’s Scottish Affairs Committee that the corporation is “concerned” about the finding and is working to understand it. But he dismissed claims that the BBC demonstrated “unconscious bias” during its coverage of last year’s Scottish independence referendum.

Questioned on research by Professor John Robertson, author of a University of the West of Scotland report on BBC and ITV coverage of the referendum, which concluded there was evidence of coverage “which seems likely to have damaged the Yes campaign”. MacQuarrie said he did not accept the suggestion that there was unconscious bias in the BBC’s coverage. He said: “We have engaged with Prof Robertson’s research. We have some criticisms of, if you like, some of the methodology that Professor Robertson used, but I think the important thing is that we are going to listen and do listen very carefully to our audience in terms of any aspects of dissatisfaction.” 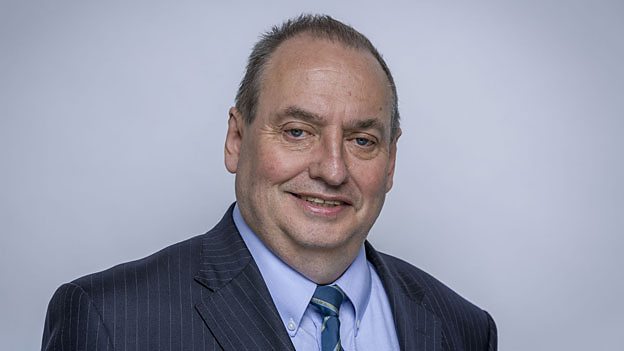 MacQuarrie will be responsible for bringing together and enhancing the BBC’s offer to the nations and regions of the UK and will sit on the BBC’s new Executive Committee.

The role was created by the director general, Tony Hall in July 2016 to ensure that the corporation represented the changing nature of the UK and the calls for more autonomy from individual nations.

MacQuarrie will take up the post with immediate effect and will be responsible for representing the voice of audiences outside London as well as taking on editorial responsibility for all of the content produced by the BBC’s nations and regions teams.

Announcing the news Hall said: “I am delighted to appoint Kenny to this important post. Reflecting the nations and serving them well is vital for the BBC and a key part of the new Charter. There is no one better than Kenny to get this right. He is a supremely able leader and manager and is hugely respected, not just within the BBC, but outside as well. I know he’s the right person to give the Nations and Regions a strong voice across the BBC.”

MacQuarrie added: “I’m looking forward to beginning this new role. I know how much audiences value the BBC reflecting their own communities. From the Isles of Scilly to Shetland there are some great stories to be told. We want to represent and report all corners of the UK and everybody should feel that the BBC offers something for them. I’ll enjoy championing our excellent nations and regions teams at the top table.”

MacQuarrie and his cohorts at BBC Scotland stitched up the broadcast media in Scotland in favour of the Labour party. If the new BBC board of management had been serious about devolving responsibility, with authority they would have removed the entire management team from Scotland, including MacQuarrie.

The next link accesses around a dozen articles posted by myself in the last 3 years. All detail the corruption and bias of the BBC in Scotland. If only it were possible to ask the EU to investigate and instruct Westminster to properly devolve the media.

James Purnell:  To be director of BBC Radio without any idea how it works

Former Tory Party Culture Secretary John Whittingdale has urged the BBC to rethink reported plans to appoint a former Labour minister as its new director of radio. He told the Times of his “severe doubts” about Purnell’s suitability for the role, given his past political allegiances.

Purnell, currently the BBC’s head of strategy, has been tipped for promotion to a more senior role.  A BBC representative said: “We wouldn’t comment on speculation and do not think that holding public office should bar someone from having a career afterwards.” Purnell joined the BBC in 2010 after a career as a Labour cabinet minister under Gordon Brown, including a spell as Culture Secretary. http://www.bbc.co.uk/news/uk-politics-37164700 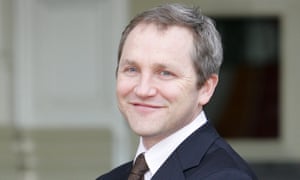 Former Labour culture secretary succeeds Helen Boaden, who is to retire after 33 years at the corporation. (Her links to the Newsnight and Jimmy Saville saga’s made her demise a likely event) His new role (£300K) will see him take charge of radio, education, arts, music, learning and children’s departments, confirming him as one of the leading internal candidates to potentially take over from director general Lord Hall when he stands down in the next two or three years.

The BBC is to look to appoint an experienced radio executive (£120-140K) under Purnell to run the operation day-to-day to make up for his lack of hands-on experience. With add ons- the cost to the licence fee holders of providing an executive to provide radio services will be win excess of £500K. A joke that isna’ funny.