29 May 2006: Scotland’s First Minister Jack McConnell  was facing demands last night to set up an inquiry into a controversial land deal involving his brother-in-law.

A company part-owned by Robert McLuckie, the brother of Jack McConnell’s wife, Bridget, bought three quarters of an acre of land for £1 as well as five houses on the site of a former hospital in Banff, also for £1. Details of the sale have been met with widespread local anger.

Councillor John Cox, from Banff, said that news of the deal had come as a complete shock and added that the community had been devastated by the closure of the hospital. “How could this ever happen? A full public investigation needs to be launched to find out why the land was allowed to be sold for that price,” he said.

Ladysbridge Hospital in Banff, which cared for people with learning difficulties, closed its doors in 2003. A local developer bought most of the grounds at market value so that the site could be transformed into a village.

But Camvo 37, the property development firm of which Mr McLuckie is co-owner, was able to buy part of the site for the token price of £1 in August 2004. It also acquired four semi-detached houses and one detached house, all former nurses’ homes, for the same sum.

The sale, which was not made on the open market, came after lawyers acting for the Scottish Executive took over negotiations from the owners of the hospital, NHS Grampian. It was decided to sell it for the peppercorn sum because the buyer was said to be a community care provider and part of the contract demanded that the site be used only for the care of people with learning disabilities.

After 20 years the contract allows the company to do what it likes with the property. If the company decides to break the contract before then, it will have to pay £255,000 to the Scottish Executive, a figure said to be well below the market value for the houses and land.

Stewart Stevenson, the Scottish National Party MSP for Banff and Buchan, said that he planned to look into the sale. “It’s very important that matters like this are dealt with in an open and transparent way,” he said. “I certainly want to know more about this deal and intend to talk to the health authority.”

Murdo Fraser, the Scottish Conservative deputy leader, challenged Mr McConnell to confirm that the transaction was conducted within the rules. “We need assurances from the Executive that the proper procedures were followed. If they were and this is the market value for this property, then there’s not any problem with the fact that Jack McConnell’s relative is the buyer. But if there is a discrepancy, then it is a matter for serious concern and it may be appropriate for the Auditor-General to investigate.”

A spokesman for Mr McConnell said: “He has no interest whatsoever in his brother-in-law’s trading arrangements or in decisions that NHS Grampian makes — it is a matter for them.”

A spokesman for Camvo 37 said: “The purchase of Ladysbridge was done in a proper manner.”

An NHS Grampian spokesman commented: “The sale fully complied with national transaction guidelines and external professional advice was used throughout the negotiations. We are satisfied that the terms of the sale benefited both the ex-patients and the NHS, which had the substantial burden removed of upkeep and maintenance of an unused site.”

Until recently Mr McLuckie was involved in the care industry as owner of Choices Community Care, a company based in Livingston. http://www.timesonline.co.uk/newspaper/0,,170-2201390,00.html

8. Patricia Kane, ‘The First Minister’s brother-in-law, the infamous Red Rose dinner and the contracts worth £337,000 in McConnell’s own constituency,’ Daily Mail, 22 November 2002.

29 May 2006: Brother-in-law of the former First Minister, Jack McConnell, McLuckie is the millionaire owner of property company Camvo 37.

In 2007, retired detective sergeant, Alistair Watson – the officer behind the ‘cash for honours’ enquiry that dogged Tony Blair – sparked an investigation into McLuckie’s dealings with the Scottish Executive by writing to the Metropolitan Police.

Apparently, five houses and a plot of prime building land had been sold to Camvo 37 by the Executive for just £2 in 2004 on the site of the former Ladysbridge Hospital, near Banff, Aberdeenshire, is now worth upwards of £1million. Mr. Watson is quoted as saying:

There is something which appears not quite above board about this deal. It raises a number of serious questions about the relationships between all those involved and the Labour Party.

What I want to know is why was this sale of what had been a public asset not put out to tender? Like any other public asset it should have been put up for sale in public. Also why is it that property worth supposedly only £2 is now worth one million just three years after-wards?

And the NHS Grampian official responsible for the sale to Mr McLuckie’s company was at one time a prospective Labour Party MSP. He is now a Labour councillor. It would appear to the average man in the street that spending £2 and making a million from it is quite a bit of luck no matter how expert the property speculator behind it. It smells and not just a little.

It was also reported that ‘six months before negotiations over the Ladysbridge deal opened, another company he owned, Choices Community Care, donated more than £2,000 to Mr McConnell’s election funds

The Inland Revenue tried to stall the sale after discovering Camvo 37 was benefiting from public cash being used to develop the site.

But it was pushed through by NHS Grampian property transaction manager * Ramsay Milne, who was on a list of prospective MSP candidates selected by Labour in 1998. He is also a Labour councillor in Aberdeen.

This refers to the fact that ‘Inland Revenue district valuer (DV) Jim Campbell tried to halt the deal in 2004 when he discovered Camvo 37, the firm run by the First Minister’s brother-in- law Robert McLuckie, was to receive £120,000 from an Executive quango, Communities Scotland, to help build new homes on the land.

Another £230,000 of NHS and council cash was spent renovating the existing houses even though the DV said the company should pay. Paperwork relating to the deal had explicitly stated that Camvo 37 should cover all costs associated with the development rather than relying on grants.

Further, ‘Camvo agreed to use its new acquisitions solely to care for adults with learning difficulties for the subsequent 20 years. It built four homes on the site, and rented them out to ‘Choices, a Livingston-based firm which provides care facilities for people with learning disabilities. Mr McLuckie was on the board of Choices until February this year when he sold his stake as part of a £10 million management buyout.

Records for the 2004/05 financial year show that Camvo 37 had debts of £1.4 million. It made a loss of £2,044 from a turnover of £141,239, making the grant Camvo gained from Communities Scotland three-quarters of its annual turnover. The strictest penalty the company faced was £255,000 for paying less than the market value of the site and failing to keep its promise.

At one point, Jack McConnell was questioned about his brother-in-law’s financial dealings but refused to be drawn in to the argument. As it turned out, in June 2007, the deal was given the all-clear by Health Minister Andy Kerr.

Earlier, in 2002, Choices Community Care, which largely provides community care services in Motherwell and Wishaw, secured £337,000 worth of business in Mr McConnell’s constituency, which was brought to the public’s attention by SNP council leader Richard Lyle. http://powerbase.info/index.php/Robert_McLuckie
* At August 2016 Ramsey Milne is the convener of the Aberdeen City Council Planning and Development Management Committee. The Aberdeen Council blog (to follow) makes further mention of him.

The hospital, which once cared for people with learning disabilities, closed in 2003. A local building company (Ladysbridge Village Limited) bought part of the site at market rates,thought to be around £1.5m. Hospital buildings and associated land was sold to Choices Community Care for a peppercorn cost of £2.

This peaceful rural haven has since been turned into a small rural village. The site offers various housing options. The original substantial stone building has been lovingly restored, with character and original period features, providing spacious townhouses and a series of traditionally built customised houses are available set in ample plots in the surrounding woodland. Approximate value of land and property £30M!!!!!!!! http://www.ladysbridgevillage.co.uk/siteplan.html

A mother-to-be who claimed she lost her job because of her condition has won her sex discrimination claim and #3000 compensation.

Senior care assistant Rhonda Roy, from Maryfield, Edinburgh, was told her temperament and disposition made her incompatible for the job by Livingston-based Choices Community Care Services Ltd, which denied sex discrimination.

The tribunal heard she discovered she was pregnant three months after starting work on a day care project for adults with severe learning disabilities.

She went off sick and wrote seeking assurances she would not be placed at any risk and would not have to work on nights alone.

After a series of letters was exchanged, managing director Robert McLuckie finally dismissed her, saying that her natural temperament and disposition were incompatible with the stress associated with the job. The tribunal said there was nothing to support this and ruled that Ms Roy was unfairly dismissed and ordered the company, of Craigshill, Livingston, to pay her a total of £3000 including £700 for injury to her feelings. But the tribunal also found she played a part in events by the consistently sharp and uncompromising tone of her letters.  http://www.heraldscotland.com/news/12268147.Pregnant_woman_wins_unfair_sacking_claim/ 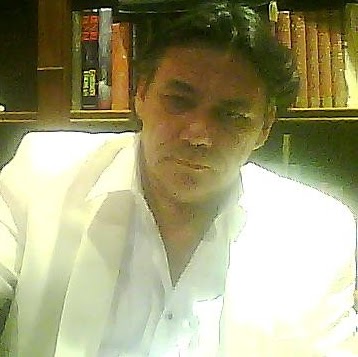 The boozed-up brother-in-law of former first minister Jack McConnell spent the night in cells after an airport bust-up. Millionaire businessman Robert McLuckie hurled abuse at airline staff and police after guzzling white wine as he waited for a Globespan flight at Edinburgh airport.

Yesterday, he was fined £200 at the city’s sheriff court after he admitted breach of the peace.  The court heard McLuckie had snapped after a delay of more than six hours and launched into a foul – mouthed tirade as other passengers looked on.

The brother of McConnell’s wife Bridget bellowed: “I’ll never fly Globespan again” and told airport staff to “get to f***” and “f*** off”. They called police and McLuckie was arrested when he told officers: “F*** off. I am leaving.”

The aircraft eventually took off at 1.20am yesterday – but without the care home millionaire who was on his way to a cell at Drylaw police station in Edinburgh. McLuckie – who has no previous convictions – lost it on Sunday after the 16.30 Globespan flight from Edinburgh to Barcelona was delayed until yesterday morning.

The court heard McLuckie, 47, of Livingston, West Lothian, is the director of a company who provide care homes for the elderly and deals in property. He does not pick up a salary but receives share dividends.

McLuckie’s lawyer said the businessman regretted the incident, which had upset his wife and children and other passengers. He said his client planned to write to Globespan staff to say sorry. McLuckie denied a charge of struggling with police, which was accepted by the Crown.

McLuckie hit the headlines last December after causing a disturbance at a posh charity bash.  The property millionaire also hurled sectarian abuse at two singers after booing their tribute to soldiers killed in Iraq.  http://www.dailyrecord.co.uk/news/local-news/businessman-arrested-after-ediburgh-airport-2633604