The Scottish labour Party: Kezia Dugdale is actively broadcasting Scottish Labour’s plans (for Education, Education, Education) to be given a top priority in any future government lead by herself. But in doing so she is simply repeating the slogan used by Tony Blair in his 1997 campaign. So nothing new.

But a look-back at New Labour’s time in office, from 1997 reveals unacceptable levels of ministerial incompetence together with excesses of government practised by Blair and then Brown on the UK.

Education: The budget for education was tripled (from £22bn to £68bn.) But 250,000 children still left primary school unable to read, write and add up. About 110,000 parents were routinely refused a first choice of secondary school. And, largely due to the inadequate education in their formative years nearly 1 million (16-24 y.o.’s) were not in any form of education, employment or training. 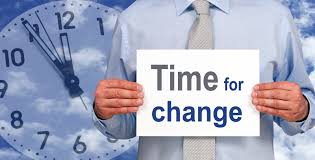 Health: From 1997 Labour tripled financial allocations to the NHS (from £35bn to £104bn). The action was laudable but Health Service minister, John Reid squandered vast amounts of the new money awarding senior medical staff and G.P.’s obscene pay increases securing nothing in terms of flexible working in return.

Coupled with the foregoing the introduction of the Blair/Brown privatisation “agenda for change” brought about a huge increase in the levels of senior administration managers and their legions of support staff. So money for healthcare ended up in the already well filled pockets of Senior Medics and administrators progressing the “agenda for change”.

An added disgrace is that only 49% of cancer patients were surviving for five years after diagnosis – lower than virtually all Europe. MRSA and C-difficile killed almost 44,000 people since 1997.

Criminal Justice: Financial allocations were increased (from £16bn to £24bn). But in 2008-09, there were in excess of 100 serious knife crimes a day, nearly a million victims of alcohol/drug fuelled assaults and over 10,000 incidents of anti-social behaviour daily.

Defence: Spending was increased (from £27bn to 37bn) necessary due to the illegal deployment of the armed forces to the invasion and occupation of Iraq and Afghanistan. But the new money was insufficient to support regular forces fighting bitter wars of attrition on 2 fronts.

The British Army sustained casualties well in excess of the USA, due to being ill-equipped and over deployed (rotation) to the fields of war resulting from cutbacks in the level of the very forces needed to support a nation at war.

Since Labour came to power, regular troops are reduced by 21,000. Naval forces have lost 12 warships and the RAF 217 war planes.

Against this scenario of incompetence the death toll in Afghanistan mounted. The daily press carried stories of bereaved families speaking out again and again about the lack of proper equipment and support.

Other intolerable insults foisted on the young men of the nation included housing their families in sub-standard leaky, ill-maintained, rat infested housing unfit in many cases for human habitation and the final insult being handed their notices of redundancy on the field of battle.

And yet Gordon Brown assured the recently published Chilcott inquiry that defence spending had been increased so that all aspects of the wars in Iraq and Afghanistan were fully funded.

The Economy: Being fair-minded the UK and the world was hit with a series of financial disasters largely created by greedy, incompetent utterly useless bankers and no political party could have emerged without criticism.

But many believe Gordon Brown’s earlier reckless spending, banking deregulation and sale of gold reserves at knock-down prices just about bankrupt the UK in the first place.

The budget deficit is well in excess of the level reached during WW2. Companies are folding and dole queues are lengthening daily.

Faced then with a basket case economy and a high level of financial attrition, reversing of which has been forced upon the electorate, (allowing bankers to distance themselves from the effects of their largesse) it was imperative that all parties committed unreservedly to the task of saving the nation.

But just as this message was being released Westminster was caught up in the expenses scandal which revealed many M.P.’s, ministers and civil servants to be little better than greedy pigs with their heads permanently in the trough ripping off the electorate.

Summary: The Tory Party took up the reins of government in 2010 and will remain in place until 2020 (unless the new Prime Minister calls an early election.)

Many more radical cuts, to be introduced over the term of the parliament will be concentrated on reducing welfare spending with the purpose of rescuing the UK from terminal economic decline.

Taking all of the foregoing into account there is no way a vote for the Labour Party can be justified.  I doubt the party will ever be electable again. A sad end to a great ideal.

Scots who wish to be free of the incompetence of Westminster should support the SNP in it’s mission to achieve independence for Scotland.

9 thoughts on “An early General Election is on the horizon – If Corbyn is defeated New Labour will be raised from the ashes to challenge the Tories – But who would vote for more of Blair Brown and Mandelson?”