The British Broadcasting Corporation (BBC) – An instrument of the State?

The BBC is funded by compulsory public subscription in the form of a Licence Fee. Licence payers paid £2.7billion in fees in (2002-2003) making the BBC the most extensive and best funded Public Service Broadcaster in the world.

The delivery of Local, national and international news, current affairs, entertainment, social services and documentaries through the medium of radio retains it’s place at the head of broadcast media. Distribution of financial resources in support of the foregoing should reflect the financial contribution of all who purchase an annual licence fee. The BBC is in breach of the trust the people of Scotland have a right to expect of those who levy the compulsory annual licence fee against them.

A proposal to establish a Scottish Digital Network received unanimous support from the Scottish Parliament in October 2008 but little progress has been made on implementing the key recommendation — the establishment of a Scottish Digital Network to ensure secure and sustainable competition to the BBC for public service broadcasting in Scotland. Since broadcasting legislation is reserved, responsibility for establishing a network rests with the UK Government, which refused to implement the proposal. But notwithstanding the lack of Westminster support the Scottish Government commissioned the Scottish Digital Network Panel to investigate funding models for a Scottish Digital Network. It’s final report supported a publicly funded network financed by the BBC licence fee.
In October 2010, the UK Government and the BBC Trust secretly agreed a licence fee settlement for the BBC, to last until 2016-17. The agreement, which was decided in a matter of days, with no external consultation, had contrasting consequences, It endorsed the principle that television licence fee revenues could be used for public service broadcasting purposes other than the funding of core BBC services.

For example, from 2013-14, the S4C network in Wales will receive a significantly increased level of licence fee revenue support. But the new settlement also made it almost impossible for licence fee revenues to be allocated to a Scottish Digital Network before 2016-17.

The UK Government also made it clear that it is not inclined to reconsider the licence fee settlement before 2016-17, and because the licence fee negotiations took place in private, Scotland’s public service broadcasting needs do not seem to have been considered during the decision-making process for the settlement.

The BBC has ten Radio Stations broadcasting UK wide. All of these are based in London with very little, or in most cases no, Scottish output. London and the south-east of England accounted for 69 per cent of all BBC output in 2002-2003, with the other English regions accounting for most of the rest.

BBC Radio Scotland is something of part-time service. It concludes each evening at midnight, carries a number of repeated programmes and broadcast for only 6,029 hours in 2002-2003.

Radio Scotland/nan Gaidheal / Community Radio together broadcast for only 9,267 hours for the year.

Such a limited service is grossly inadequate for a national community of over 5 million people. This London and south east of England bias at the BBC not only in its network broadcasting but on BBC Scotland television has no place in a fair and equitable society and certainly not in today’s age of advanced technology.

The BBC has eleven regional television services in England. These regional channels produce their own local programmes as well as commissions for the BBC network. They are:

Excepting London and the South East, the BBC English regions have similar, or indeed smaller, populations to that of Scotland. However, this “similarity” in population is where the similarity ends. Unlike in Scotland, each of these English regions has a number of local BBC radio stations.

As the above figures show, BBC local radio broadcasting hours in Scotland is paltry in comparison to the individual English regions despite Scotland having a larger population than most of them.

That a Scotland of over 5 million people can have only 9,267 of local BBC radio broadcasting hours per year while the BBC provides anything between 14,000 to 30,000 hours of local broadcasting for individual English regions defies belief and is nothing short of a national scandal.

Not only is Scotland being short-changed by the BBC in its London-based UK Networks, Scotland is also being very much under provided for in the Corporation’s local services, and most notably radio provision.

UK network radio broadcasting aside, Scotland has a population equivalent to 10.5% that of England. One would therefore assume that BBC Radio Scotland should be broadcasting approximately 10.5% of the radio hours that the BBC English Regions broadcast.

Indeed, given Scotland’s national status, one would think that BBC Scotland would be broadcasting more hours per head than the average English Region or County.

However, as the tables above and below show, BBC Radio in Scotland broadcast only 3.9 % of what is broadcast in England.

As the above figures show, BBC local radio broadcasting hours in Scotland is paltry in comparison to the individual English regions despite Scotland having a larger population than most of them.

That Scotland with over 5 million people can have only 9,267 of local BBC radio broadcasting hours per year while the BBC provides anything between 14,000 to 30,000 hours of local broadcasting for individual English regions defies belief and is scandalous misappropriation of Scottish taxpayers compulsory financial contribution.

Not only is Scotland being short-changed by the BBC in its London-based UK Networks, it is is also being very much under provided for in the BBC’s local services, most notably radio provision.

Finally, this overall London/English bias at the BBC is not in the best interest of the licence payer with London and the South-East of England being the most costly place to produce and broadcast programmes in the UK.

The BBC produced 69 % of all its radio programmes in London and the South-East in 2002-2003. Costs per Hour of Originated Programmes. Radio:

As can be seen from the costs above, not only is it culturally and economically disadvantageous to the Nations and other regions of the UK that 69 % of the BBC’s output originates from London and the south-east, it also doesn’t make economic sense for the BBC and the licence payer.

By its own admission, the BBC accepts and acknowledges that these programmes can be produced so much less expensively elsewhere.But the corporation insists on doing it’s own thing regardless of public concern.

There are many cultural and economic benefits that a vibrant and thriving media can produce with the many quality jobs, training and opportunities that that entails.

However, due to the present underfunding of BBC Scotland, many of those benefits are limited or simply denied to the people of Scotland and the few that we do have are completely reliant on the decisions and whims of others.

Those benefits are very much concentrated in London and the south-east of England, with the other English regions taking a lion’s share of the little that remains.

Scotland having 25-30,000 hours of BBC radio broadcasting, which would be more proportionate to the service currently available in the English regions, could mean the creation of other national and/or local BBC Scotland services.

This would not only produce a much more diverse service for the Scottish licence payer with an inevitable increase in jobs and opportunities but would end the national travesty and embarrassment of Scotland having only one national BBC Radio station trying to be all things to all men and all women and all age groups.

Having a more abundant and diverse BBC Scotland service would be entirely in keeping with the situation in similarly sized and smaller neighbouring countries where they have a more extensive service from their Public Service Broadcaster.

For example, RTE, the Public Service Broadcaster in the Republic of Ireland, has four national radio stations, despite the licence fee being similar to that of Scotland and the UK.

RTE also broadcasts an Irish Gaelic language channel, separately funded by the Government. The Republic of Ireland has a smaller population than Scotland.

Indeed, a number of “regions” in some neighbouring countries already enjoy a greater service from their respective PSB. Again, for example, the Flemish Community in Belgium also has four national radio stations, despite Flanders having a similar population to that of Scotland. 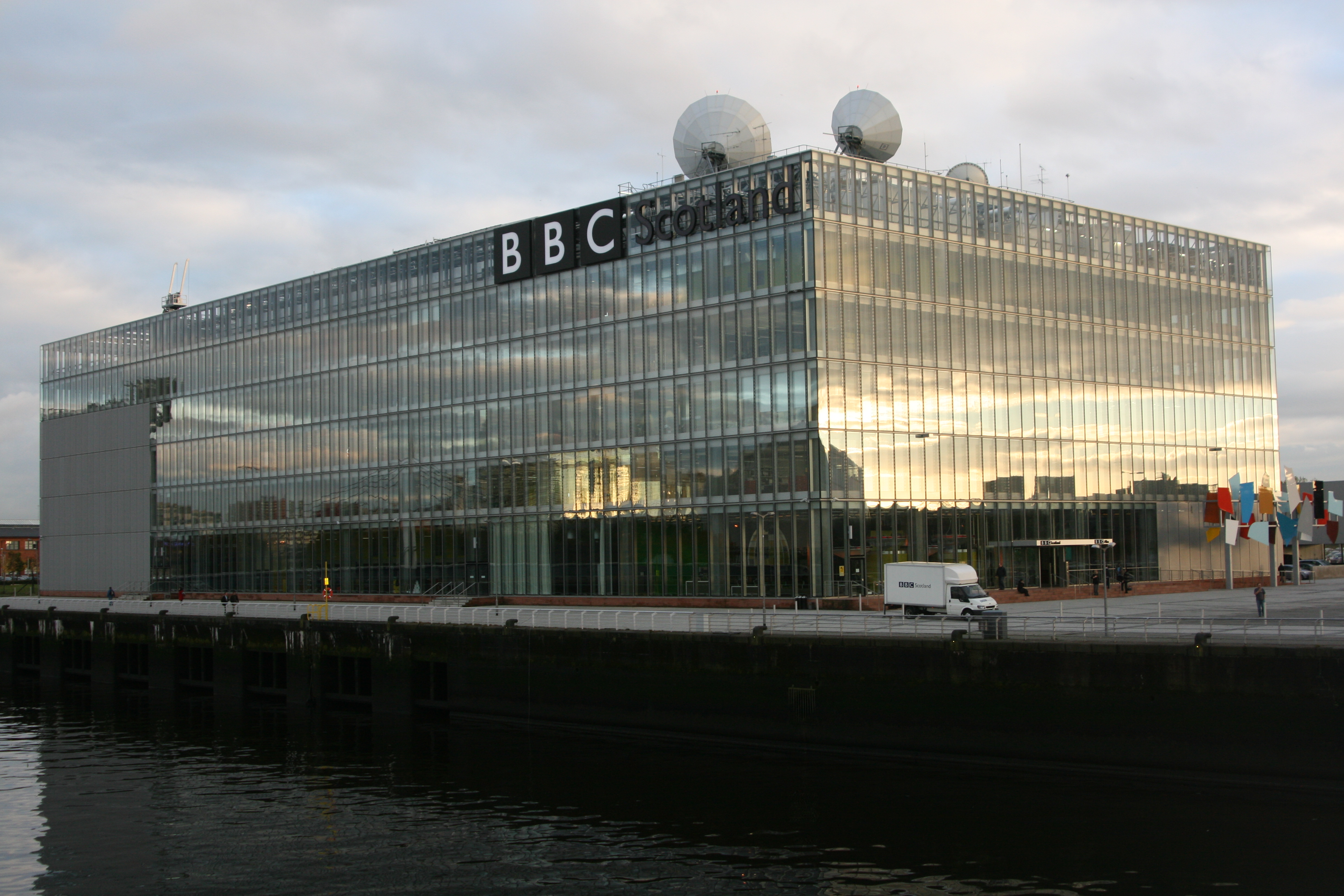