#NowScotland @NowScotlandNow Chair of LSE unit claiming independence would make Scotland “poorer” is none other than Sir Nick Macpherson, the Treasury boss in 2014 who broke civil service impartiality to publish papers attacking Yes side. pic.twitter.com/ZUAiIhckLM 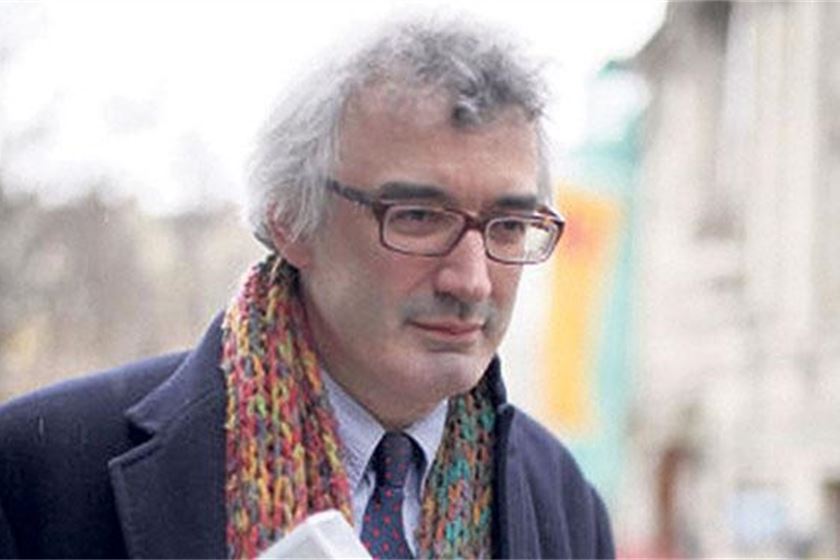 Sir Nicholas Macpherson, the former permanent secretary to the Treasury  has claimed Brexit means Scotland leaving the UK now would present it with “an extraordinary opportunity” to attract skills and investment. In a column in The Financial Times, Sir Nicholas said the UK’s decision to leave Europe:

“changes terms of debate north of the Border” and that Scotland could “develop further as a financial centre”.

“With the UK leaving the EU, there is a golden opportunity for proponents of Scottish independence to re-appraise their economic prospectus. Clearly, membership of the EU will lie at the heart of it. That will enable Scotland to have access to the biggest market in the world without the uncertainties that are likely to face the rest of the UK for many years to come. It would also provide a historic opportunity for Edinburgh to develop further as a financial centre, as London-based institutions hedge their bets on the location of staff and activities.”

“An independent Scotland committed to the EU would have an extraordinary opportunity to attract inward investment as well as highly skilled migrants and if it can develop a clear and coherent economic strategy ahead of any future referendum it not only stands a better chance of winning but it will also increase the probability that an independent Scotland inside the EU can hit the ground running.”

On currency, he said there should be a Scottish pound supported by a central bank, rather than an attempted currency union with the remainder of the UK.

” the EU would have a “huge interest in fast-tracking membership for a country whose citizens have been members of the bloc for 43 years and have voted to remain by 62 per cent to 38 per cent.”

And referring to the “Euro”  he offered that Sweden has been committed to joining it for 20 years, and “the prospects of its giving up the krona seem vanishingly remote.”

The Scottish currency would allow Scotland to manage its oil price cycle, he said:

“The Treasury was concerned in 2014 that the Scottish Government’s prospectus relied on over-optimistic oil price projections. But First Minister Nicola Sturgeon’s administration has since worked to bolster its fiscal credibility.” (The National)

But he stabbed Scotland in the back in the 2014 referendum by strongly supporting the Westminster Government’s underhand tactics. See below

You must carry out your responsibilities in a way that is fair, just and equitable and reflects the Civil Service commitment to equality and diversity.

You must not act in a way that unjustifiably favours or discriminates against particular individuals or interests.

You must not act in a way that is determined by party political considerations, or use official resources for party political purposes, or allow your personal political views to determine any advice you give or your action.

Macpherson breached the “Civil Service Code” when he released to the public his personal views and political advice regarding sharing of sterling in the event the Scottish Referendum returned a Yes vote.

His unsolicited written advice to George Osborne, Chancellor of the Exchequer was also at odds with the public position of the Governor of the Bank of England who had previously advised that an effective union of currencies was feasible, subject to agreement on a number of conditions.

It was later revealed his intervention had been coordinated with senior government officials and members of the “Better Together” campaign forming part of a carefully choreographed exercise in political destabilisation, titled “the Dambusters strategy” by insiders. Noteworthy was his use of the words “we were” indicating his actions were politically driven, which he did not deny. Disgraceful conduct from a senior civil servant.

March 2014;  “Better Together” Scare Tactic Bang On the Money

On February 13th, in a flying visit to Edinburgh, the UK Chancellor, George Osborne, declared that Scotland would be denied use of the pound, if it voted “Yes” in the referendum. What followed was a carefully choreographed exercise in political destabilisation, titled the “Dambusters strategy” by Unionist insiders, which shook the “Yes” campaign.

Calls for a monetary union between an independent Scotland and the rest of the UK were akin to “embarking on a damaging divorce” but insisting on sharing a credit card, Chief Secretary to the Treasury Danny Alexander  said. Setting out his reasons for rejecting the Scottish Government’s preferred currency solution  he insisted that the decision to rule it out was final.

Feb 2015: Macpherson Takes Pride in The Actions of the Civil Service

Macpherson waxed lyrical about the effort put in by the Treasury to thwart Scottish independence;

“The project was run by a standing Treasury team of six officials, though during the course of two years’ work some 50 officials contributed to the analytic work.”

Full costs, about £2.5million was charged to the office of the Secretary of State for Scotland. So Scotland met the bill for advice it never asked for.