Message for the Unionist parties – Labour – Tory – Lib/Dem and UKIP

The Labour Party in Scotland is a busted flush unworthy of any support from the Scottish electorate. The other Westminster controlled parties are just as guilty of electoral abuse. 100 days from now Scotland should send all of the Unionist parties (each of varying degrees of blue) an unambiguous message that their dictatorial rule is at an end.

Kezia Dugdale: First Ministers Questions: Her lamentable, laboured, scripted one-liners and prepared insults, demonstrates why Labour is unfit to govern Scotland, and indeed has been for a very long time. She has learned nothing from the disastrous mistakes of her predecessors, and is locked into the same style and script. Very sad.

Jackie Baillie: A Director of the “Better Together” campaign gets her erse roasted in a barking-mad own-goal strewn performance during which she accuses Alex Salmond of “standing shoulder to shoulder with David Cameron” – not the most sensible accusation to pursue. The First Minister’s responses overwhelm the defenceless Ms Baillie… completely helpless and exposed, she’s outed as a Tory. https://www.youtube.com/watch?v=BYrOfrmJAUk

29 November 2012: The public in Clydebank were provided with an opportunity to question Labour and SNP politicians. They didn’t mess around. Jackie Ballie attended and was “put to the sword” by a mainly Labour supporting audience. The anger displayed towards the Labour party was intense and is entirely relevant to the 2016 Scottish elections since the mood of Scotland is unchanged.

Scottish Labour leader Johann Lamont’s ‘something for nothing’ speech has been described as being like ‘a train wreck’ and the ‘longest suicide note in history’.

The problem for Lamont and her supporters is that the universalism of free bus passes for the elderly, free prescription charges and free tuition are very popular and people know they’re not free. They voted to pay for them through their taxes!

It is argued that there are lots of reasons why universal services are preferable to means testing such as better take-up, less admin costs, more equality and social solidarity.

Therefore shouldn’t progressive taxation – the rich pay more – be the way to fund decent public services and shouldn’t these be central to Labour’s policy rather than ditching universal benefits in favour of the hated means test? 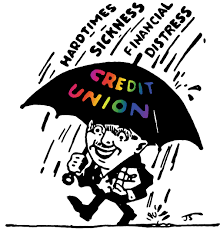 * Jackie Baillie is a disgrace. She is terrified of the SNP because they have helped people in a way the Labour Party never have. Our local hospital MRSA capital of Europe under her watch.

* It does make me laugh when Jackie Baillie wants to be honest about the NHS.

* All Union members in Scotland need to, must, realise that there is no Labour Party. The Labour Party of Scotland, Keir Hardie, is gone a long time ago…you have a New Labour Tony Blair creation that is aligned to Tory Policies.

* The only option is to vote for Independence and return a true Labour movement into Government in Scotland. Any other notion is just fanciful and the STUC need to get a grip and wake up to the fact that the UK Union is not serving you.

* The Labour Party are a disgrace to the name, they are just a bunch of tory infiltrators, withdraw all support to them now

* Blue tories, red tories. Scotland should be governed fully from Edinburgh. End London Rule, vote YES. The only way is up for Scotland if we remove the dead hand of Westminster.

* Who are the panel? Whit a fine Clydeside accent Jackie the Hutt has … sounds like she’s never been outside the home counties!! She is totally false!!

* Jackie Baillie probably regrettin she turned up. Great to see the good people of Clydebank telling it like it is

* When are the good people of Scotland going to see sense? We get the Government England votes for every time. It doesn`t matter how Scots vote in Westminster. We would be aswell not voting at all. This is not democracy. If Scotland votes NO in the referendum we are voting to remain a region of greater England and will be forever labelled subsidy junkies by the English even though we receive no extra money from what we contribute, we actually get less back.

* How can anyone in Scotland vote Labour? How can anyone be that stupid? Really, I mean, really get a grip…Labour are a sack of lying, anti-Scottish careerists, who couldn`t give a flying fart for anything other than their tickets out of Scotland on their way to a job in Westminster.

* Am trying figure out what Baillie and the chairperson were laughing at. They held the meeting in disregard (this can be seen @ 7mins.) Totally shocking. But the locals are pissed aff and they have my respect for tellin as it is outside the labour bubble.