Maastricht  and its implications

Having signed the treaty the Tory Party went into meltdown over the implementation of matters of policy required by the EU. Although John Major eventually won through the in-fighting had badly damaged the image of the Party and Tony Blairs “New Labour” replaced it in government.

One area of governance (among many) the negotation of which was declared unacceptable was the “sovereignty” of Westminster. Any and all discussions with the EU would be directed through the UK government and its officers.

But democracy was a key subject of the treaty and this brought with it policies of decentralising authority within member states. But this was an anathema to the Tory Party which vehemently rejected any change. All powers would be retained by Westminster. 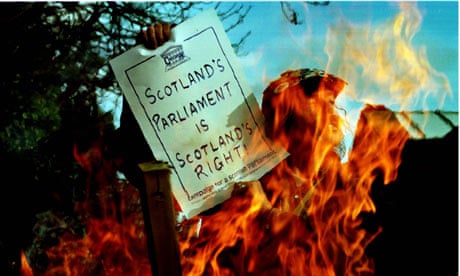 1999 – Devolution – Establishment of the Scottish Assembly

The proposal was used by Tony Blair as an election propaganda tool with the purpose of encouraging Scottish voters to join the Labour Party cause, reversing the damage to Scottish society of 13 years of Tory centralisation.

“New Labour” would devolve control of public and economic policy to Scotland further strengthening the Labour Party’s already solid political base in Scotland.

But Unionist politicians at Westminster failed to embrace the prospect of a return to local democracy since it was a threat to the power of Westminster and their livelihood.

The “New Labour” Government, using its massive majority forced through a devolution deal but true to form all was not as it appeared to be. Arch Unionists, Blair and Brown cobbled together a package of measures crammed full of caveats many of which would surface over time. They devolved little and removed a lot.

Voting arrangements, introducing a strange hybrid form of proportional representation were put in place by the Labour government and the Lib/Dem’s ensuring there would be a permanent coalition government in Scotland to the exclusion of the SNP and the Tory’s.

In 2003, a Commons Select Committee highlighted an urgent need for the UK government to introduce organisational change in Westminster, at the centre of government, reflecting the new political relationships with the recently devolved Scottish Government.

Failure, on the part of Unionist politicians, to identify the purposes of devolution and put in place agreed “terms of reference” for the newly devolved government might introduce difficulties arising resulting in a “war of wills” which could encourage the UK government to weaken or indeed set aside devolution.

In the first few years of devolved government in Scotland new ways of working appeared to be bedding in well, despite Unionist politicians studiously ignoring the recommendation of the Commons Select Committee, to address issues formalising inter-governmental relationships.

The new activated parliament was given universal public support, even after a series of major financial blunders on the part of incompetent and corrupt Labour/Libdem coalition governments driven by dogma driven right-wing policies brought forward by Unionist politicians at Westminster and eagerly embraced and implemented without question by Scottish Unionist politicians.

The loyalty of Scottish government ministers to their governing body at Westminster was absolute.

But weaknesses in the devolution arrangement soon unravelled and the Scottish parliament was often publically reminded of the pecking order within the UK.

Scotland had no authority over macroeconomics (interest rates, taxation or banking) or micro matters (employment law, industrial relations, or large parts of the welfare state).

Financial grants provided the Scottish government with the authority to manage the expenditure of devolved budgets.

But the expenditure policy was dictated by the UK government who also reserved the bulk of powers to Westminster, rendering the Scottish Parliament impotent and of little consequence.

Devolution had transferred limited powers to the Scottish Assembly but even these were not exclusive since they simply cemented Westminster’s sovereignty, and controlling influence over the politics of the entire UK.

Westminster would still crack the whip insofar as the Scottish economy was concerned. Devolution had created 2 governments in Scotland. A recipe for failure.

Devolution created an abundance of overlapping and shared policies and party interests meant that politicians in both parliaments worked together and any difficulties arising were quietly resolved to the satisfaction of Westminster politicians without undue publicity. 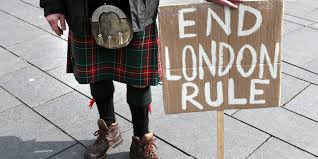 The election of a minority SNP government in May 2007 presented the Westminster Labour government with major problems.

One of which was the Unionist politicians fear that the “Treaty of Union”, to which the Labour, Conservative and Lib/Dem parties were committed would be abandoned.

The stage was set for a major confrontation between Westminster and Holyrood. And the SNP Government did nothing to dispel their fears.

Spurred by a need to do things differently, the Scottish Government speedily introduced “divergence” to Scottish politics. The first policies brought change, “at odds” with the NHS in England namely:

* Free long-term care for the elderly.
* Removal of prescription charges.
* Removal of car parking charges in hospitals.
* Increased funding per head of the Scottish Health Service.

The “House of Lords” confirmed the proposed changes to be within the limits of devolved divergence and although discussed at Westminster censure was not forthcoming.

Encouraged with success the Scottish Government went on to implement a wide range of greatly improved welfare, social, domestic and economic politics benefitting many Scots.

But Unionist politicians at Westminster had ensured many limitations to devolution and there were many things that the Scottish Government wished to introduce, but couldn’t due to the entrenched attitude of the UK Government who insisted that the perceived needs of the UK took precedence over that of Scotland.

The pervading dependence of Scotland on Westminster is overwhelming due to the allocation of annual finance enacted using the “Barnett Formulae.” which recognising spending on “comparable functions in England” and creates a “block grant” for Scotland.

The primary weakness of the “Barnett Formulae” is its exposure to the whims of Westminster Unionist politicians who are intent on increasing privatisation across a range of services much reducing the size and shape of the “Welfare State”.

Annual funding of the “Scottish Block Grant” will, over time, render it impossible for the Scottish government to maintain services as they would wish forcing Scotland to adopt the policies of Westminster. So much for devolution.

Students would be provided with deferrable loans by universities, repayable over time.

Financial allocations to higher education were reduced by Westminster.

The SNP Scottish government gave notice of a divergence from the Westminster policy and introduced higher education in Scotland free of University fees.

Finance covering the measure would be allocated from the “reduced block grant for education” to appropriate places of learning annually. More Squeezing of finance by Westminster Unionist politicians.

The SNP government brought forward proposals which, if introduced would essentially change local taxation removing the much-maligned “Council Tax” replacing it with a “local income tax”.

There was an almighty row about “council tax benefits” with Westminster Unionist politicians who had retained control of Welfare.

The UK Unionist government would not confirm a transfer of additional benefit finance to Scotland.

This meant that any “local income tax” would not be underpinned by Westminster.

The proposed divergence had to be abandoned exposing the weakness of devolution where there is a crossover between devolved and non-devolved areas of policy.

The 2007 Labour/LibDem party election campaigns in Scotland were disastrous.  There was very little policy promotion, instead, Unionist politicians, in government, systematically attacked the SNP accusing it of being divisive and acting against the best interests of Scots.

The SNP, well organised and focused sent out a simple message to the Scottish electorate that, “only the SNP will stand up for Scots against Westminster”.

Scottish Labour, the Tory’s and the LibDems repeatedly failed to convince the electorate that the interests of Scots were paramount. Against all the odds the SNP won the day.

Adding to Labour’s problems was the increasing dissatisfaction with corrupt Labour-run local councils.

This had been revealed at the time of local council elections when the “single transferable vote” was introduced.

Many former Labour-run councils reverted to no overall control or to SNP stewardship.

Labour influence in Scotland from 2007 has, at best been marginal and at worst irrelevant.

The authority and ability of the party to control the political agenda of Scotland was at an end. 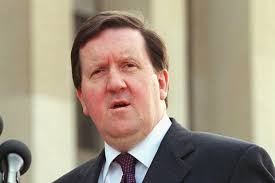