The Foreign Office is to face questions over Libya’s descent into a failed state, following the launch of an inquiry by an influential committee of MPs into Britain’s role in the overthrow of Muammar Gaddafi (1) and the troubled aftermath.

Launching the inquiry, (2) the Tory chairman of the foreign affairs select committee, Crispin Blunt, told the Guardian that the intervention and subsequent breakdown of the state had proved disastrous for Libya (3) and posed a global security threat. He said: “It has turned out to be a catastrophe for the people of Libya. And now it is a growing problem for us, with our undoubted enemy Isis beginning to establish control of areas of Libya. Plus the migration crisis (4) – any area where state authority collapses obviously poses problems for us all over the world.”

He said “I want to examine the quality of the analysis that underpinned the decision to intervene in Libya.” (http://www.theguardian.com/world/libya).

“Had we reasonably thought through the consequences of the action? If we hadn’t, that begs questions about the scale of resources inside the Foreign Office to have that capability.”

Blunt asked “We may wish to be a global player and as member of the P5 [of permanent UN Security Council members] think we have a duty to global security, but do we have the means?”

The former army officer voted in favour of the imposition of a no-fly zone over Libya in 2011, but rebelled against the government’s threat to intervene in Syria two years later.

He said the inquiry would look at whether the intervention in Libya went beyond the mandate of UN security council resolution 1973, as many have claimed, including those in the Russian government.

He said  “The committee is going to look at how the UN security resolution was interpreted and implemented.”

Blunt pointed out that Moscow’s anger at how the resolution was interpreted has hampered diplomacy on Syria and Ukraine.

He said: “It has very strongly reinforced the sense in Russia of western exceptionalism, which has made negotiating with them on Syria and Crimea very difficult.

When we say to them, you have got to stick to the rules of the road, they can point to areas where they think we have bent the rules. Have we created a much more difficult relationship with the Russians?”

The Libya inquiry will be the first under Blunt’s chairmanship of the committee and seen as statement of intent to ask to difficult questions.

He said: “I hope all our inquiries will be awkward for the government – that’s rather the point of House of Commons oversight to the government.

Earlier this month, Blunt criticised the government’s involvement in bombing Islamic State in Iraq as “unnecessary”.

Commenting on the Libya inquiry, Chris Doyle, the director of the Council for Arab-British Understanding, said: “It has the potential to be awkward, because Libya has not been a success and neither has the government’s policy in Iraq, Syria or Yemen. We are not in a good place in the whole region. So it is difficult not to be critical. I don’t think any MP would say they are happy with the way Libya has turned out. It is timely, because Libya is still potentially a failed state and it does pose security risks in Europe.”

The foregoing information is better understood by reading previous posts by myself. This disaster will haunt the West, and the UK in particular for many year’s to come 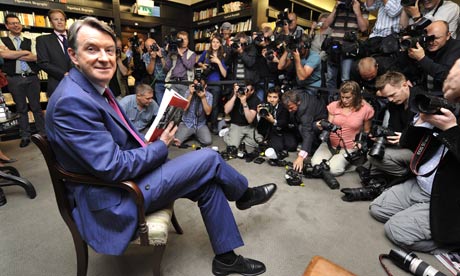 Former French President Nicolas Sarkozy and British Prime Minister David Cameron carry the blame for the current “mess” in Libya said President Obama in comments likely to upset two of his countries closest allies. (So much for the “special relationship”

In an extensive interview with The Atlantic magazine published Thursday, President Obama discussed the conditions surrounding the 2011 British and French-led NATO bombing campaign that led to the end of Libyan dictator Muammar Gaddafi’s 41-year-rule.

While the military intervention succeeded in ousting the dictator, the power vacuum it created has seen Libya descend into near-anarchy, ruled by rival militias vying for power while the Islamic State group has gained influence in the country.

Obama believes that while deeper than expected Libyan “tribal divisions” are partly to blame, it was largely the failure of France and the UK to “follow-up” on the bombing campaign that led to the current situation.

“There’s room for criticism because I had more faith in the Europeans, given Libya’s proximity, being invested in the follow-up,” he told the magazine.

Sarkozy wanted to ‘trumpet’ own role

Cameron stopped paying attention soon after the military operation, he said, becoming “distracted by a range of other things”.

Meanwhile, Sarkozy was more interested in promoting the importance of his own role in bringing an end to Gaddafi’s rule, Obama seemed to suggest.

“Sarkozy wanted to trumpet the flights he was taking in the air campaign, despite the fact that we had wiped out all the air defences and essentially set up the entire infrastructure [for the intervention],” the US president said.

Obama rebuked the US’s European and Gulf allies for their habit of waiting for America to take the lead on international issues and therefore of assuming the risks associated with military intervention – what he dubbed “free riders”.

“What has been a habit over the last several decades in these circumstances is people pushing us to act but then showing an unwillingness to put any skin in the game,” he said.

This is why the US pushed for European and Gulf countries to take the lead in Libya, said Obama.

On France, Obama said that by allowing Sarkozy to take credit for the fall of Gaddafi, the US was able to “purchase France’s involvement in a way that made it less expensive for us and less risky for us”.

Obama also told Cameron that Britain needed to “pay [its] fair share” if it wanted to maintain a “special relationship” with the United States by ensuring that at least 2 percent of its GDP is spent on defence, the magazine said.