Interesting stories have emerged in the past few days about Britain’s Liberal Democrats, the once self-styled party of business is now evidently the party of finance.

Let’s start with this extract from a speech by Lib-Dem Danny Alexander, Chief Secretary to the Treasury:

“Firms will be banned from getting public money if they are based in tax havens rather than mainland Britain.”  The telegraph 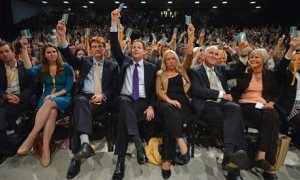 “No one keeps their cash in tax havens for the quality of investment advice; these are sunny places for shady people.”  The Guardian 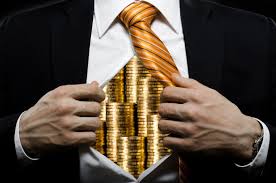 “The financial services industry in the Channel Islands is a hugely important gateway for the wider financial sector and indeed the economy in the United Kingdom.”

Then there is this:

“Brompton Capital, is the biggest corporate backer of the Lib-Dem party, donating £777,000 since the General Election in 2010. . . . Shares in the firm are owned by an offshore firm called Integro Nominees (Jersey) Ltd, which is based in the Channel Island tax haven.”   The Daily Mail

“Alpha Healthcare and its sister company C & C Alpha Group, part of a venture capital group in the private health sector, have together donated £970,000 to the Lib Dems since 2004. Alpha’s parent company, Harberry Investments, is based in a small office in Tortola in the British Virgin Islands.”  The Guardian

Comment:  Exposes the Lib-Dem party as a bunch of political charlatans unworthy of election to any office. Professing to detest tax haven tax avoidance but secretly benefiting from substantial financial support from the self same sources

The picture above is off Sarah Teather not Jo Swinson.

Thank you for thhe heads up