28 October 2013: Britain’s Mean Streets: The economic migrants looking for a better life who end up in the gutter

The UK is bitterly divided on the EU and immigration. As the opening up of Europe’s borders creates a new wave of poverty on its streets, we witness the deprivation and anger as it reaches crisis point. Walking down London’s most exclusive streets, the smell of improvised toilets clashes with high-class boutiques and luxury car showrooms. “Their take on the world doesn’t chime with ours.” Nik Ward, head of Westminster Council’s Rough Sleepers Department says of the immigrants he’s looking to clean off the streets. 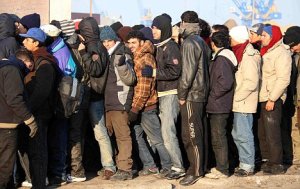 It’s now estimated that a third of the city’s homeless are now from eastern Europe. Zie Babaks, a Latvian immigrant, says many work but are exploited so that they “are not earning enough money to survive”. Migrants are crammed into unsafe accommodation with the authorities using sophisticated thermal imaging technology to find them. Many like Bob McAuley direct their anger at the EU, “We’re sick to death of being ruled by Europe.” Long a comical fringe party, UKIP’s anti-EU stance is now rattling the establishment and it looks like the full political impact is yet to be felt. http://www.journeyman.tv/?lid=66102

Immigrants queue for food handouts form La Belle Etoile charity near the ferry port in Calais.
9 January 2014: The Truth About Immigration in the UK 2014 – Did Britain need immigrants to keep economy growing?

BBC political editor Nick Robinson examines the public’s anxieties about immigration and reveals the facts of an issue that has transformed British politics. With Britain braced for a new wave of migrants from eastern Europe, a subject once regarded as toxic is now at the forefront of political discussion. The programme dissects the decisions which led to the biggest surge of immigration in modern history and asks whether politicians can control immigration as much as they claim, looking at the potential consequences of their pledges. https://www.youtube.com/watch?v=MHplEJgevqM 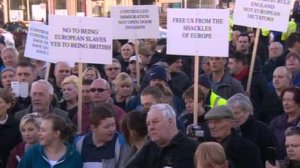 24 February 2014 The Migrant Trap: For thousands of migrants, Tripoli is seen as the gateway to Europe. But for many of them, the Libyan capital is turning into a dead end.

For African migrants Libya used to be a Mecca: a place to find work or get access to Europe. But now the workers who come here are trapped in the political, economic and social chaos engulfing the country. “It will get worse because of the indifference and carelessness of the Libyan authorities, but also the lack of coordination with Europe”, militia leader and immigration officer Abdul Raza tells us. He describes how no efforts are made on the Libyan side to stop the 15,000 migrants a year who attempt the crossing to Europe, which in 2013 resulted in 3,000 deaths. 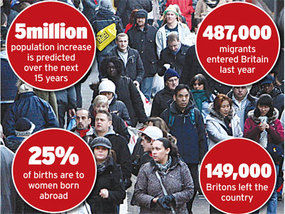 Tripoli has always been a centre for migrants and talk of reconstruction has brought a new wave. But these rumours are in stark contrast to the complete mayhem engulfing the country. “We have big problems. This morning we haven’t eaten. Sometimes they hit us. When we are noisy they beat us”, a young migrant being kept in Libya’s notorious Abu Salim prison tells us. He has been brought here along with hundreds of others and will be kept here for an indefinite amount of time waiting to be deported. “It is for them the most important thing to go to Europe, Lampedusa. They would rather die than stay here in Libya”, says a Roman Catholic Nun attempting to offer aid to the increasingly desperate immigrants swelling Libya’s cities. https://www.youtube.com/watch?v=U0vtLspGbmg

Nick Hewer and Margaret Mountford explore the impact of immigration in the UK by bringing both sides of the debate together. Pairing five Brits who are opposed to immigration with five immigrants, they look at the issues of jobs, housing and what it means to be British. https://www.youtube.com/watch?v=n5s3bBZEtCw https://www.youtube.com/watch?v=ITnB-ehfFYg

BBC political editor Nick Robinson examines the public’s anxieties about immigration and reveals the facts of an issue that has transformed British politics. With Britain braced for a new wave of migrants from eastern Europe, a subject once regarded as toxic is now at the forefront of political discussion. The programme dissects the decisions which led to the biggest surge of immigration in modern history and asks whether politicians can control immigration as much as they claim, looking at the potential consequences of their pledges. https://www.youtube.com/watch?v=TJVDguL7cfo 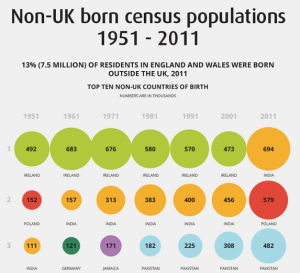 Reporter Paul Kenyon joins British police in a Romanian village where most of the men have left to pursue work in the black market of London.

29 October 2014: The Italian Solution: Inside the Italian Navy’s desperate mission to save North African immigrants from death in the Med.

The Italian Navy’s Operation Mare Nostrum has rescued record numbers of migrants crossing the sea from North Africa to Italy, but as it now ends the rescue program, experts say thousands are at risk. In a country suffering from recession, the rescue operation is costing around $13 million a month, and causing friction with Italy’s EU partners. Many migrants walk out of Italian processing centres and head for other Euro territories.

EU rules demand those rescued at sea ask for asylum in the country where they come ashore, but job and opportunity-poor Italy drives many migranti to head directly for Northern Europe. “We’re heading to Milan and then find another country maybe. Sweden or Netherlands or Germany.” explains Mohammad, a Syrian refugee rescued by Italian Navy.

The policy is putting pressure on the EU to assist Italy with the rescues, both financially and logistically. But the other member states are reluctant to join in. And now there are growing question marks over how long the Italian government can keep rescuing the migranti lost at sea.

This report takes us to the French coastal town of Calais, where thousands of migrants, largely from the Middle East and Africa, are desperately trying to board boats or trucks in order to travel to Britain. Calais is a magnet for the migrants from war zones and poor countries who are trying to reach Britain. For years French police have been trying to remove migrant camps in and around Calais; however, the number of arriving migrants have been persistent. Many of the migrants hope to hide in trucks or other vehicles crossing to Britain. We will see what life is like in the camps and find out how they are treated by the police and most local people and if Britain rejects them or not. 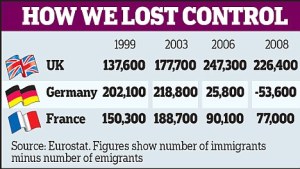 28 December 2014: Whats behind an anti-immigrant tide rising in Europe

The European Union is built on the idea of free movement of people and capital, but some factions wish to curb immigration and control their sovereign identity. Documentary on the issue of Immigration to the Italian island of Lampedusa, aimed at sensibilising people to the plight of African immigrants to Europe. The tide of illegal immigrants from Africa to Europe does not seem to be ebbing, with many countries still struggling to return to normal life. https://www.youtube.com/watch?v=srYu0mVWOaw