14 September 2016: BBC Trust chairwoman quits after PM tells her to reapply for her own job

BBC Trust chairwoman Rona Fairhead has announced she will step down early from her role and will not apply to head the corporation’s new governing body.

David Cameron, had originally asked Ms Fairhead to continue until 2018 – moving from chairwoman of the Trust to lead the new unitary board. But government sources described Prime Minister Theresa May as being not “overly impressed” by Mr Cameron’s decision to appoint Ms Fairhead. It is understood that Mrs May was concerned about the lack of transparency in the appointment process.  Ms Fairhead’s announcement, ahead of time, of her decision to go will be seen as an indication of strained relations between her and the prime minister.

Comment: I wrote about the tawdry affair over a years ago. The entire process of recruiting Fairhead was a disgraceful abuse of power on the part of Cameron and senior managers of his trusty inner office. I have also written extensively about the‎ Machiavellian powers of the senior civil servant Sir Jeremy Heywood whose role in the Fairhead recruitment debacle vastly exceeded his authority.  The PM would be well advised to get rid of Heywood before he pulls the trigger on her. See my post of  2 June 2015. 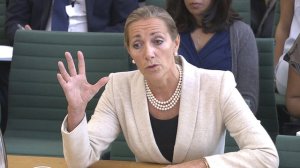 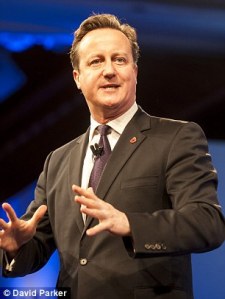 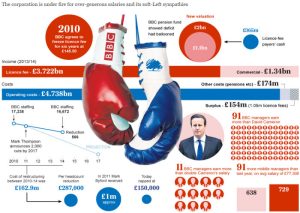 The BBC’s latest drama – Rona Fairhead’s appointment – This is how Things are done when the Cabinet Office takes charge of recruitment. The recent well publicized and much criticised search for a new Chairman of the Board of Trustees for the BBC was dramatic to say the least.

With Rona Fairhead now appointed it looks like this gripping saga is finally drawing to a close. first a recap for those that missed earlier events. As I understand it, it went like this.

Chris Patten resigned with a serious heart problem amidst remuneration and pay-off scandals, Jimmy Savile, and the £100m failed IT project. His heart problem, post-resignation, miraculously improved and allowed him to become a Papal advisor, or maybe it was the other way round! Why this reminds me of Ernest Saunders I don’t know. 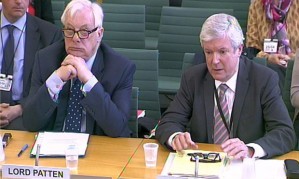 The BBC board appointed Saxton Bampfylde to lead the search for a new Chairman, obviously on an exclusive basis with a mouth-watering fee no doubt. All above board so far, well not really because it emerged that the BBC Director General, Lord Hall’s wife happened to be a consultant at Saxton Bampfylde.

No matter, the Culture Secretary, Sajid Javid, said he was happy there was no conflict of interest, as Lady Hall will not be involved in the recruitment process. Well, perhaps, as an ex Deutsche Bank executive he would know all about Chinese walls. 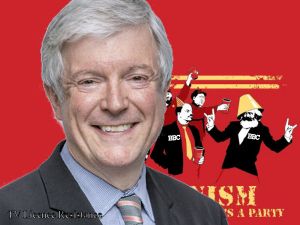 Tory MP Philip Davies, of the Commons media select committee – which must approve the new BBC Trust chairman – said: “if they were going to hire headhunters, you’d think they’d be able to find a firm that didn’t have the Director General’s wife working for it.” This gives rise to a number of questions. Did the BBC Board really think this would pass the sniff test? Were those headhunters the only ones that could do the job? Did Saxton’s consider the prestige and fee worth the opprobrium? We will probably never know.

Anyway, on to episode two and it is still captivating. Lord Coe had been widely tipped for the role and it was reported that the job specification could be changed to suit his lack of available time. Well if true, and in the absence of any denial, this development was just laughable. Fortunately, Seb Coe was smart enough to run a mile from the opportunity anyway. 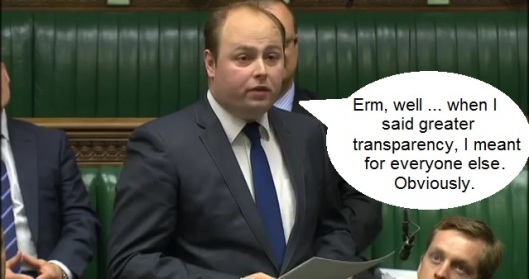 The media then reported that the search had collapsed as the shortlist candidates declined the role. No doubt this was just sensational journalism as only candidates that wanted the role can be on a shortlist. In the same articles they stated that Marjorie Scardino and Peter Bazalgette had also declined to slurp from the poisoned chalice.

Episode three apparently involved yet more conflict of interest;  a good storyline so why not keep it running? As expected, the Cabinet Office advertised and managed the entire recruitment process overseeing the BBC Trust Chairman’s appointment, amongst many other roles. 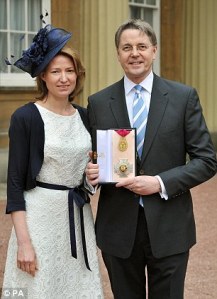 The Daily Mail and others then reported that the cabinet secretary Sir Jeremy Heywood’s wife worked at McKinsey and Co. who were appointed by Lord Hall to conduct a strategic review for a reported £600,000 fee. Coincidentally, Lord Hall knows Suzanne Heywood because she was on the board of the Royal Opera House where he was Chief Executive before joining the BBC. And so the drama concluded with a gripping finish, back to Ms Fairhead who was, of course,well known to Sir Jeremy Heywood, the Cabinet Secretary as she was, until very recently, employed in Cameron’s Cabinet Office. 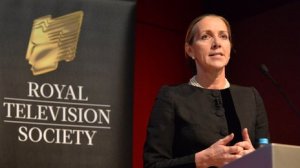 It was expected she would have both the time and the resolve to drive through major changes in a complex and controversial organisation. On the other hand she could appoint consultant’s to complete yet another strategic review. http://www.futureworkforum.com/PDFs/INFORMS-Issue-No1.pdf 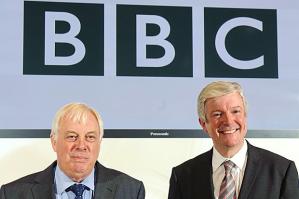