Since oil was struck in the North Sea in 1970, it has fuelled dreams of Scottish independence. British waters were already clearly defined from Norwegian waters, and so was the oil and gas underneath. Scotland had legitimate claim to 90+ per cent of British North Sea oil and gas revenue. 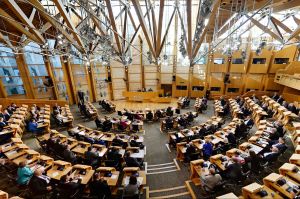 By the mid 1970s, international convention had already agreed that the North Sea North of the 55th parallel was under Scottish jurisdiction. That meant around 90 per cent of the UK’s oil and gas reserves fell within Scottish waters. But such was the fear of the rise of Scottish nationalism that proving documentation remained secret under the governments of Callaghan, Thatcher, Major and Blair.

1999: The North Sea off Scotland’s East Coast up to Carnoustie stolen by Westminster

The North Sea on Scotland’s East Coast up to Carnoustie past St Andrews was stolen by Westminster in 1999.  6,000 miles of North Sea between Berwick-upon-Tweed the legal Marine boundary to Carnoustie now belongs to England, this means the pipeline into Grangemouth is in English Waters.

The former boundary between English and Scottish waters ran due East from Berwick to a median line between the UK and Norway. But a new ”demarcated” limit was created 60 miles further north at Carnoustie. The new boundary was drawn up under international maritime regulations to identify a zone within British fishery limits for which Scottish ministers will be responsible in the future. The boundary shift was established by an order carried out at Westminster under the Scottish Adjacent Boundaries Order (1999).

The order was passed by the House of Lords and the Committee on Delegated Legislation on March 23, but was not openly debated in the Commons. It was first nodded through by the treacherous Lib/Lab coalition in Holyrood who refused a debate.

The suspicious reasons behind this move, requested under the Freedom of Information Act, have been denied to the SNP government as “it would not be in the public interest”.

Whose public interest do they refer to? One can only hazard a guess at what that means.

Expert legal opinion declared the move illegal and the matter will need to be resolved to Scotland’s satisfaction at the time of independence.

A Scottish Office spokesman, when challenged said the change in the fishing boundary – was necessary as a result of Scottish devolution. However, the spokesman could not explain the constitutional logic of the boundary alteration.

The spokesman said the area, transferred to English limits, would be policed by Ministry of Agriculture, Fisheries and Food protection vessels rather than the Scottish Fishery Protection Agency.

The UK oil market is volatile at the best of times. But the last year has been extraordinary even by those standards. A year ago the price came close to $140 a barrel. At that price many thought the commodity overpriced and oil producers came under international political pressure to do something.

King Abdullah of Saudi Arabia, the world’s largest oil producer, took a unilateral decision to increase production and the resulting glut brought about a significant drop in the price of a barrel of oil. At one time it was trading at less than $40 per barrel.

Other OPEC countries, not so oil rich require the selling price to be in excess of $80 per barrel and Saudi Arabia has been under pressure for some months to cut back on production allowing prices to stabilise around the higher figure.

As at March 2015 the price of a barrel rose to nearly $60 but the market remains unstable due to continued speculation in the commodities markets and an over production of US shale oil. Projections are however that normality will be achieved in the summer of 2015.

There remains concern however that the Bank of England’s policies of expanding the money supply and continued heavy government borrowing might result in increasing levels of inflation. Buying up and storing cheaper oil and other commodities provides some protection against that for investors.

But, as on prevous occasions lower commodity prices created a welcome mini-recession driving down the cost of living index allowing the government an opportunity in the March 2015 budget to stimulate the economy giving away windfall finance to the electorate forming part of an electioneering campaign.

The drawback for the oil industry and the economy is that lower selling prices do not provide incentive for investment in exploration and exploitation of existing/new oil fields.

The government’s belated response was to ease the tax burden on the producers providing the finance necessary to allow continued investment. http://www.oilofscotland.org/scottish_north_sea_oil.html#new_oil_gas_fields

The story of how successive Labour and Conservative governments worked behind the scenes to discredit the Home Rule movement and the SNP – as revealed through once secret papers now available from official archives https://www.youtube.com/watch?v=dM0JsBjcx2E http://www.theguardian.com/politics/scottish-independence-blog/2013/jun/07/scottish-independence-oil-gavinmccrone 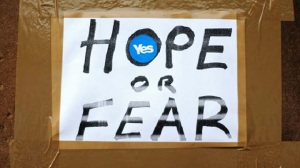 This is incredible – The BBC! Full of UK MPs saying that there is a supply excess which will last for at least 4 decades, without new exploration. Yet they claim this is a liability for an Independent Scotland and that it is running out! Scotland – we need to see through the lies and see the benefit of this resource for our families, our kids, our grandkids https://www.youtube.com/watch?v=V_9iod_IWmw

For more than five decades successive Conservative and Labour UK Governments resorted to spying and sabotage to discredit the Home Rule movement and Scottish National Party members and supporters – as revealed through once secret papers now available from official archives. https://www.youtube.com/watch?v=A4AbavFrsn8