Salt And Your Health

Our bodies need a little bit of salt to survive, but the amount we eat is far more than we require. Evidence has shown that regularly eating too much salt puts us at increased risk of developing high blood pressure. High blood pressure is the main cause of strokes and a major cause of heart attacks and heart failures, the most common causes of death and illness in the world.

Here are some common questions answered about salt:

1. What is salt? By salt, we mean table salt, which is otherwise known as sodium chloride. It is the biggest source of sodium in our diets and it’s this sodium that’s the problem in relation to blood pressure. While we do need some sodium in our diet to help regulate fluid in the body, it’s unusual for us not to get enough – and only too common for us to have too much.

3. Why are we going over this limit? Many people unfortunately don’t realise they are eating too much salt. That is because about 75% of the salt in our diet comes from process foods. It’s not just in ready meals, soups and sauces, though – keep an eye on everyday foods such as breads and cereals, as well as sweet foods harbouring a salty surprise. Foods don’t necessarily have to taste salty to be salty. This is one of the reasons it can be tricky to reduce our salt intake, as it is often already in the foods we buy, and we can’t take it out.   See more at: http://www.actiononsalt.org.uk/salthealth/index.html#sthash.ROdMjH0H.dpuf 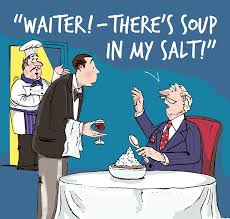 After the collapse in public trust triggered by a number of high-profile outbreaks and deaths from foodborne illness including the BSE crisis, civil servants within the then Ministry of Agriculture Food and Fisheries were perceived as having put the interests of producers ahead of those of consumers. It was felt that it was inappropriate – and dangerous – to have one government department responsible for both the health of the farming and food processing industries and also food safety.

The Agency soon lost it’s way embarking on major investigative projects requiring increasing numbers of staff and ran head on into controversy about the health claims of organic food and even the role of GM foods whilst being heavily criticised for expensive and questionable research and fruitless public consultation exercises.

It tried to be open to scrutiny with “open board meetings” available for public viewing on the web and even award-winning health advertising campaigns had a short lifespan, with budgets axed. Ultimately, it was the FSA’s difficult relationship with the powerful food industry which undermined its effectiveness and claims to be independent, after manufacturers successfully lobbied in Europe to put an end to its attempt to secure a universal system of “traffic light labelling” for food and drink products. http://www.telegraph.co.uk/news/health/news/10776079/Salt-levels-in-many-foods-unnecessarily-high.html 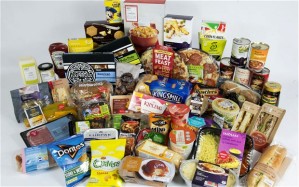 2010: Victory for food manufacturers – Food Standards Agency To Be Abolished By Health Secretary

The Food Standards Agency is to be abolished by Andrew Lansley, the Health Secretary, it emerged last night, after the watchdog fought a running battle with industry over the introduction of colour-coded “traffic light” warnings for groceries, TV dinners and snacks. The move has sparked accusations that the government has “caved in to big business”.

As part of the changes Lansley will reassign the FSA’s regulatory aspects – including safety and hygiene – to the Department for Environment, Food and Rural Affairs (Defra). Its responsibilities for nutrition, diet and public health will be incorporated into the Department of Health.

Andrew Burnham, Labour’s health spokesman, said: “Getting rid of the FSA is the latest in a number of worrying steps that show Andrew Lansley caving in to the food industry. It does raise the question whether the health secretary wants to protect the public health or promote food companies.” http://www.independent.co.uk/life-style/food-and-drink/news/food-standards-agency-abolished-2024489.html

But New Labour Claimed to Have Resolved These Difficulties in 2000!!!!!

Sadly this is not the case: successive Tory, Labour and Con/Dem Westminster governments get huge donations from wealthy individuals in return for honours. Big business gets its reward in the form of contracts, lax government regulation and, most importantly, governments that implement a pro-big business agenda, ideologically insistent on privatisation, cuts and anti-working class measures.

David John Sainsbury, Baron Sainsbury of Turville, served as the Chair of Sainsbury’s, the supermarket chain from 1992 to 1997. He was made a life peer in 1997, and currently sits in the House of Lords as a member of the Labour Party. He served in the government as the Minister for Science and Innovation from 1998 and 2006 and gifted Tony Blair’s New Labour Party a vast amount of money over the period 1996-2006 (£15m). What did he get in return? A peerage and the post in government as Minister of Science were just two rewards of note.

Elected in 1997 the Blair government continually backed down on attempts to protect the health of the UK population by regulating the food industry. In 2006 the nation witnessed yet another government climbdown on a solemn promise to force food manufacturers to cut salt levels in our food. The plan was to reduce personal daily intake by 10gm to 6gm over the period ending in 2010. The target was revised upwards by the government to 8gm, where it remains as at March 2015. According to health experts, an extra 126,000 UK citizens will have died in the period 2006-2015 as a direct result of the revised policy .

The Food & Drink Federation representing Sainsbury’s and other supermarkets greatly welcomed the relaxed targets. Companies such as, Somerfield, Safeway, Waitrose and Tesco also donated money to Blair and New Labour. So it is not only over Iraq and Afghanistan that Blair and New Labour has “blood on their hands”.

The Circle is Complete

In terms of food standard controls the UK, was to be returned to before the year 2000. All measures considered necessary and put in place as a result of recurring failures by the food industry to ensure the safety of the public to be set aside and replaced with the original inadequate control systems.

Supermarket profits are being hit hard, for many reasons and an ever increasing need to cut costs is placing food standards at risk as supplier costs are reduced. Recent unsatisfactory incidents, such as horse meat, exposure of extremely high and unacceptable levels of Campylobacter in chickens is causing public concern.

The Scottish SNP government took the view that these new arrangements were unacceptable to Scotland and, following a period of intense discussion gained approval of Westminster to set up food standard monitoring body which would report to the Scottish parliament. 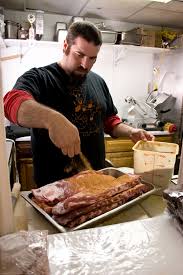 More than 70 percent of fresh chicken sold in British supermarkets is contaminated with the campylobacter bug, with Asda reporting the highest incidence rate.The investigation, conducted the Foods Standards Agency (FSA), showed that number of chickens contaminated by the campylobacter bug, which is the biggest cause of food poisoning in the UK, had risen from 59 percent in August.

Overall, none of the supermarkets came out well, with all failing to meet the official target of having less than 10 percent of their chickens contaminated. Roughly 90 percent of all fresh chickens come from the intensive farms and abattoirs of just five processing companies.   http://www.independent.co.uk/news/uk/home-news/chicken-bug-seven-things-you-need-to-know-9888104.html

The Food (Scotland) Bill to set up a stand-alone food safety, standards and nutrition body in Scotland has passed into law. The Bill had passed through parliamentary scrutiny at Stage 3 of the process on 9th December 2015 and received Royal Assent from Her Majesty the Queen on 13th Jan 2015. This step creates the Food (Scotland) Act 2015 and paves the way for Food Standards Scotland as a Legal Entity.

The Scottish Food Standards Ageny will operate from 1 April 2015. Common sense at last removing food standard controls from the supplier to the public of Scotland. http://blogs.scotland.gov.uk/newfoodbodyforscotland/2015/01/16/food-scotland-act-2015/ 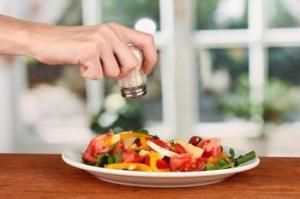 Remember the foregoing on 7 May 2015. Labour MP’s always vote in the UK National interest which is increasingly at odds with the interests of Scotland.  SNP MP’s vote only in the interests of their electorate in Scotland. You know it makes sense.