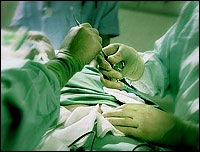 The TTIP agreement will be signed off this year. It will be an all encompassing agreement without exemptions except where opt-outs are in place at the time of signing. Mr Cameron and the Westminster government will represent the UK (including Scotland) and as such any commitment by Westminster will be binding upon Scotland, including areas presently devolved to Scotland. The NHS in Scotland will be up for grabs by private healthcare except that it is made clear the TTIP does not apply to areas proscribed by the Scottish parliament and this is not clear at the time of writing. Time is not on Scotlands side. 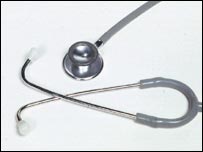 Health watchdogs have named 25 UK hospitals which have bought potentially contaminated body parts allegedly stolen in the US. In one case a bone from New York was used in a hip replacement operation at the Royal National Orthopaedic Hospital, in Stanmore, Middlesex. It has also emerged that some patients have not been told about concerns surrounding implanted bones. In total 82 bone parts were used in so called allograft operations involving potentially dozens of UK patients. The source of these bones are dead bodies in the US. There are concerns that some of them may have been stolen.

Police in New York are investigating claims that the managers of a company called Biomedical Tissue Services took body parts without the consent of next of kin. They have also been accused of falsifying safety records which might otherwise have shown if the tissue or bone was infected with diseases such as HIV or hepatitis. The bones were eventually bought by a Swindon-based company which sold them on to hospitals in the UK. Following the US investigation the company recalled all the unused bones in October 2005.

In the US the regulatory authority the FDA has advised doctors to offer patients testing to check if they have contracted any diseases from possibly infected bones and tissue. In the UK the Medicines and Healthcare Regulatory Authority has concluded that the possibility of infection is low and has left it up to individual hospitals to decide whether to tell patients what has happened.

The BBC has learnt that patients treated at the Royal London Hospital, Guys Hospital, and the Royal National Orthopaedic Hospital have not been told about the recall of bones or offered follow up tests. Other hospitals such as Mayday University Hospital in South London and Airedale General Hospital in Keighley have been told about concerns surrounding the source of their bone implants.

Other hospitals returned bones they had bought before they were implanted. The Northern General Hospital in Sheffield says it returned a whole arm bone costing over £700. The MHRA has sent out a letter to the NHS Trusts affected by the recall advising that follow up tests are unnecessary. A spokesman said it was up to doctors to decide whether to tell their patients about the bone recall. The full list of hospitals, uncovered by the BBC, is: 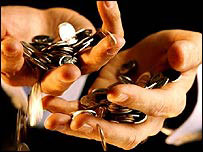 this is one area of competition we can do without. Health care is too important to give it away to the private money making sector. Regulations like this are allowing corporations to sue governments for not allowing them to exploit their resources! This is shockingly evil! this must be stopped immediately!﻿ https://www.youtube.com/watch?v=E2AMNmigWzQ&feature=youtu.be

War on Want Executive Director, John Hilary, said: “The European Commission can no longer be in any doubt as to the strength of public feeling against this transfer of power to big business. Record numbers have said no to the prospect of corporate courts in Europe, yet the EU is still pressing ahead regardless. The TTIP negotiations should be abandoned rather than risk an end to our national democracy.”

Hilary continued: “The UK government has a particular case to answer, in that it has led the group of 14 EU governments demanding to keep these new anti-democratic powers in TTIP. David Cameron and Vince Cable are selling us down the river, and they should be held to account.”http://www.waronwant.org/news/press-releases/18263-eu-condemned-for-supporting-corporate-courts-

The vast majority of these agreements do not include the kind of guarantees that the EU would like to see. This will also have to be an important element of our reflection when considering how to best deal with the question of investment protection in EU agreements, as failure to replace them by more advanced provisions will mean they remain in force – with all the legitimate concerns they have been raising over the last months”, the Commissioner highlighted.
http://trade.ec.europa.eu/doclib/press/index.cfm?id=1234

Secrecy is trade negotiators’ stock-in-trade, and it has allowed them to sneak through rules on topics such as copyright and patents that would never pass muster under public scrutiny. EFF has not hesitated to call them out over this, whether the trade agreement in question is the Trans-Pacific Partnership, the Transatlantic Trade and Investment Partnership (TTIP) between Europe and the United States, or the Trade in Services Agreement (TISA).

But we also gave credit last year to Europe for committing to make some incremental changes to improve the transparency of the TTIP neogtiations, by releasing its negotiating texts and giving access to all TTIP texts to members of the European Parliament. We weren’t alone, being joined by 47 other civil society groups and experts from around the world in calling on the TPP negotiators to follow Europe’s lead on transparency. https://www.eff.org/deeplinks/2015/01/europe-releases-its-ttip-proposals-intellectual-property